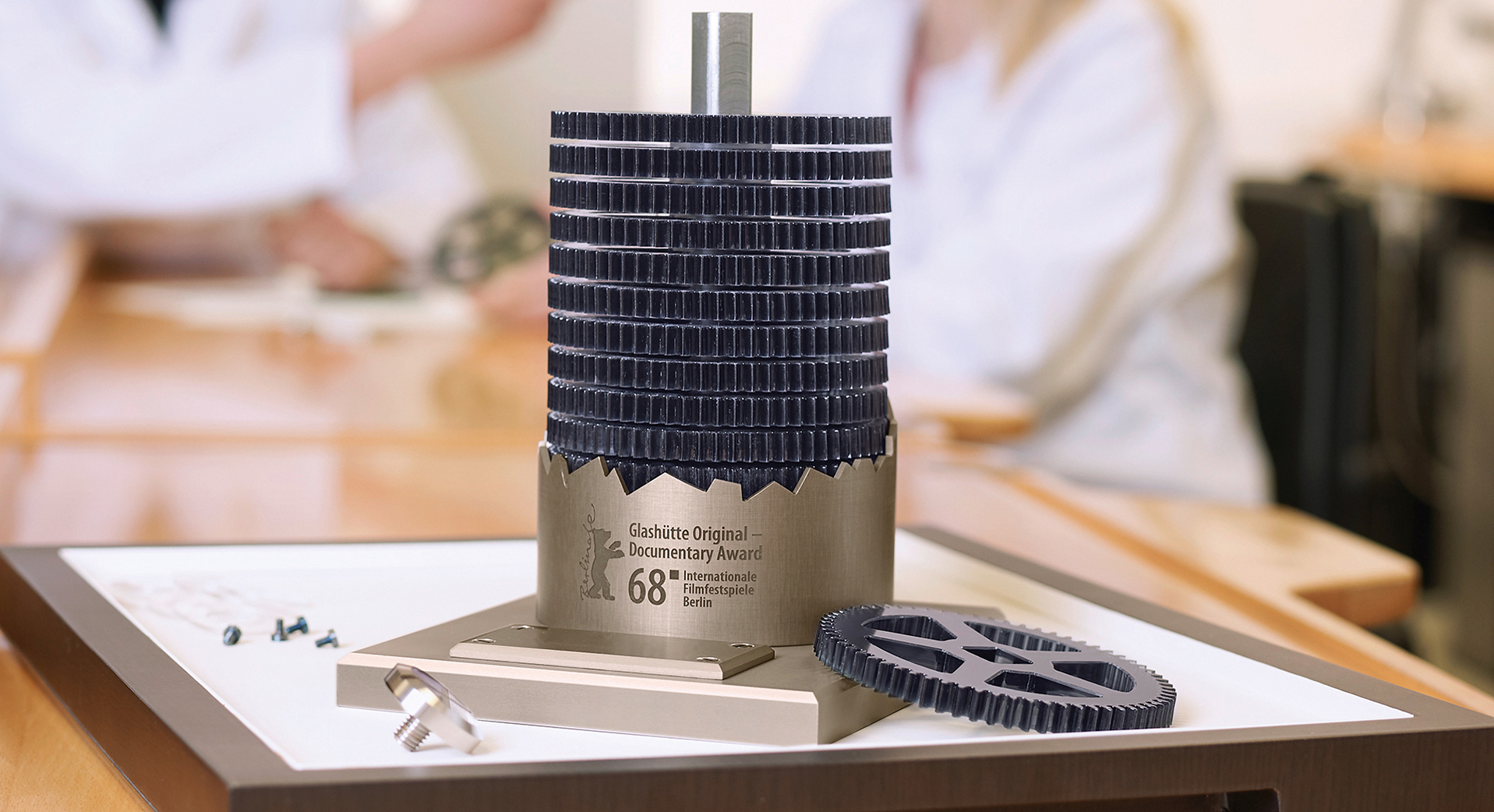 For the second time ever, the Berlin Film Festival will present the Glashütte Original – Documentary Award. This prize, established in 2017, comes with a prize of 50,000 Euros and a trophy. The amount is to be divided between the director and the producer of the selected documentary film.

There are 18 entries in contention for the Glashütte Original Documentary Award this year, from the current programs involved. These range widely, from the Competition to the Berlinale Special, from Panorama, Forum, Generation and Perspektive Deutsches Kino and even the special presentation Culinary Cinema.

The Berlinale Palast will play host to the official award ceremony on February 24.

The winner will be selected by a three-person jury, whose achievements and range are equally impressive.

There is Cintia Gil from Portugal, who studied at the Escola Superior de Teatro Cinema and holds a degree in Philosophy from the Faculty of Arts and Humanities at the University of Porto. Gil and Davide Oberto have served as co-directors of the Doclisboa, Portugals’s most important documentary film festival. Cintia Gil has been curator to multiple film series and exhibitions both commercial and historical. She has also served on the executive board of the Apordoc-Associacāo pelo Documentário since 2015. Gil is a regular guest at panels discussions, conferences, and on juries.

Ulrike Ottinger from Germany is a Berliner by choice, and by the 1970s had already established herself as one of Germany’s most important and versatile directors. She also wrote the scripts and ran the camera for her best known films, including The Enchantment of the Blue Sailors (1975); the “Berlin trilogy” – Ticket of No Return (1979), Freak Orlando (1981), and Dorian Gray in the Mirror of the Yellow Press (1984); as well as The Korean Wedding Chest (2008); and Johanna d’Arc of Mongolia (1989), for which she received a German Film Award and the Audience Award at the Montréal Women’s Film Festival. Ottinger is a regular at the Berlinale. Most recently, in 2011, she presented Under Snow; in 2016, the 12-hour documentary Chamisso’s Shadow, which opened the Forum and won the German Film Critics Award. Ottinger’s works have often been shown at renowned institutions, such as the Cinémathèque française, Centre Pompidou, New York’s MoMA, and the documenta in Kassel.

Eric Schlosser from the USA is an investigative journalist, playwright, screenwriter, and filmmaker. His book “Fast Food Nation: The Dark Side of the All-American Meal” (2001) became an international bestseller and contributed decisively to the growing rebellion against the industrialisation of food production. In 2014, his book “Command and Control” became a finalist for the Pulitzer Prize. As a producer, he worked on Richard Linklater’s screen adaptation of Fast Food Nation (2006), Paul Thomas Anderson’s There Will Be Blood (2007), and the Oscar-nominated documentary Food, Inc., which screened in the Berlinale Special in 2009. As co-director of The Bomb, the simply named experimental film on the history of the atomic bomb, Schlosser was invited to the Berlinale Special in 2017.

The Watch World On Hiatus

Power on the Sea