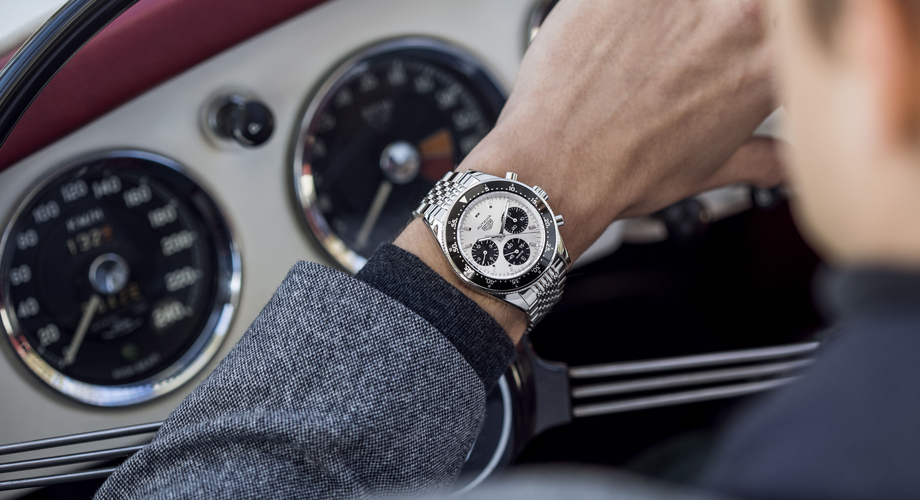 Back in 1932, the powers-that-be (deity of your personal choice, we don’t judge) gave the world Jack Heuer. And thirty years later, in 1962, Jack Heuer gave us the Heuer Autavia wristwatch chronograph.

Now, to celebrate Jack Heuer’s 85th birthday, TAG Heuer is celebrating by making a limited-edition of the Autavia in his honor. It’s kind of like the child honoring the father, so in a sense, the whole thing is a family project. It’s just that 1,932 lucky people get to participate as well.

The new reissue of the Autavia, limited to 1,932 pieces, is actually designed by Jack himself, which makes this kind of a circular gift, in more ways than one. Certainly he can never complain that nobody asked him what he wanted. The new Autavia is very true to its original roots, but it has many things about it that remind us how much has changed.

When the original Autavia wristwatch was designed back in 1962, Jack Heuer was looking to make a watch that would capture the spirit of motor racing, but also serve the needs of those who loved that sport. In its very first incarnation, back in 1933, the Autavia was originally designed as a dashboard counter. The Autavia was a dedicated tool, a timepiece meant specifically for the needs of the road and the track… and the sky, for that matter, since the Autavia was also designed for aerial racing. (The name “Autavia” is actually a fusion of “automobile” and “aviation.”) It’s kind of a cool coincidence that the original Autavia was born not long after Jack Heuer himself.

The new 2017 model is different in many ways. It is larger, at 42mm compared to the original’s 39mm. It has a self-winding caliber, an 80-hour power reserve, and water resistance good to a hundred meters. The hands and indices are coated with Super-LumiNova®.

But it retains much of the look of the past, as well. Mushroom pushbuttons, for ease of use. A ridged crown, giving a better grip even if the user is wearing gloves. The “grains of rice” steel bracelet for that retro look and feel. And of course, the Autavia bears the original Heuer logo.

Heuer himself says, “The story of the Autavia is a rich drama, full of twists and turns. It is one of my proudest achievements to have successfully converted chronographs into the Autavia wristwatch in 1962, so this collection has a special place in my heart: It was the very first timepiece that I designed, and today I am proud to present the last watch that I have created!”

The pride of the past, the best of the future… the new Autavia is a fitting birthday present for the man who, after all, gave it to us first.