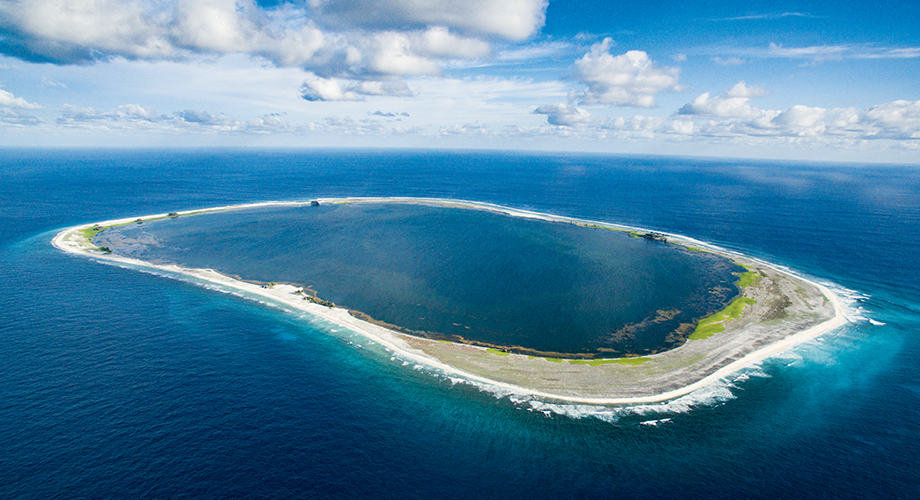 Clipperton Island is an atoll (a ring-shaped island or reef) located in the eastern Pacific Ocean, 1,081 kilometres from Mexico, and is an overseas minor territory of France. It was named after English pirate John Clipperton who is said to have used it as his base of operations.

Its waters were once teeming with life and offered its own ecosystem. But today, it is under threat because of illegal commercial fishing and pollution. The waters around the island is also critical for the migration of a number of threatened species of shark and pelagic.

Earlier this year, Oris announced its sponsorship of The Clipperton Expedition led by N2Pix, a company that specialises in underwater imagery and expeditions. N2Pix is owned by Canadians Michel Labrecque and Julie Ouimet. The expedition aims to gather data to help develop existing shark migration theories, to effect a lasting change that will preserve the island’s ecosystem, and to raise awareness Clipperton plays to the migrating species.

To further help the island and its waters, Oris launches the Oris Clipperton Limited Editions divers’ watch based on the brand’s famous Aquis series. This stainless steel watch measures 43.5 mm and is water resistant to 300 meters. The automatic movement Oris Cal. 733 powers this watch. To keep the dial and hands as visible as possible, its domed sapphire crystal has anti-reflective coating on the inside.

The dial is rendered in a gradient blue, reminiscent of the waters around the atoll. The hour and minute hands, along with the “lollipop” seconds hand, are filled with Super-Luminova®. The unidirectional rotating black ceramic bezel is finished with a 60-minute counter. The stainless steel case back is embossed with the image of Clipperton Island and its coordinates.