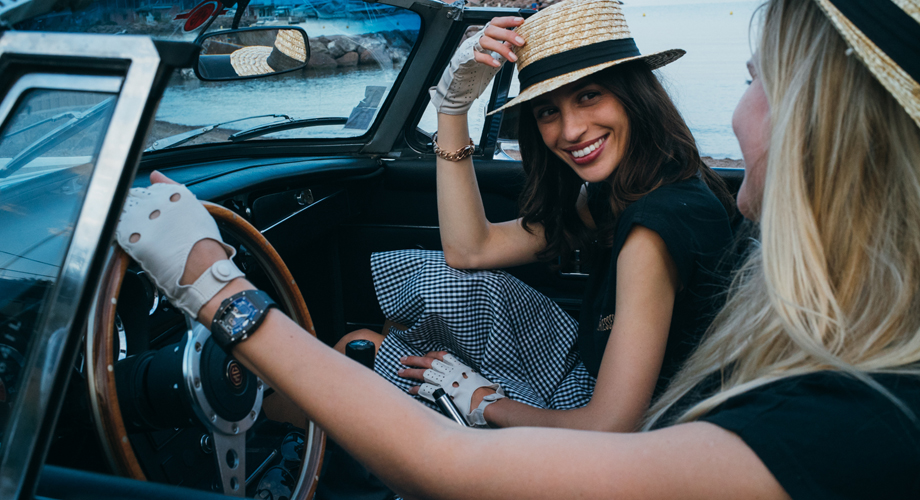 Not everyone may realize this but motorsport is not an exercise exclusive to men. Yes, there have been, and are, many successful female drivers who regularly participate in many motorsport events all over the world. But not everyone knows that there is a race that men are absolutely not privy to.

Patrick and Viviane Zaniroli are the founders of Zaniroli Classic Events, an organization that organizes motor sport events exclusive to classic cars. Indeed, for more than twenty years, thousands of teams have revved up their engines for Zaniroli’s classic events. But it was Viviane who understood that modern women have become increasingly attracted to the thrill of driving.

“They love beautiful cars, their luxury, their curves, whether ancient or modern. Today in France, one in two drivers is a woman!” Thus, in 1999, both she and her husband created the Rallye des Princesses, a revival of sorts of the Rallye Paris – Saint Raphaël Féminin of the 1930s.

Today, Viviane practically steers the rally that has been called, “a glamorous springtime love affair from Paris to the Riviera,” all by herself and brings together elegant and glamorous women for six days of driving across more than 1,600 kilometers of beautiful French countryside.

Split into five totally unique legs, along the most delightful French country roads from Paris to Saint Tropez, the Princesses’ Rally is tackled without GPS or a map, with the teams relying only on road books to guide them from point A to point B, well, that and their Richard Mille timepieces, of course.

Didn’t we mention that Richard Mille has been the main sponsor and official timekeeper of the Princesses’ Rally for the past three years? In fact, its been called the RICHARD MILLE PRINCESSES’ RALLY since that time.

Starting at the prestigious Place Vendome in Paris and reaching the Font du Broc château before heading towards the finish line at the iconic Place des Lices in Saint-Tropez, this year’s edition saw a total of 100 all-female crews and a spectacular field of cars ranging from classic Porsches, Jaguars, Ferraris, Alfa Romeos and Mercedes Benzes take part in the 18th Richard Mille Rallye des Princesses.

Capping off a week of challenging and densely packed stages, the awards ceremony was held on the Moorea beach in Ramatuelle, where Véronique Castelain and Stéphanie Wante in their Porsche 911SC was awarded the overall winner of this 18th Richard Mille Rallye des Princesses.

Second place went to Catherine Proust and Dominique Gobeaux in their Triumph TR5; Adeline Pacquiers and Helena Euvard in their Triumph TR6 came in third; while, former leaders Nadia Moreau and Valérie Dot came in fourth after a disastrous last day in their Ferrari 328 GTS.

Friendly competition, a true sporting spirit, and the empowerment of women are the forces that drive Richard Mille and the Rallye des Princesses, whose ties, by the way, become more indelible with each passing edition. Especially when it comes to the Parti des Enfants, a collective of some twenty associations dedicated to children suffering from illness, which the Richard Mille Rallye des Princesses once again supported this year.

Rated France’s, nay, Europe’s #1 all-women motor sport event, the annual Rally of the Princesses has become so successful that reservations for the next year’s rally usually fills up only a few days after the current one ends. Apparently, this one was no exception.