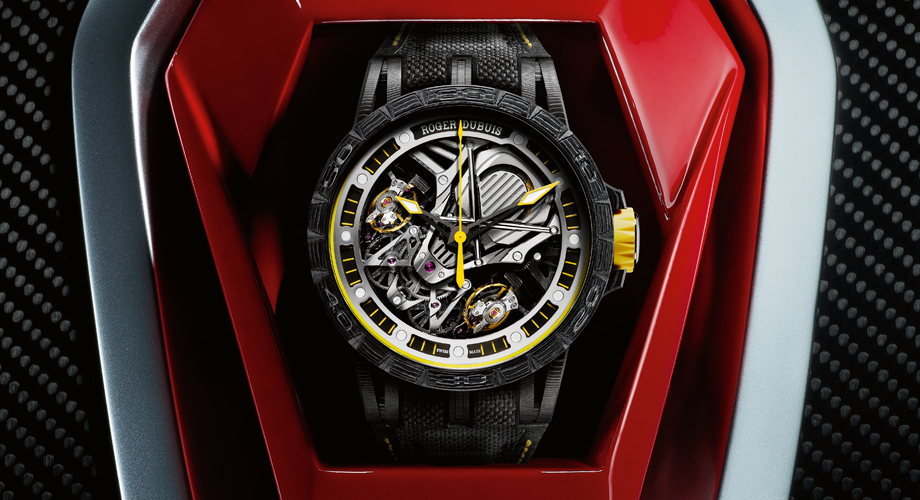 The Lamborghini Aventador is a mid-engined exoticar that made its debut on February 28, 2011 at the Geneva Motor Show. Created to replace the aging Murciélago as Lamborghini’s hyper-car flagship model, the mid-engined hyper car, internally codenamed LB834, was named after a fighting bull; this particular one was a bull that fought valiantly in the bullring of Zaragoza, Spain in 1993 called Aventador.

Reception to the original Aventador was nothing short of ecstatic, with the likes of Car and Driver calling it “The best Lamborghini ever.” And on December 19 last year, Lamborghini debuted what is possibly their best Aventador yet in the Aventador S. “Brutally powerful and obscenely flamboyant,” said Car and Driver, “The Aventador is unburdened by reality.”

After driving the new car earlier this year in Valencia, Spain our own Editor-in-Chief, Carl Cunanan said, “The new S takes all that aggression and anger and focuses it, it will listen a bit more. Until it doesn’t.” So the old fighting bull hasn’t lost any of its feistiness, then. And like the best automotive machines finding their horological “soul mates,” the Aventador S found its own in the Roger Dubuis Excalibur.

“The best of Italian aesthetic flair and performance combined with the ultimate in Swiss precision and mechanical instruments,” Roger Dubuis launched the Excalibur Aventador S at the legendary Lamborghini headquarters in Sant’Agata, Bolognese last September 20.

And to start off this new 5-year high-powered partnership between Lamborghini Squadra Corse (the division specializing in motorsports) and the Swiss watchmaker, Roger Dubuis is releasing the rather imposing 45mm Excalibur Aventador S in two versions, both of which are labeled with the Geneva Seal but in two different color schemes, materials, and availability.

Both vehicles are driven by the Duotor, a newly developed calibre inspired by the Aventador S engine distinguished by engine strut bars that hark back to the iconic Roger Dubuis Astral Skeleton principle. And equipped with a Lambo-inspired transparent “hood,” both watches showcase the Duotor RD103SQ movement in all its bullish glory.

Essentially half of Roger Dubuis’ quadruple-balance wheel Quatuor movement, the Duotor calibre was built from scratch entirely in-house and features the manufacture’s first ever deadbeat seconds complication. The movement has two inclined escapements connected via a differential. Thus, the two balances regulate one another while compensating for positional errors resulting in a more reliable and accurate rate compared to a watch with ‘just’ a single sprung balance.

Best of all, this new calibre strikes a bullish pose with a double balance wheel inclined to mimic the performance-enhancing longitudinale posteriore (the LP, standing for longitudinal placement) Lamborghini engine supported by holders shaped like triangular wheel suspension assemblies.

In pole position is the 88-piece limited edition Excalibur Aventador S “Giallo Orion,” flourished with yellow accents on a case made of multi-layered carbon composite that takes the familiar Excalibur design cues and ramps it up to hyper-Lamborghini proportions. This means that despite the large 45mm diameter, this watch remains exceptionally light, with weight further reduced through the skeletonization of the caseband and lugs.

But that’s not all from spring 2018 onwards Roger Dubuis will become one of the main sponsors of the Lamborghini Super Trofeo, the now-legendary Lamborghini one-make race series. Which is why the even more hyper-exclusive, C-SMC Carbon-built “Arancio Argos” edition makes its debut as well.

This time accented in orange-livery, the limited-to-only-eight-pieces Arancio Argos edition is the twin of Giallo Orion but has a case and movement bridges forged in C-SMC Carbon, which is based on the same technology that Lamborghini uses to build its cars.

So a car manufacturer whose specialty is building ultra-expensive, ultra-mad hypercars gets together with a watchmaker known for building ultra-exclusive, ultra-sophisticated mechanical watches, both of which have allowed their supercar and super-watch DNA to remain intact for the end-result?

ORIS Heads East to Help Save the Hangang River

ORIS’s mission to bring Change for the Better is designed to help clean, protect and restore the world’s water, the source of life.

The independent Swiss watch company celebrates its roots with the first of a series of limited edition pieces.