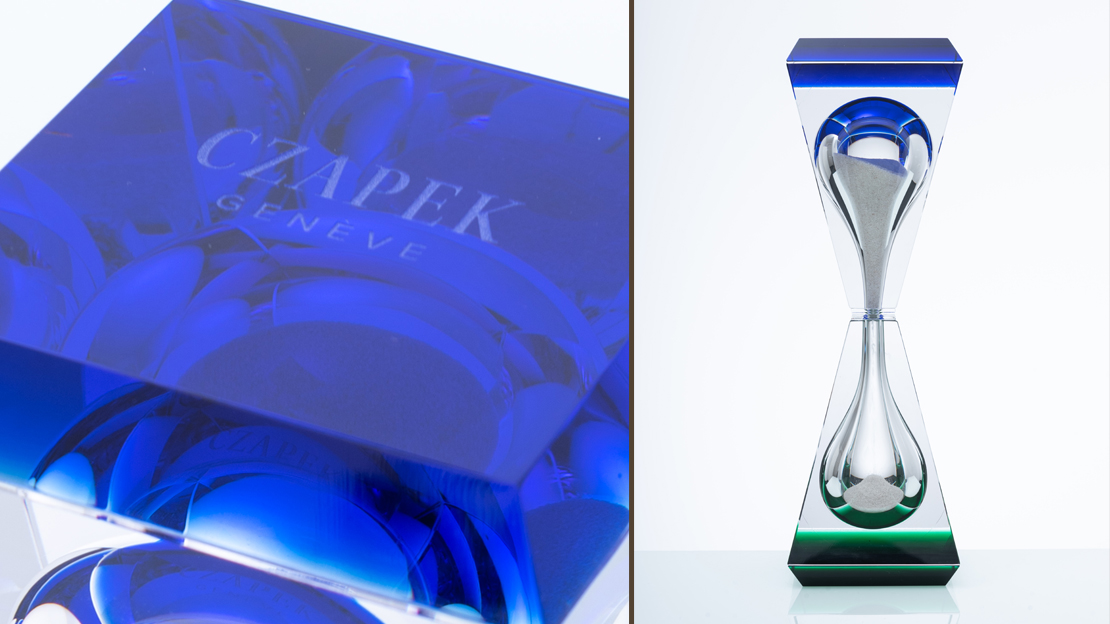 ON THE one end of the spectrum are extremely accurate atomic clocks — or even the Citizen Eco-Drive Caliber 0100, for that matter, which is reckoned to keep time to within a second a year. On the opposite end are stuff which, while still tracking the passage of time, are less rigid about the whole deal, a bit more laidback. Poetic, even.

Because in these contraptions early man managed to take an eternally shifting, recalcitrant element such as sand and used this to mark time’s passing. It is an achievement, no doubt.

Now, for brands like Czapek & Cie and Moser Glassworks, both of which embrace a classical approach to craftsmanship and aesthetics, creating an hourglass seems quite a natural move. So it isn’t surprising the two have done exactly this, and have actually created an 18-piece collection of this emblematic time-teller. Called Sands of Time, the hourglass is now sold in the two brands’ boutiques.

“For Czapek and Moser craftsmanship is a fundamental value, as well as the search for absolute beauty and aesthetic perfection,” explains Czapek & Cie CEO Xavier de Roquemaurel, who noted the companies’ affinity goes deeper than merely sharing founders who were both born Czech.

The Sands of Time hourglass is completely handmade. Standing 22.5 centimeters’ tall, it is fashioned from glassmaking silica sand in its purest form — quartz — for which Moser is famous. Moser says it remains among the few in the world to use this material.

Added to the Moser crystal is a combination of lead-free oxides, which are used to color the material. The base mixture is then fired, melted into enamel, and then cast into handcrafted wooden molds. The material is shaped into an hourglass by Moser’s master artisans, who blow air into the glass form. Then this is cooled down by water, after which it is polished and cut by hand.

Drawing on the similarities between horology and fine glassware making, Moser Glassworks CEO Frantisek Schneider says the “magic of watchmaking and glassmaking lies in the human touch of extremely talented artisans with years of training, hard work and experience.”

Interestingly, the hourglass counts out only five minutes. For de Roquemaurel, this is just enough; obviously he believes in the idiom “take five.”

“In today’s hectic life, it is important to take five minutes, be that to meditate, cultivate self-awareness, breathe or pray. Five minutes for yourself can put you in just the right spirit for your daily routines,” he says.

And watching the moments slip by through an hourglass is simply poetic.