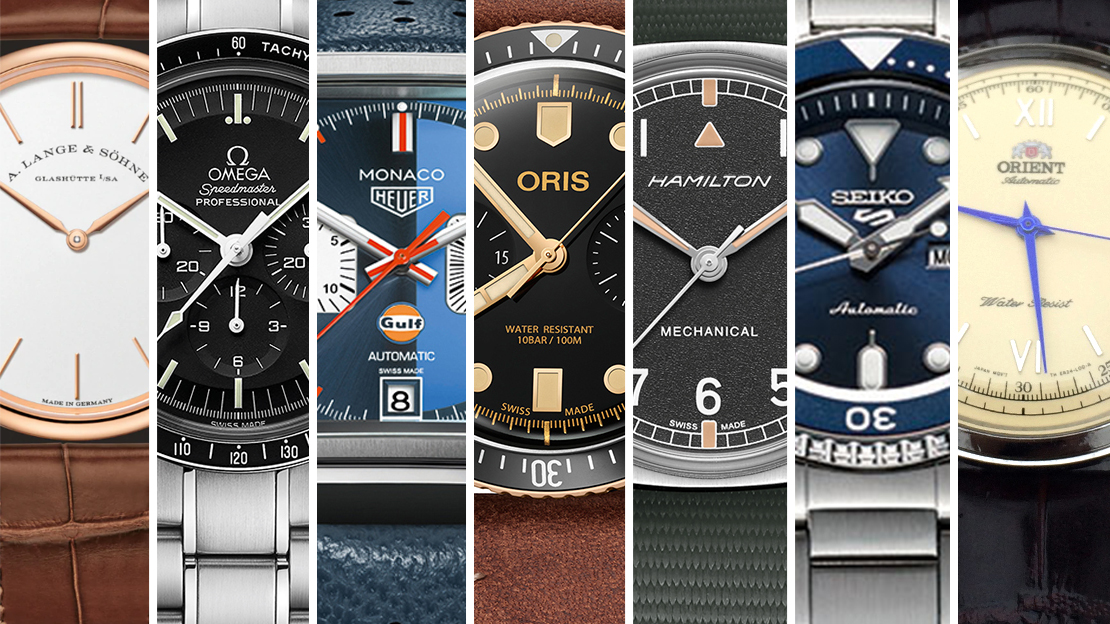 In this age of COVID-19 where social distancing and various stages of quarantine reigns supreme, it can be easy to forget that there are more important things in life than this pandemic. However, when Manila was practically shut down in the middle of March and people were trapped inside their homes, what became evident was how important family is to each person.

Believe it or not, this coming Sunday – June 21 – is already Father’s Day. A year ago, this would have been just another jam-packed day at the mall. This year though might be a bit different. Celebrations would probably be subdued, and the whole day likely spent at home with family.

Regardless of how and where you spend Father’s Day, this is still a special day to honor one of the most important person in our lives. As someone who we literally owe our lives to, there is nothing more fitting than giving our fathers the ‘gift of time.’ For any guy, there’s nothing that says “I love you” more than a nice watch.

For this year’s Father’s Day, we chose 7 watches (with no waiting list) for people with varying budgets. However, each one is imbued with the same quality of making our hearts beat just a little bit faster. And we hope that your fathers would also feel the same way about them.

We have taken the liberty of listing our picks in descending order in terms of price/ affordability.

1. ANY A. LANGE & SÖHNE SAXONIA
Nothing speaks of understated elegance more than the Lange Saxonia. Coming from a German brand that more than holds its own against the best of Switzerland, the Saxonia is the ultimate gift for fathers who already have everything.

2. OMEGA SPEEDMASTER PROFESSIONAL (MOONWATCH)
There is nothing quite like the allure and mystique of space. The Omega Moonwatch is in a class of its own when it comes to pedigree. As the first watch worn on the moon, nothing can or will match its place in history. The Moonwatch is for fathers who can appreciate its storied past, and the greatness of the human spirit as represented by this timepiece.

3. TAG HEUER MONACO CALIBRE 11 (STEVE MCQUEEN) / TAG HEUER MONACO CALIBRE 11 GULF EDITION
The TAG Heuer Monaco Calibre 11 is the perfect watch for fathers who are also ‘car-guys.’ Worn by the King of Cool himself at the movie Le Mans, the Monaco is an icon in its own right. After a lot of iterations and changes since the watch was launched in 1969, the Monaco went back to its roots and reissued the Calibre 11 back in 2015. This reissue is now an integral part of TAG Heuer’s line, and is a must-have for any watch enthusiast.

If the classic Calibre 11 Monaco doesn’t appeal to you, the Gulf Edition released in 2018 is another excellent option. Though it may not have the same history as the classic Steve McQueen Monaco, it does celebrate the brand’s historic motoring tie-up with Gulf Oil. And it is just simply beautiful.

4. ANY ORIS DIVERS SIXTY-FIVE
Fathers with an independent streak would definitely appreciate the Oris Divers Sixty-Five. Prior to its release in 2015, Oris wasn’t known as a brand that normally reissues any of its watches. What initially started as a modern re-imagining of a popular model during the 1960s has since evolved into a full-fledged line of vintage-inspired dive watches that now include even bronze releases and chronographs.

5. HAMILTON PILOT PIONEER MECHANICAL
The Hamilton Pilot Pioneer Mechanical is for fathers with a soft spot for history. A remake of the storied Hamilton W10 that was issued to the Royal Air Force pilots during the 1970s, the Pilot Pioneer Mechanical is an affordable yet interesting entry point to the world of military watches. It has almost all the looks of the W10, but without the aches and pains of owning a vintage watch.

6. SEIKO SKX007 or SKX009/ ANY NEW SEIKO 5 SPORTS
A Father’s Day list won’t be complete without a Seiko. In this case, we recommend the Seiko that has transcended social class and budget – the SKX007 (with black bezel)/ SKX009 (Pepsi-colored bezel). This is a watch that you can (and will) wear anywhere and at any time.

Though still widely available, the sad fact of the matter is that the SKX007 and SKX009 are both discontinued. A more accessible and easier to find alternative to these would be the new Seiko 5 Sports line which actually serve as the direct replacement to these 2 SKX models. Though not full-fledged dive watches like the SKX007/ SKX009, the Seiko 5 Sports line retain much of the aesthetic design cues of these 2 classic models.

Assuming you go out to hunt any of these watches, we advise everyone to exercise extreme caution. Stay safe and please take care at all times.

Happy Father’s Day to all!