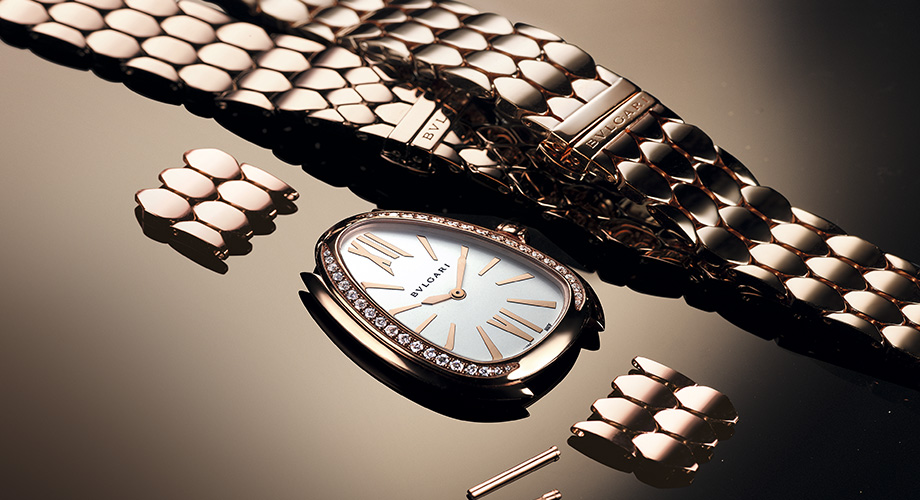 The Bulgari name is an established Italian brand but it actually traces its roots a little further east, to Greece, the village of Paramythia. Sotirios Voulgaris was born in 1857 in the Greek village of Paramythia, to a large family with 11 siblings. His father, Georgis, was a silversmith and he trained Sotirios in the trade. Life went on until the plot twist occurred — Georgis and Sotirios decided to move to the island of Corfu, in the Ionian Sea. In his early 20s by 1880, Sotirios realized it was time to try his luck on his own. He needed to make his own decisions, and in this case, perhaps enact his own plot twist. He left Corfu Island as Sotirios Voulgaris and arrived in Rome as Sotirio Bulgari. A slight change in name, but one that may have given him the extra push to succeed. Well-trained by his silversmith father, he put up his first store in 1884. Within two decades, he opened a store on the famed Via Condotti, street of elegance and luxury. Not bad for a young man from northwestern Epirus in Greece. The Bulgari flagship stands there still today, a testament to excellence and hard work.

The excellence of Bulgari was firmly established by Sotirio, and even though his sons Constantino and Giorgio decided to adapt a different aesthetic, the dedication to excellence continued to be the hallmark of the Bulgari brand. This revamped Bulgari look veered away from the French style espoused by their father and instead took on the mantle of the land of their opportunity by drawing inspiration from the Italian Renaissance. They didn’t reject their heritage altogether though — the collections still featured Greek style elements.

The Beginning of the Serpent
In the 1940s, Bulgari introduced the serpent theme and it has become one of the most iconic lines the House has created. The theme lends itself so easily to recreation that the options are limitless.

Serpenti Seduttori
The latest creation for the House of Bulgari is the Serpenti Seduttori, a re-imagination of the original Serpenti watch. “Seduttori” is Italian for seducer, and believe me, these creations are seductive indeed. The style choices implemented with this recreation stay true to the design aesthetic of the House. Each decision is an expression of elegance. The sleek shape of the watchcase is the drop-shape of the snake head. The shape itself is borrowed, if you will, from the Serpenti Tubogas. Another benefit of having a literal storehouse of creations is that you can revisit and redesign certain aspects to add to your latest creations.

The bracelet, already sleek and seductive, is made more so in a thinner interpretation. Remember the saying, “less is more?” The Serpenti Seduttori bracelet is proof of that — there is less of the bracelet in that it is thinner, yet it is more alluring because of it. The crown on each Serpenti is a cabochon-cut gemstone, another touch of luxury. Is it a necessity? No, it isn’t. But in the House of Bulgari, it is indeed intrinsic to their DNA to have such touches of luxury. This is also a nod to the House’s origins as a jeweler. They do not forget their beginnings. Another tip of the hat to their history is the use of varied precious metals and diamond pavés in their Serpenti Seduttori pieces.

Selection: Sleek Six
All six of the Serpenti Seduttori timepieces are powered by a quartz movement, meaning they are battery-run. The dials are clean, with only the 6 and 12 o’clock in Roman numerals; the other hours have simple classic markers. All of the watches are water-resistant to 30 meters. Each bracelet is done in the hexagonal stylized pattern, partnered with a folding buckle. Each timepiece is exquisitely beautiful, and it is up to you which Serpenti deserves a spot on your wrist.

For those ladies who like more sparkle, there is the Serpenti Seduttori in rose gold with full pavé (Ref No. 103160). The 18k rose gold 33mm case is set with 50 brilliant-cut diamonds on the bezel. The case is snow paved with 166 round brilliant-cut diamonds, and the dial is also snow pavéd with even more diamonds. The crown for this beauty is a cabochon-cut ruby.

The Serpenti Seduttori also comes in yellow gold, and the yellow gold and diamond version is beautiful (Ref. No. 103147). The 18k yellow gold case is set with 38 brilliant-cut diamonds (0.38ct) and has a yellow gold bracelet. The dial is opaline in silver tone, and the crown is a cabochon-cut pink rubellite.

The Serpenti Seduttori also comes in white gold and diamonds (Ref. No. 103148) and the combination is breathtaking. The 18k white gold case is set with 38 brilliant-cut diamonds (0.38ct) and the white gold bracelet is sleek. The dial is opaline in silver tone, and the crown is a cabochon-cut sapphire.

Saving the most seductive Serpenti for last, we have the Serpenti Seduttori in white gold with full pavé (Ref. No. 103159). The 18k white gold case is also 33mm in diameter, just like the others in the collection. But this timepiece has the added appeal of the 166 round brilliant–cut diamonds on the case and 50 diamonds on the bezel. The hexagonal stylized pattern and folding buckle are given new life in this timepiece, thanks to the addition of the round brilliant-cut diamonds all across it. The white gold crown is set with a cabochon-cut blue sapphire. The blue of the crown is a nice complement to the blue hour numbers and markers, and the blue hands. This Serpenti Seduttori is extremely seductive and drop-dead beautiful.

Fearless
The Bulgari Serpenti Seduttori is the perfect watch for the fun, fearless female. Each timepiece exudes elegance and luxury, befitting the very fantastic woman who would choose it. These Serpenti Seduttori timepieces are not for the faint of heart. They are for the woman who knows she is limitless, she is fantastic, and deserves only the best.