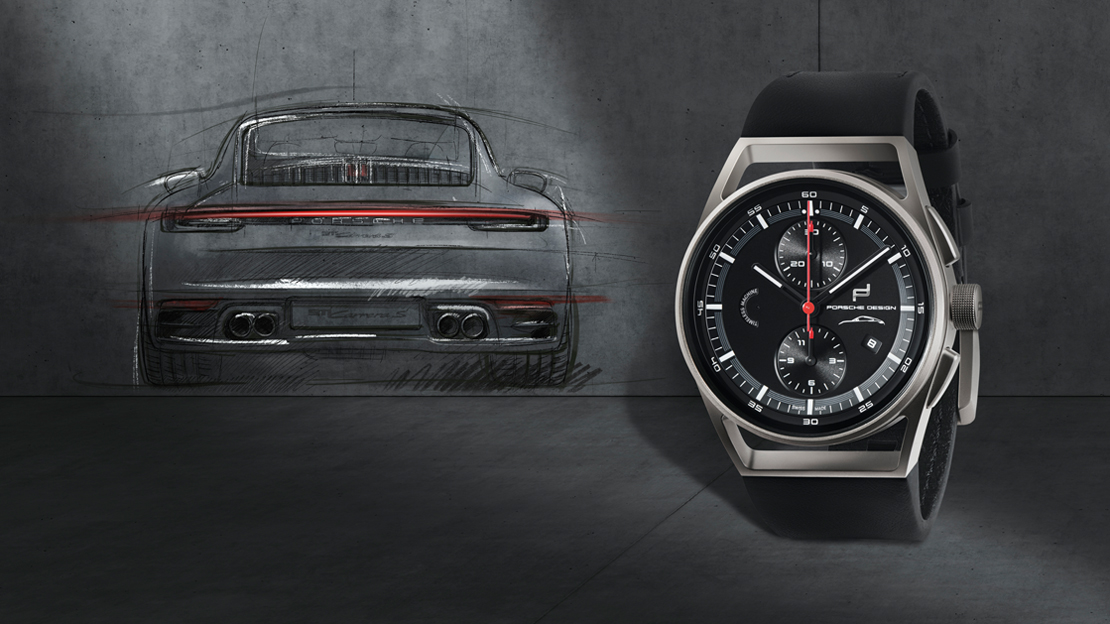 PORSCHE Design is making sure to make the arrival of a new-generation Porsche 911 an even more special affair by coming up with a new timepiece honoring its kindred’s rationale for being. Announced by Porsche Design, the company founded by the 911’s designer, Ferdinand Alexander Porsche, is the 911 Chronograph Timeless Machine Limited Edition.

The latest piece to join Porsche Design’s 13-model 1919 Collection, the 911 Chronograph Timeless Machine takes after the looks of the brand’s seminal Chronograph I from 1972, which sported an all-black case and bracelet. The approach mimicked the matte black paintjob of some components in racecars — if not the entire machine altogether.

As a 1919 model, the 911 piece is housed in the distinctive 42-millimeter titanium case, with its signature hollowed-out lugs, which defines the collection. This touch alone purports the 911 sports car’s lightweight, athletic vibe. Boosting the connection is that the 911 Chronograph Timeless Machine’s dial is made to evoke car gauges — the center second hand is in red (as well as the tip of the 30-minute chronograph hand on the subdial at 12 o’clock) while the hour and minute hands are rendered in white. Actually, the rest of the markings are all in white, which against a black background become quite legible. Distinguishing the watch from its 1919 brethren are its half-circle “Timeless Machine” inscription, a stylized 911 silhouette opposite it and, in a bit of a playful touch, the second subdial at 6 o’clock reads out the numbers 3, 6, 9 and 11.

On the side of the case are a pair of slide pushers, furthering the sporty look, and a crown adorned with knurling, promoting a technical feel. Attached to those gorgeous sculptural lugs is a strap whose leather and stitching are the same ones used in the 911 sports car’s cabin.

On the back, a sapphire crystal window (matching the cover over the dial) displays what could be argued as a spiritual kin of Porsche’s flat-six engine —the ETA Valjoux 7750 chronograph movement. In the 911 Chronograph Timeless Machine this venerable calibre receives further detailing, chief among which is an openwork rotor on which the iconic PD logo serves as the main décor. The choice of this movement is also a proper nod to history — the Chronograph I was also powered by it.

The 911 Chronograph Timeless Machine is now available for pre-orders at the Porsche Design site. It is scheduled to make it to Porsche Design stores and other retailers in April 2019 packaged in a special edition box and a numbered badge. Only 911 pieces will be available, much less than the car it honors.