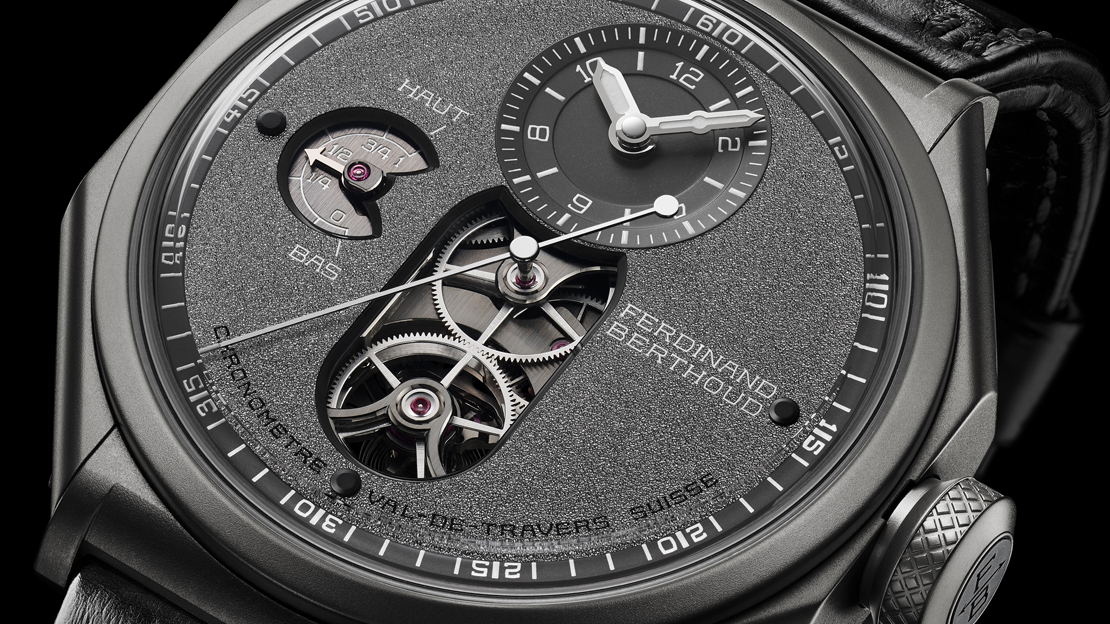 (Editor’s note: The Only Watch charity auction raises funds to draw attention — and find a cure — for Duchenne muscular dystrophy, or DMD, a genetic disorder which causes the gradual loss of basic motor functions, including the ability to walk, among children. The Only Watch auction, which supports the Association Monegasque contre les Myopathies, is on its eighth edition this year. It has raised more than 40 million euro in its previous seven outings. The 2019 edition is scheduled on November 9 in Geneva.)

The man after whom the watch brand is named left behind an extensive body of work on nautical navigation, particularly determining longitude at sea, which relied on marine chronometers rather than stars in the night sky. But he also produced equation clocks — the Swiss immigrant was appointed royal clockmaker to the French king and navy in the 1700s — so precise that astronomers of the day used these to time celestial events. Smartphones were some 300 years in the future during this era, right?

For Only Watch Chronométrie Ferdinand Berthoud created a unique rendition of its Chronomètre FB 1, the first piece the brand put out (in 2015) under Chopard Group ownership. What immediately marks out the Chronomètre FB 1 is its octagonal case with a round dial; it represents a porthole in horological visual clichés.

The other is the vertical cutout on the dial, which exposes some of the movement’s mechanical bits underneath. The cutout is placed below the subdial for the hour and minute readouts. Viewed together, the two resemble an antique wall clock.

This cutout thing is a little more subtle. What Chopard co-president Karl-Friedrich Scheufele and the team that worked on the Chronomètre FB 1 wanted to evoke with the touch is the vertical layout of ancient marine chronometers, a lot of which had gimbals hanging out to shield them from the movement of the ship. Basically, these were anti-seasickness solutions.

The second hand, the only one mounted from the middle of the dial, is also a nod to the precision for which marine chronometers were known. Well, they had to be, or else sailors could end up hundreds of kilometers from their supposed destination. And this was the era’s life-and-death bummer equivalent to today’s having one’s luggage taken to Macao when one has gone to Majorca.

Anyway, the other aperture on the dial is the power reserve meter.

The one-off piece for Only Watch, called Chronomètre FB 1 Night Star, has a 44-milimeter-wide sandblasted anthracite/ceramic titanium case, which Ferdinand Berthoud says is four times tougher than “regular” titanium. The watch’s hands and numerals get Super LumiNova coating, the first for a Ferdinand Berthoud. A black ceramic crown matches the frosted black dial.

Turn the watch over and the Chronomètre FB 1’s haute horlogerie touches reveal themselves. Three spherical items of the in-house, handwound cal. FB-T.FC2 immediately pop out. The largest one at the bottom is easy — it’s the tourbillon. The two others above it take a bit longer to figure out. The one on the left is a fusée, to its left is the mainspring barrel. The two are linked by a long but tiny chain, which needs to be built and wound into the fusee and barrel by hand. To say this job is fiddly is to call single-malt whisky a drink —obviously these are true, but these are also gross understatements.

Oh, the fusée is a constant-force mechanism, supplying the gear train with steady doses of energy no matter how tightly or loosely the mainspring is wound. This promises accuracy.

And it should also promise the Chronomètre FB 1 a better than evens chance of scoring an excellent hammer price. It all goes to a good cause, you know.