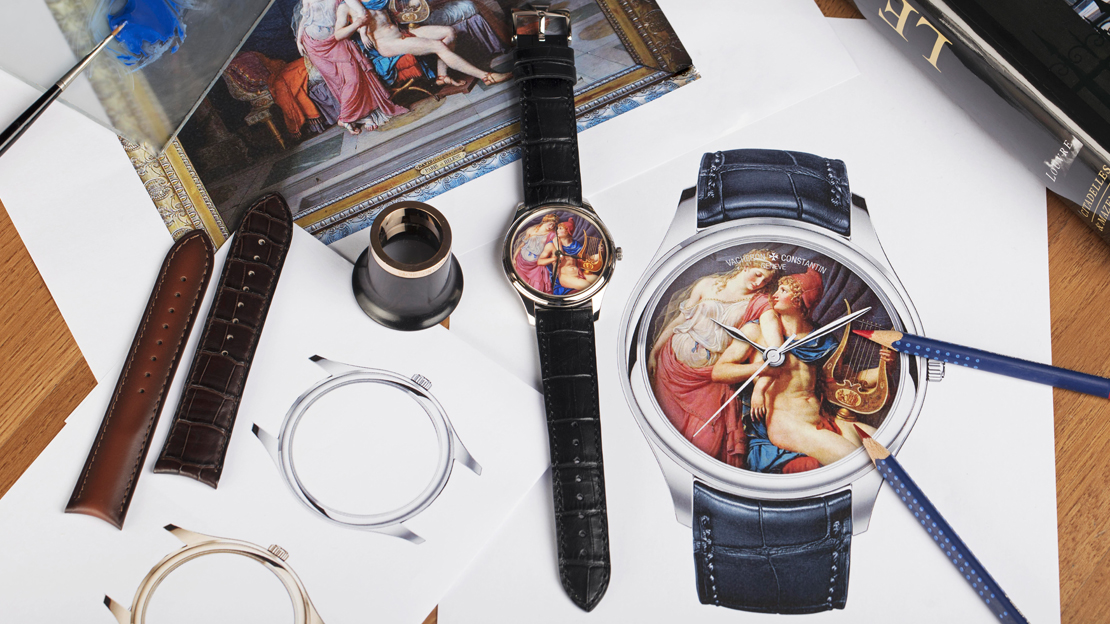 Vacheron Constantin, one of the oldest watch manufacturers in the world and partner of The Louvre since 2019, is stepping up with a donation to the world-renowned museum in aid of its “solidarity projects.”

The grant is in the form of a one-off, bespoke timepiece to be developed by the company’s Les Cabinotiers department, which is dedicated to crafting unique pieces and customizing existing models. Vacheron Constantin said that this team “possesses immense technical and manual expertise, a wealth of scientific knowledge and a profound curiosity for new ideas to be able to create highly-complicated watches on demand.”

As part of its participation in the “Bid for the Louvre” online auction (on www.christies.comand with support from auction house Drouot) from December 1 to 15, 2020, the Swiss watchmaker founded in 1755 will donate all proceeds from the sale to the museum.

The winning bidder, during “a private visit to the Louvre” accompanied by its “best expert,” will get to choose an artwork that Vacheron Constantin’s artisans will reproduce on the watch dial using a miniature painting or grisaille enamel technique. The purchaser will also visit the Manufacture Vacheron Constantin to determine his or her preferred “personalization options” for the timepiece. The watch will get engraving on the case and officer caseback, a choice of strap (material, color, stitching, and marking) and other bespoke options.

The company is touting the package as an “ultimate high-watchmaking and cultural bespoke experience,” with the final product being handed over to the client at the Louvre itself in the presence of the original chosen masterpiece. In a digital press conference, Vacheron Constantin officials said that the company makes “no more than half a dozen” timepieces a year using either of the techniques.

Also known as the “Geneva technique” dating from the 18th century, miniature enamel “is reserved for the most experienced artisans mastering both pigments and fire.” A key skill to perfect the craft is ascertaining a color palette compliant with the original shades of the work, while remaining aware that numerous firings (20 to 25) in the kiln (with temperatures exceeding 800°C) may change the colors and brilliance.

Meanwhile, grisaille enamel appeared even earlier (during the 1600s). This technique “consists of superimposing touches of a rare white enamel – called Limoges white – on a layer of dark enamel coating the gold dial base.” Each of these layers is also fired in a kiln, while keeping to pre-defined firing times to the “nearest second.” Crushed white vitreous enamel is mixed with water, turpentine, oil of lavender, or petroleum oil and rendered into a paste. It is then applied to a dark enamel ground (usually colored black or blue, but Vacheron Constantin has been known to use brown as well). The artisan applies more paint on the lighter areas; less goes on darker areas to let the background color “tone” the white enamel. The technique imbues a pseudo-relief effect on the artwork.

The miniature enamel technique is said to be more appropriate for reproducing paintings, while the grisaille enamel is apt for sculpture replication onto the watch face.

Powered by the Manufacture 2460 SC self-winding calibre, the timepiece may come in a platinum, pink gold or white gold case. A transparent caseback reveals a 22-carat gold oscillating weight openworked in the shape of Vacheron Constantin’s symbol, the Maltese cross, as well other parts that highlight the brand’s attention to minute details and finishing.

Said Vacheron Constantin CEO Louis Ferla, “We are proud to be taking part, along other artists and maisons, in this exceptional auction organized by the Louvre and Christie’s in support of the museum’s solidarity projects. Our ongoing commitment to art and the transmission of savoir-faire – which has been expressed alongside the Louvre since the announcement of our partnership a year ago – takes on even greater significance within a global context that is troubled and challenging in more ways than one.”

Continued the executive, “Putting up for auction a Les Cabinotiers timepiece based on a masterpiece, a one-of-a-kind model personalized in accordance with the acquirer’s wishes, symbolizes the identity of our Maison and its mission to promote the sharing of culture and emotions.”

Vacheron Constantin is a proud patron of the Louvre, and has been involved in conservation efforts such as the restoration of the 18th-century “La Création du Monde.” The clock was created at the request and expense of the French Governor of establishments in India, Joseph Francois Dupleix de Bacquencourt, and was presented in 1754 at King Louis XV’s court in Versailles. From there it was ferried to Pondicherry aboard the La Diane vessel.

The timepiece will come with certificates of authenticity from Vacheron Constantin and the Louvre Museum certifying the reproduction of the artwork.