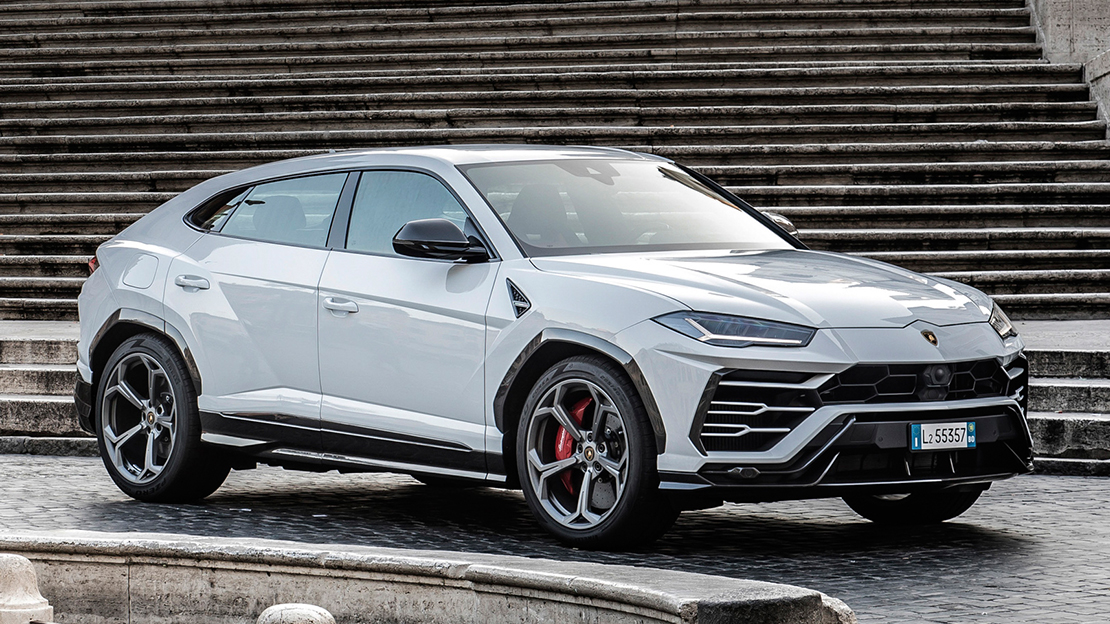 From asphalt to sand, ice to mud, dirt to gravel, the Lamborghini Urus can traverse any terrain, making it the absolute all-around Super Sport-Utility Vehicle.

A major factor that allows the Urus this prowess are its six different driving modes. Each one of these modes fully customizes the Super SUV’s set-up, adjusting for the required rigidity to ensure a comfortable ride, or switch to an extremely sporty, aggressive setting that addresses a particular driving style or road condition.

A driving mode selector on the center console lets the driver switch to Strada, Sport, Corsa, Neve (snow), Terra (off-road) and Sabbia (sand) settings. In Strada mode, the vehicle’s height adapts according to speed, enhancing comfort. Sport mode lowers the Urus to make it extremely stable and precise at all speeds. Corsa mode transforms the vehicle to be even more precise and performance-oriented, and keeps body roll to the absolute minimum.

Plus, adaptive dampers automatically adjust to the different driving modes. It can even be fully customized by the driver.

A turbocharged engine—the first in a Lamborghini—makes the Urus more suitable in off-road driving because this forced induction method generates high torque at low revs.

Matching the Urus’s engine and gearbox is a four-wheel drive system and a Torsen central self-locking differential that provide maximum control and agility in all driving conditions, particularly off-road. With this differential, as much as 70% of torque can be sent to the front axle, and as much as 87% to the rear axle. This ensures traction to the axle which has better grip. An active torque vectoring system can also distribute power to each individual wheel.

Recently, the Urus’s ability to take on any road was demonstrated in a 6,500-kilometer drive across Japan. Comprised of 17 stages, the month-long expedition participated in by journalists started from Fukuoka, then traversed Hiroshima, Kobe, Osaka, Nagoya, Kanazawa, Yamagata, Akita, Hokkaido, Sendai and Yokohama, before ending in Tokyo. The journey captured the beauty, dynamism and other charms of Japan while demonstrating the absolute versatility of the Urus.

Another occasion during which the Urus demonstrated its mastery of any terrain was the Red Bull X-Alps. In this recent event, the Super SUV and two-time world paragliding champion Aaron Durogati took on a unique challenge together as they competed by “hike and fly” to cover the 1,238-km Alpine course in the fastest time possible. The race’s route passed through checkpoints across Austria, Germany, Switzerland, France and Italy, then back to Austria. The Urus served as Durogati’s personal support vehicle during the competition, allowing his support team to follow him throughout the race.

By offering a high load capacity, maximum comfort during long journeys, and thrilling super sports dynamics on any surface, the Urus can easily unlock any road.