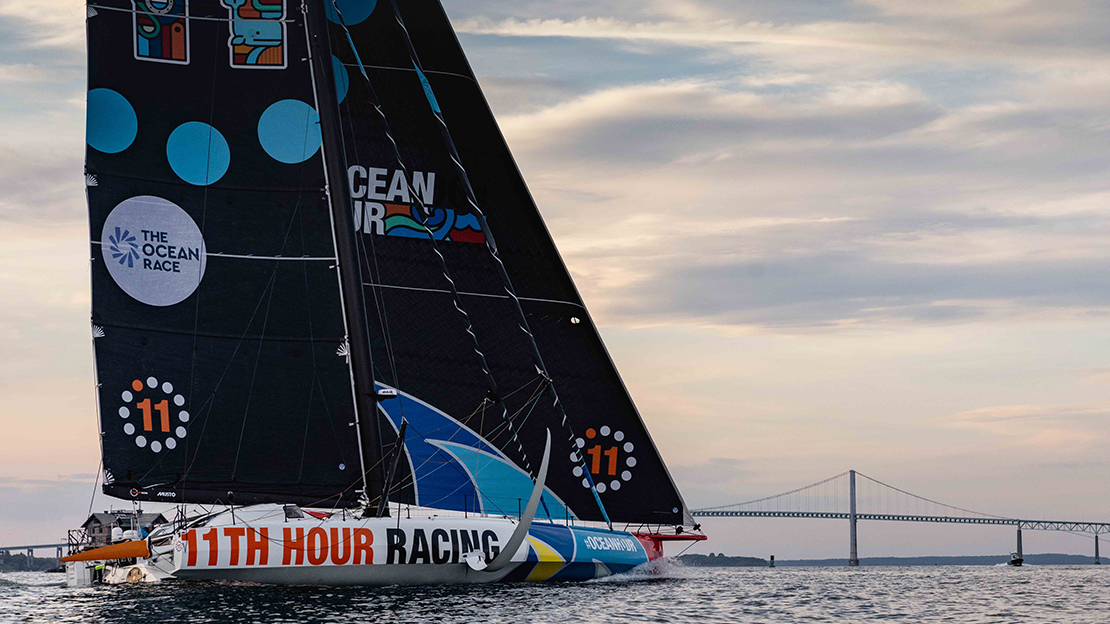 Ulysse Nardin is proud to announce its partnership with round the world offshore sailing outfit 11th Hour Racing Team. Both share an intrinsic connection to our oceans and champion a message of the importance of ocean health for everyone. Ulysse Nardin recently announced its role as the Official Time Partner of The Ocean Race and the entire UN team is excited to support one of the event’s competing teams.

Since its founding in 1846, Ulysse Nardin has had historic ties to the maritime world, having designed and manufactured some of the world’s most accurate mechanical marine chronometers, which allow for precise nautical navigation and exploration. Today, Ulysse Nardin honors this tradition and passion for the world’s oceans not only with the use of sustainable materials in its contemporary collections but also through the brand’s partnerships.

11th Hour Racing Team is the only US team taking part in The Ocean Race 2022- 23—billed as the world’s longest and toughest sporting event. With a home base in Newport, Rhode Island, the team is sustainability ingrained into the core of all team operations. The five-strong crew of professional sailors is supported by an international shore crew. The sailors will race their foiling 60-foot race boat, Mālama, 31,700 nautical miles [59,000 kilometers, 36,000 miles] around the world through some of the most inhospitable waters on the planet including the notoriously tough Southern Ocean, inspiring positive action for long-lasting change for ocean health.

Patrick Pruniaux, CEO of Ulysse Nardin, said: “11th Hour Racing Team is the ideal partner for our brand. Like us, they are explorers. We strive to innovate through use of novel materials that lessen our impact on the environment and 11th Hour Racing Team employs cutting edge technology that proves sustainability can win the race.”

11th Hour Racing Team founder, Mark Towill, commented, “Time is ingrained in everything we do at 11th Hour Racing Team. From the precise second we cross the starting line of each race, the hundreds of thousands of minutes we will be pushing ourselves and the boat on each leg, to the critical hour we are at on the planet in relation to climate change. We are proud to be carrying the marque of a sustainably focused brand such as Ulysse Nardin and look forward to them joining us on this epic race around the planet.”

The Ocean Race will launch from Alicante, Spain on January 15th, 2023, sailing to nine cities over six months. This 14th edition will see the boats (foiling iMOCAs and one-design VO65s) travel in separate divisions over 32,000 nautical miles around the world. The final offshore leg will finish with the sailors docking at the port in Genova, Italy.

Championing Ocean Health: The ocean race diver, The first diver collection upcycled from fishing nets
Both Ulysse Nardin’s and The Ocean Race’s dedication to their common cause were affirmed last May with the launch of THE OCEAN RACE DIVER, the first diving watch made from one of the ocean’s main sources of plastic pollution: discarded fishing nets. More than 640,000 metric tons of nets are lost or abandoned in the world’s seas every year, joining the nine million tons of plastic already there. THE OCEAN RACE DIVER will also be the official watch of the storied 2023 open water sailing race. The alliance symbolizes both parties’ devotion to protecting the world’s oceans and its launch starts the countdown to the goal of positive results by 2030.

THE OCEAN RACE DIVER represents a revolutionary trend within watchmaking. For the first time, an established luxury watchmaker has taken the initiative to use the pollution choking the world’s oceans and create an entirely new product, easily as stunning as any other line of watches made with more traditional raw materials. The UN-118 caliber movement guarantees precision while the design draws the eye, revealing the watch’s incredible components.

The decorative element on the bezel of the watch – made from Carbonium® – were manufactured using cast-off aircraft parts, hence made with 40% less environmental impact than other carbon composites. The side case and case back were created with an unusual combination of elements; 40% Carbonium® (Lavoisier Composites) and 60% Nylo® (FIL&FAB), which is polyamide recycled from fishing nets (FIL&FAB), whereas certain watch case components are made with at least 80% recycled steel (Voestalpine Boehler). THE OCEAN RACE DIVER is fitted with a strap entirely made up of recycled fishing nets and sold in a R-PET pouch slid inside of a Helly Hansen dry bag, which is also recycled from debris left in the ocean. Helly Hansen is also a partner in The Ocean Race, furnishing the official race uniforms.

Presented in a limited edition of 200 pieces, this diving watch made from recycled fishing nets is the first upcycled luxury diving watch to be commercialized and confirms the industry’s global tendency towards luxury upcycling. Thanks to the hard work of the French start-up FIL&FAB, which provides the fishing nets, the brand shines a light on a “less noble” material, reevaluated by a “100% Watch Manufacturing Process” and a thoroughly researched design, making this as desirable an object as one made from more conventional mediums.