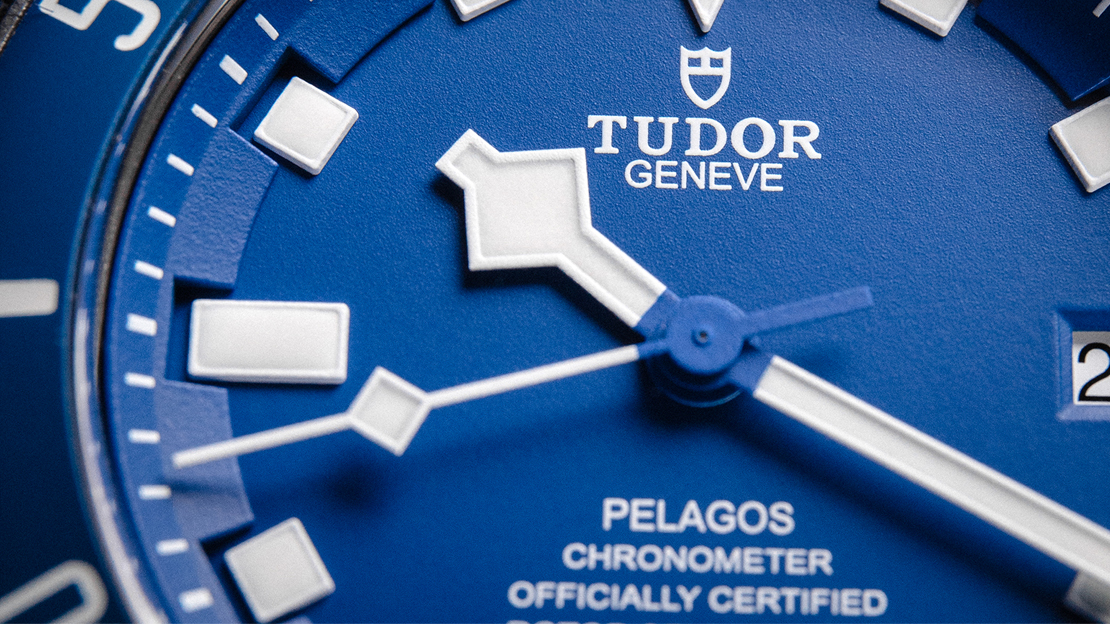 GEEZERS a certain age probably can’t fault Bryan Adams for reminiscing about his “Summer of ’69”; momentous stuff did happen that year. Neil Armstrong and crew landed on the moon. Woodstock rocked its way into pop culture history. Three of the world’s first automatic chronographs came out months of each other. Yup, look at everything that’s come and gone.

Tudor’s release of its Prince Submariner in 1969 — references 7016 and 7021 — also marked a new era for the collection, something that would last until 1999. The ref. 7016 discarded the self-winding cal. 390 that used to spin previous Submariners in favor of the ETA 2483, also self-winding and which spins at 18,000vph. For its part, the ref. 7021 got the ETA 2484, which added in a date function. But both watches came in the same 39-millimeter, Rolex-signed steel case that’s water-resistant to depths of 200 meters. The cases wore round crown guards, a screw-down Rolex crown, a graduated bidirectional rotating bezel, and a folding link Oyster-type bracelet, also signed with Rolex. Their Plexiglas crystals turned flat, although the ref. 7021 sported the cyclops magnifying glass.

Besides the switch to ETA tickers, what also differentiated the refs. 7016 and 7021 from their predecessors were their dials. Tudor evolved its Submariner by making it easier to use underwater, particularly in terms of legibility. The 1969 watches thus were marked by sizeable square hour markers and broad hands; divers could tell the time better in the murky depths. To totally distinguish the minute hand from the hour hand, the latter sported a unique square outgrowth near its tip. Yup, this touch is now what the watch world calls as the “snowflake” hand.

What the shift to square markers and snowflake hands also allowed for was that more luminescent material could be applied on them, further boosting legibility even in poor light. No wonder the snowflake was a hit, coveted both by collectors and divers from various navies. Among these were the US, Canadian and Italian fleets. But perhaps the most famous snowflake association was with the French navy; some of its members devised for the watch their own straps out of green with yellow stripe parachute webbing, secured with parachute hardware. These snowflake Submariners are way cool.

The Submariner ref. 79090 of 1989 marked the collection’s return to its earlier looks — meaning no more square dial furniture and snowflake hands. The ref. 79190 of 1995 followed suit, although this model started flaunting a sapphire crystal with cyclops lens and a unidirectional rotating bezel. Still, the Marine Nationale relied on Tudor’s Subs up until the mid-2000s.

It wasn’t until Baselworld 2012 when the snowflake reappeared on Tudor’s portfolio. The return of the by-then iconic touch was heralded by the Tudor Pelagos and Heritage Black Bay collection, both of which have turned into the most successful pieces in Tudor’s history.

Fifty years after its debut, the snowflake still commands a prominent spot in the brand’s narrative.