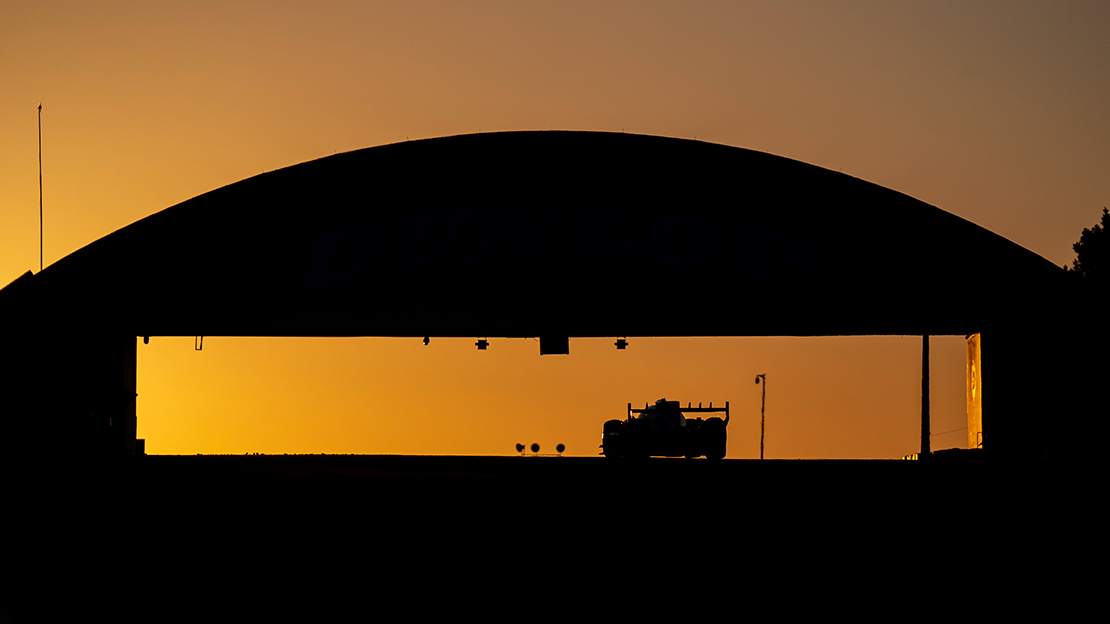 After 24 hours of intense racing, Toyota Gazoo Racing claimed a fifth successive victory at the 90th edition of the 24 Hours of Le Mans. On Sunday afternoon at 4.00 p.m. local time, the No. 8 prototype took the chequered flag in front of an exuberant crowd at Circuit de la Sarthe. For almost a century, the world’s greatest endurance race has been at the forefront of innovation and this year’s event signalled a significant new chapter for the sport. As the Official Timepiece of the 24 Hours of Le Mans since 2001, and more recently the FIA World Endurance Championship (WEC), Rolex supports the ongoing quest for excellence at the highest level of motor racing.

This year’s race played out under clear skies and, amid soaring track temperatures, man and machine were tested over a gruelling 24 hours. Across the four categories, 62 cars started the race and, as day gave way to night, just a few seconds separated the Toyota Gazoo Racing duo at the front of the field. As the sun rose over Circuit de la Sarthe the emotional and physical ware began to tell; WEC frontrunner No. 36 Alpine Elf Endurance Team recovered from a heavy incident, while in the LMGTE Pro category No. 64 Corvette Racing relinquished a commanding lead, following a sudden collision. The elite Hypercar class saw a Toyota Gazoo Racing 1–2, with the No. 38 JOTA ORECA 07-Gibson racing to victory in the competitive LMP2 category. The No. 91 Porsche 911 RSR was consistent throughout, taking a comfortable win in the LMGTE Pro’s last 24 Hours of Le Mans, while the No. 33 TF Sport Aston Martin Vantage AMR gained honours in the LMGTE Am class.

Time is an integral part of the 24 Hours of Le Mans, with every lap and every second magnified in this ultimate race against the clock. Following the conclusion of this year’s race, the winning drivers stepped onto the podium to receive the 24 Hours of Le Mans trophy and a specially engraved Oyster Perpetual Cosmograph Daytona, in recognition of the dedication and perseverance required to succeed. Having won the event for the third time, Toyota Gazoo Racing’s Brendon Hartley, reflects:

“Taking the car over the line today was a very special feeling. I’m a small piece of the puzzle; all of my teammates are part of this victory. I broke down in tears after the race as my wife and six-month-old daughter are here and, not that she’ll probably remember it, but I have promised that this Rolex is for her.”

The 24 Hours of Le Mans is steeped in tradition yet continues to demonstrate a relentless commitment to performance and technical advancement. The extreme conditions of the 13.626 kilometre racetrack mean reliable solutions are found faster and the endurance epic has proven to be the ideal testing ground for future technologies. For the first time in the 99-year history of the race, this year saw the introduction of 100 per cent renewable fuel, as well as the track debut of a hydrogen-electric prototype prior to the race.

Next year, the focus will be on the 100th anniversary of the 24 Hours of Le Mans, when the race reaches this milestone on the 10–11 June 2023. As its most decorated driver, Rolex Testimonee Tom Kristensen, will take on the role of ambassador for the centenary edition. Looking ahead to the event, Kristensen says:

“The 24 Hours of Le Mans is a legendary race; the history is mythical, brought to life by the extraordinary stories throughout almost a hundred years of racing. In 2023, we will see many new teams and drivers entering, which shows how important and relevant Le Mans is. All the manufacturers will want to return in 2023 and I’m very much looking forward for it.”

A special trophy is being designed to honour this momentous occasion and will embark on a journey to a variety of motor sport celebrations around the world, which reflect on the past while looking to the future. Its official unveiling is set to take place later this year on Sunday 21 August at the Pebble Beach Concours d’Elegance® in California (USA). The trophy will then travel onto further events with which Rolex has close ties, including the Goodwood Revival in West Sussex (UK), before it ultimately returns home to Circuit de la Sarthe in June, in time for the 24 Hours of Le Mans 2023.