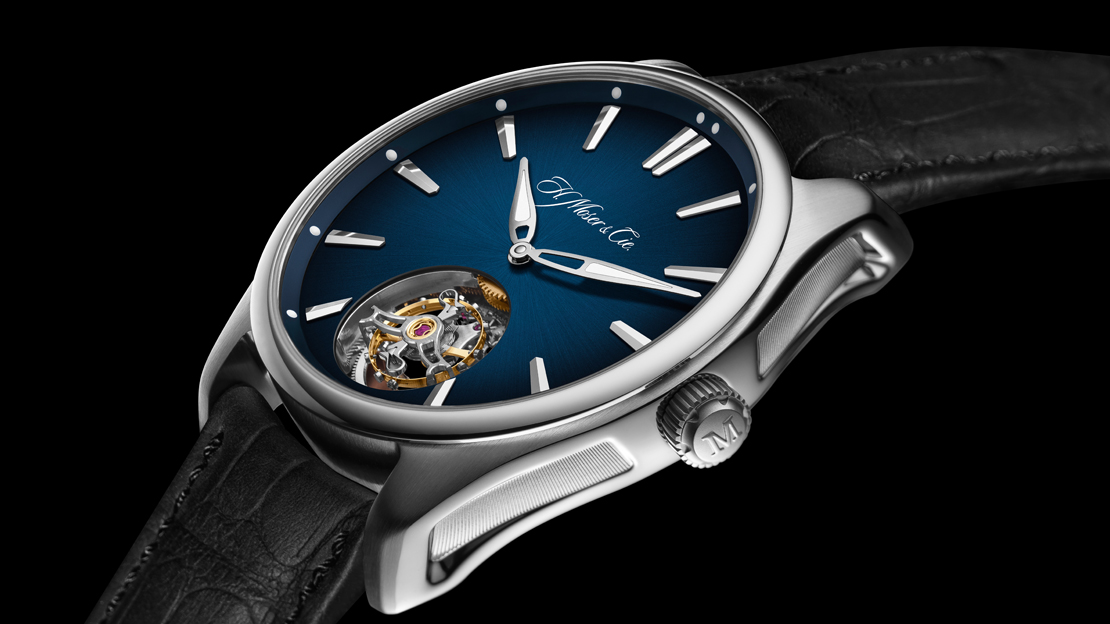 AS nifty as the tourbillon is at negating the effects of gravity on wristwatches, it’s relatively fragile, too, as can only be expected from a mechanism that is constantly rotating. So it’s no small wonder this haute horlogerie complication is confined mostly to timepieces meant to go under tuxedo cuffs rather than the sleeves of hunting jackets.

Independent watchmaker H. Moser & Cie is changing this perception with the introduction of its new Pioneer Tourbillon, pitched as “one of the few tourbillons which can be worn, with great elegance, in any circumstance.” The company actually calls the piece a “sporty reinterpretation” of the traditional complication.

To form a part of H. Moser & Cie’s presentation at SIHH 2019 (though it is now sold in retailers, and is limited to only 50 pieces), the Pioneer Tourbillon, according to its maker, owes its daily-driver quality to its beefy 42.8-millimeter steel case that’s covered by sapphire crystals in front and back, and which has a screw-in crown. As a result, the watch has a water-resistance rating of 120 meters.

Because it belongs to the Pioneer collection, the Pioneer Tourbillon wears less dressy aesthetics compared to, say, the brand’s Endeavour and Venturer lines. Like the other Pioneer models, the watch is marked by stronger visual cues like stouter indices and hands, a thicker bezel and a larger crown. It also has the characteristic (and luminescent) dot markers, and its case has more structured sections on its side. But, as an H. Moser & Cie piece, the Pioneer Tourbillon flaunts the brand’s signature fumé dial, in this instance rendered in midnight blue.

These elements set up the watch’s biggest draw — its tourbillon, of course, which is displayed through an aperture at 6 o‘clock. The feature is part of H. Moser & Cie’s in-house calibre HMC 804, an automatic, 21,600vph movement whose skeletonized 18-karat gold rotor winds the barrel in both directions. It also relies on a pair of hairsprings, which can compensate for whatever rate inconsistency one of them may periodically encounter because of friction and varying positions.

The HMC 804, which also provided the drama for H. Moser & Cie’s Endeavour Tourbillon Concept of 2017, is modular, meaning it can be assembled and regulated before it is installed on the movement. Slotting it into the movement is simple too, thanks to a plug-and-play system. This, according to the brand, allows for easy servicing. Boosting its capability to be used regularly is a three-day power reserve.

Another amazing thing about the Pioneer Tourbillon? It isn’t only a tourbillon but a flying tourbillon, meaning this rotating mechanism (it completes a cycle every minute) is supported only from one side instead of two. That H. Moser & Cie would propose this flying tourbillon watch is an “all-terrain steel tourbillon” declares it is confident enough that the piece will stand up to the rigors of daily use. And apparently, this is no mere marketing spin.