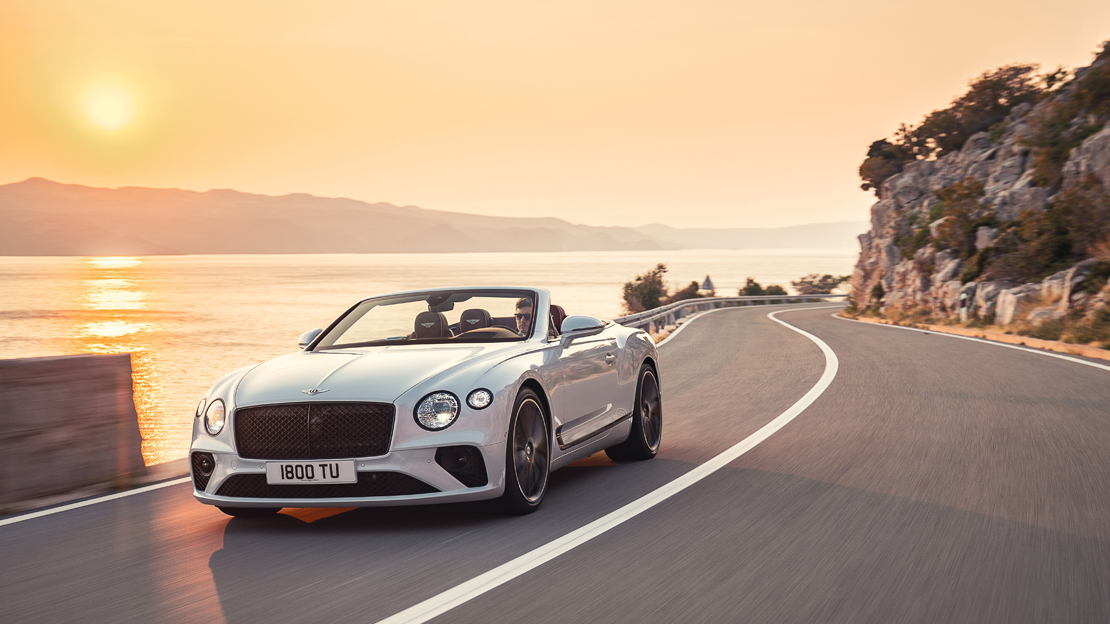 AS the British brand’s officials and enthusiasts in Manila celebrate the formal opening of Bentley Motors’ new showroom in the Philippine capital, the luxury carmaker elsewhere in the world was rolling out the drop-top, drop-dead gorgeous version of its all-new Continental GT — which makes it to market just as Bentley prepares to mark its 100th year in 2019..

“It was launched in several markets, one country after another,” bared Katya Zavialova, country manager at Bentley South East Asia, during the Bentley Manila opening event.

The executive was referring to the Continental GT Convertible, which is promised to have a cabin that is as quiet as the previous-generation Continental GT coupe was. The open-top Grand Touring model is also pitched as a car which can be driven no matter the season.

Bentley noted it was designed, engineered and handcrafted in Britain.

One highlight of the GT Convertible is its tailored convertible roof. That it can be put up or down in just 19 seconds, even when the car is traveling at 50kph, is already a spectacle to watch. That one of the six fabric choices in which this roof comes is tweed makes it all the more amazing.

What this roof conceals (or reveals) is a cabin lined with some of the best materials used in a car — as Bentleys are known to have. In the Continental GT Convertible flawless leather wrap over most furniture pieces (seats and door panels get the signature quilted treatment), and exotic but sustainably sourced veneers like Koa and Dark Fiddleback Eucalyptus adorn the dashboard and other panels. More than 10 square meters of wood actually make it to the car’s interior, a little bit more if a polished-wood steering wheel is chosen.

This forest of fauna and flora finish is then matched to aluminum trim, particularly on the center console, where a new pattern is engraved on a 0.6-millimeter-thick sheet of the metal. What pattern is this? Nothing else by Cotes de Geneve. Yes, it’s the same one that decorates the bridges of fine Swiss watches.

The car also gets a new neck-warmer that comes with the heated Comfort Seats. But Bentley being Bentley, it didn’t merely punch a hole into the seats and got things done and over with. It actually made a chrome vane that stretches the full width of the duct, which looks a lot like Bentley’s famous “bulls-eye” vents.

As a contemporary Bentley, the Continental GT is expectedly tech-laden. A Naim 2,200-watt, 18-speaker system with Active Bass Transducers built into the front seats, and eight sound modes, kicks things off.

The instrument panel is digital, easily personalized if desired, and can even display analog readouts. A 12.3-inch high-definition touchscreen resides unobtrusively on the center of the dashboard, blending in with the veneer. It displays the multimedia functions, navigation, audio and phone among them.

Propelling the Continental GT Convertible is a 6.0-liter W12 engine that puts out 626hp and 900Nm of torque. This is enough to send the car traveling from rest to 100kph in 3.8 seconds, and toward a 333-kph top speed. A dual-clutch eight-speed transmission transfers the grunt to the wheels.

Now while the previous Continental GT was still remarkable looking, having been sold for over a decade though meant its aesthetics had to be re-imagined. And so re-imagined these are in the new model — the third generation of the modern nameplate — even while remaining unmistakably those of a Continental GT’s.

Still elegant, the car has more complex contours and crisper lines — Bentley is correct when it says the Continental GT Convertible is beautiful, roof up or roof down. A chunk of the credit goes to a longer, lower profile, with the front wheels pushed forward a whole 135 millimeters, substantially cutting overhang. This means the nose can be lower, and have a tidier spot for the grille, which in turn has become shorter but wider. The car’s signature quad headlamps are more sweptback than upright, and the lines in front flow toward the muscular rear haunches. This is one stunning car, no arguments about it.

Making it even prettier are sundry details, like the LED jewelry whose design was inspired by cut-crystal glasses. They shine bright like a diamond. Just as dazzling are the 17 paint colors available to the car. If any isn’t suited to one’s taste, there’s full bespoke color-matching service on offer.

Well, this can be expected with Bentley. The brand’s showrooms, which communicate Bentley’s idea of a luxurious lifestyle, are meant to be venues where customers can check out the vast range of materials and colors which they can specify on a car, a thoroughly versed staff only all too willing to assist them every step of the way. In these places, too, they can simply hang around, have a drink, mingle with kindred folks, and grow an appreciation for well-crafted, curated stuff.

The new Bentley Manila showroom is no different. “You get drawn to it,” Zavialova said.