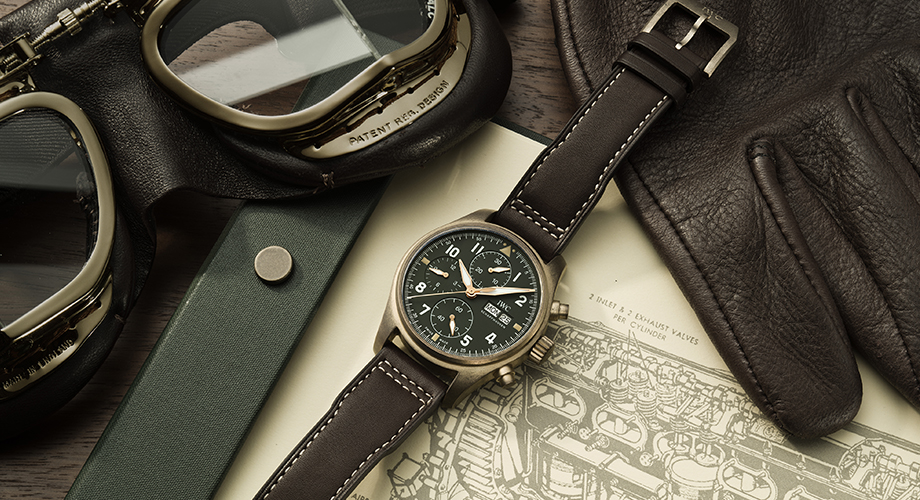 SHAPING up as the highlight at IWC Schaffhausen’s hangar in the upcoming Salon International de la Haute Horlogerie (SIHH), to take place in Geneva on January 14-17, 2019, are pieces with which the Swiss brand had taken some of its initial flights — pilot’s watches. So set to be presented at the show are the new Spitfire and Top Gun lines, as well as special editions of Le Petit Prince.

Defining the Spitfire pair — as it is for the rest of the upcoming Spitfire squadron — is its use of in-house movements. The Timezoner Spitfire (we’ll call it as such for brevity) holds the distinction of being the first IWC to have the brand’s Timezoner world time complication get spun by an automatic movement. The new cal. 82760 allows switching to a different time zone by rotating the watch’s bezel, with the 24-hour display and the date adjusting at the same time. Wound by the Pellaton system and kitted with ceramic components, this 28,800vph, 60-hour power reserve calibre resides beneath a generous 46-millimeter steel case whose black dial is marked by retro elements that are instantly identifiable as IWC’s. A green textile strap ties the watch further to the brand’s — and the Spitfire plane’s — aesthetics.

The Timezoner Spitfire is limited to only 250 pieces.

The Pilot’s Watch Chronograph Spitfire is another vintage-y affair, thanks mostly to its 41-millimeter bronze case wrapping over a green dial with gold-plated hands — yes, it is pretty. But the more significant development is that the watch debuts a movement from IWC’s cal. 69000 series into the Pilot’s Watch collection. The cal. 69380 is a column wheel chronograph ticker that has an automatic, bi-directional pawl-winding system, spins at 28,800vph and has a power reserve of 46 hours.

In its latest guise, the Top Gun piece — produced by IWC in one form or another since 2007 — gets not a matte black ceramic case, but rather one made from a matte black ceramic-and-titanium composite called Ceratanium. The material is pitched to be as light and unbreakable as titanium while also as scratch-resistant as ceramic. Beating within this 44-millimeter Ceratanium case, secured to the wrist by a rubber strap inlaid with textile, is the in-house cal. 79230. This automatic movement is a double chronograph with an integrated split-second hand (handy for timing short intervals), is cocooned by a soft-iron core to protect against magnetic fields, spins at 28,800vph and can store power good enough for 44 hours.

The latest development in IWC’s collaboration with the kin of French aviator and author Antoine de Saint-Exupéry — their link stretches back to 2005 — will be the introduction in SIHH of new Le Petit Prince models. Heralding the watches’ arrival is the Big Pilot’s Watch Constant-Force Tourbillon Edition Le Petit Prince (this time, we’ll curtly refer to it as the tourbillon Le Petit Prince), a genuine piece of haute horlogerie limited to just 10 examples. It is also the first in IWC’s Pilot’s Watch collect to get a constant-force tourbillon, an innovation of the brand that is said to constantly re-tension the balance spring. Combining this with the gravity-defying capability of a tourbillon means better timekeeping.

The in-house cal. 94895 into which this constant-force tourbillon also features a perpetual moonphase display, which is computed to lose only a day in 577.5 years. Two barrels ensure this 18,800vph movement has enough power for 96 hours.

Another IWC-first for the tourbillon Le Petit Prince is its use of an 18-carat hard, red-gold case (sized 46.2 millimeters across), which is expected to be up to 10 times more wear-resistant than conventional red gold.

Incidentally, both Spitfire models, along with the Top Gun Ceratanium and the tourbillon Le Petit Prince, were unveiled at the Goodwood estate in England. IWC and Goodwood Aviation have been partners for several years now, and the former’s aerodrome is the site of the world’s first official Spitfire flying academy. The place is also where the debut round-the-world flight in a Spitfire, dubbed the “Silver Spitfire – The Longest Flight” project, in which IWC is the main sponsor, will take off.

Clearly, IWC picked a suitable venue in which to announce the new Pilot’s Watch pieces prior to boarding their SIHH flight.