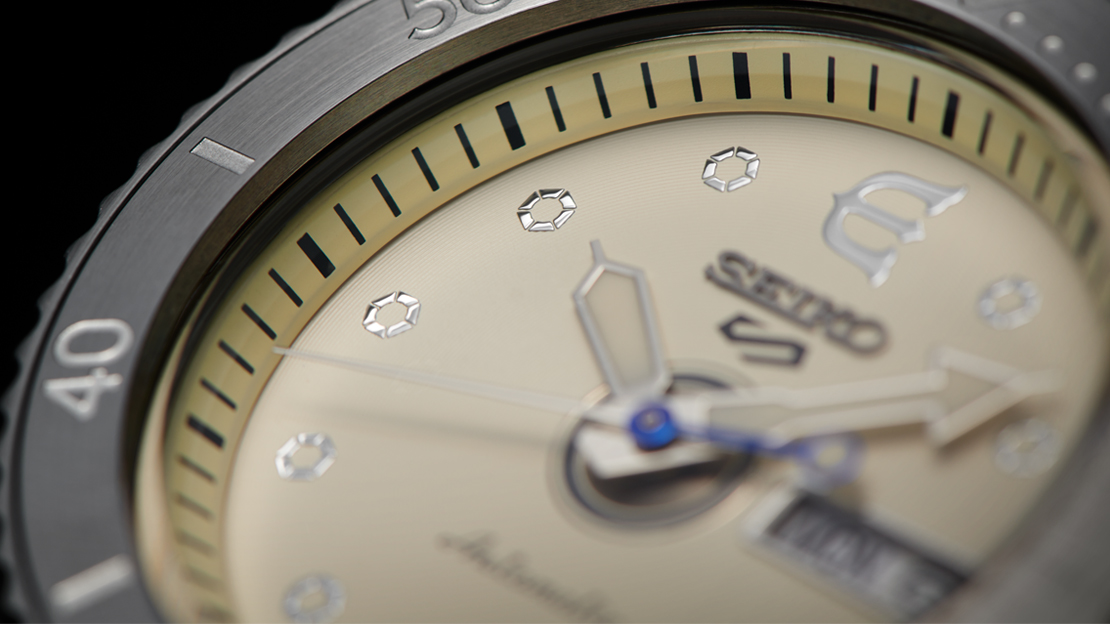 Japanese director Katsumi Minami and friends launched a skateboard brand in 2011. Under the idea that “skateboarding is everything” they created the brand “EVISEN” which they say is the word everything said with Japanese intonation.

This may be quite a departure from the recent Seiko special editions, both in terms of collaborator and in terms of style. EVISEN as a brand incorporates humorous original graphics that also touch on Japanese tradition and culture. The stylized E logo, for example, that you see at 12 o’clock is a sideways interpretation of a Samurai helmet decoration.

The three limited edition Seiko 5 watches are actually quite interesting. Each one has a particular touch. The black bezel on SRPF94K1 has Kanji on it.

The off-white dial on SRPK93K1 resembles the urethane wheel of a skateboard, with a dial center made in the image of a skate bearing and axle nuts as indices. The brown calf belt is meant to resemble a wood-grain board deck.

Sashimi! SRPF95K1 is meant to look like sashimi! The striped red dial and bezel and even the textured rice band. The tip of the crown? Soy Sauce. And the glow on the hands at night should remind you of tuna and wasabi.

All three models will of course have special casebook designs and numbering.