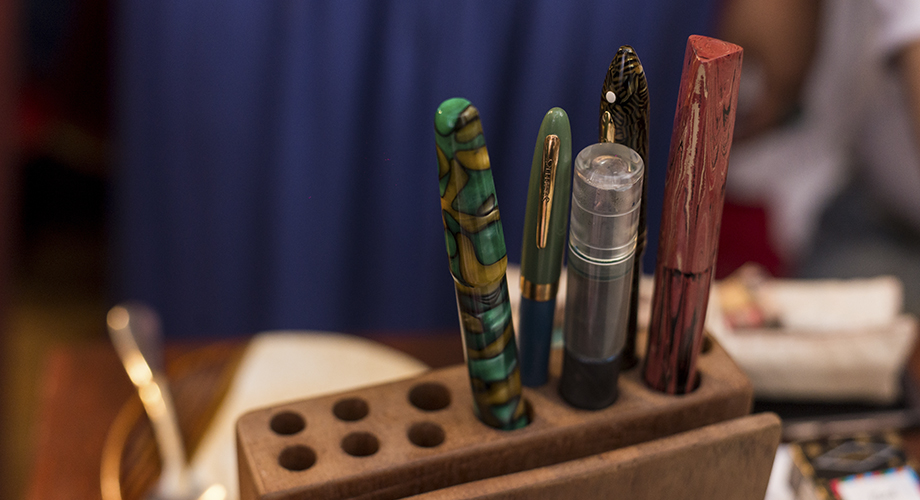 PUTTING pen to paper, the Fountain Pen Network-Philippines (FPN-P) follows the lead of the D.C. Supershow, London’s Writing Equipment Society Show, Madrid Pen Show and the first Tokyo International Pen Show, among a host of others, by mounting on October 27 the first Manila Fountain Pen Show.

To be held at SMX Meeting Room 1 of SM Aura from 10 a.m. to 6 p.m., the event promises to showcase the tools suited to leading an analog lifestyle. Lined up for both enthusiasts and people just starting to get curious about writing instruments are introductory sessions on calligraphy and fountain pens. A number of booths, particularly those of Everything Calligraphy, Noteworthy by NBS, and Scribe, will sell a diverse range of pens, papers and inks. Cross, Lamy, Montblanc, PenGrafik and Straits Pen from Singapore will display their wares. Buyers can choose from among a selection of products from Faber-Castell, Parker and Troublemaker Inks of Cebu.

Calibre, in its way of supporting the show, is sponsoring a leather pen sleeve-making workshop. The activity — including the materials needed for it — will be conducted for free.

Besides being a venue for the celebration of pens and their related items, not to mention the lifestyle that goes with these, the event also promises to help in good causes. For example, Manila Copper, an exclusive ink specially mixed by Straits Pens, will be sold during the event. A part of the revenue from the sale will be given to charity. Show goers can also purchase a raffle ticket instead of paying the entrance fee. The raffle tickets are intended to raise funds for the Save the Children foundation.

FPN-P, which counts more than 6,000 members on its Facebook account, and a thousand-plus users on its self-hosted forum, says it “hopes to introduce even more people to the delights of pen, paper and ink,” as well as to the act of writing and drawing by hand. Or going analog, in short.