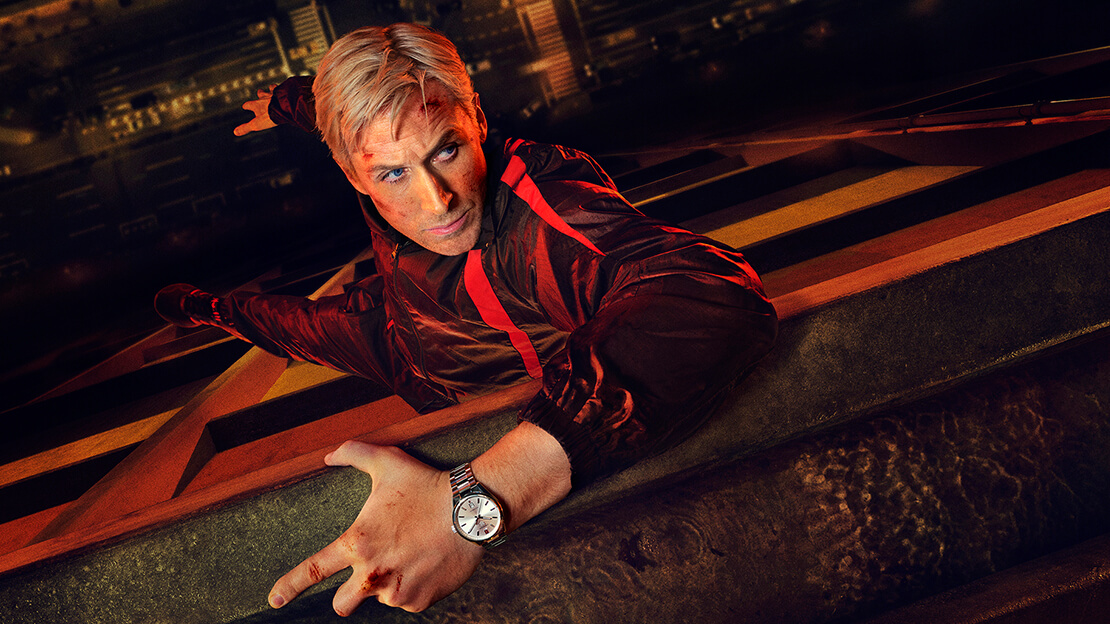 And what else would an elite super-assassin on a high-octane chase wear than a TAG Heuer Carrera – the iconic timepiece that was first created for high-speed pursuits on the racetrack. As any respectable agent will know, split-second decisions can be a matter of life and death. But just as important for a spy who hides in the shadows is its sleek, minimal, uncluttered design – proof that looks can also kill.

Little wonder, then, that The Gray Man is directed by Joe & Anthony Russo, two filmmakers who know a thing or two about bringing together a cast of superstars for a truly global action spectacle, having directed both Avengers: Infinity War and Avengers: Endgame.

While both Sierra Six and the narrative of The Gray Man are fictional, TAG Heuer’s “Don’t Crack Under Pressure” is a real-world manifestation of both. In partnership, Netflix aimed to make the link between TAG Heuer and The Gray Man undeniable. That said, when it came to the Gray Man’s watch, it had to be apparent that the TAG Heuer Carrera was the only choice — as it’s “The only watch that can keep up with The Gray Man.”

The partnership features work from award-winning photographer, Pari Dukovic, to capture Gosling as The Gray Man’s Sierra Six while donning the TAG Heuer Carrera Three Hands. Pari’s unique lens on The Gray Man is the core of the global 360° campaign, which will activate in nearly 80 countries and brought to life across 150 TAG Heuer retail locations, in print, OOH, innovative digital and social placements, events, and so much more.

The result looks set to launch a suave, super-spy saga for a new generation and there’s no partner more suited than TAG Heuer, where a history of excellence is similarly matched by a passion for action, an unparalleled focus on performance, and an unceasing desire to push what is possible.

“We are thrilled to partner with Netflix for The Gray Man – not only does it star our very own brand ambassador in the form of Hollywood icon Ryan Gosling, but with a cast that also includes Chris Evans and Regé-Jean Page. With the Russo brothers directing, it already is the must-watch movie of 2022. And what else would Gosling’s unflappable Sierra Six wear than a TAG Heuer Carrera Three Hands – an iconic timepiece that is designed for those who don’t crack under pressure” says TAG Heuer CEO Frédéric Arnault.

Ryan Gosling: “I play Sierra Six in the action-packed film, The Gray Man. Six is an agent whose life is on the line, every second of the day and he needs a watch that’s got him covered. It takes precision and dedication for him to survive, and so it seemed like the perfect fit for him to wear the TAG Heuer Carrera.”

From Magno Herran, Netflix Head of Marketing Partnerships: “At Netflix, we are always exploring unique opportunities that allow us to connect fans with the titles and characters they love. And we’re thrilled to partner with TAG Heuer, an iconic brand that compliments the timeless story of The Gray Man, to enhance the creative storytelling and seamlessly brings fans on Sierra Six’s exciting journey – both on and off the screen”.

The watch represents a showcase for the brand’s motor racing heritage, where elegance and fearlessness go hand in hand – much like Gosling’s agent. Like the motoring enthusiasts it was made for, Sierra Six would appreciate the dedication to clean lines and an obsession with readability, with the collection representing the purest and most elegant watch in the TAG Heuer portfolio.

For over 60 years the TAG Heuer Carrera has been designed for those pushing the limits in
mind and spirit. Charismatic CEO Jack Heuer’s goal with the introduction of the Heuer Carrera chronograph in 1963 was to create a watch that was uncluttered and perfectly harmonious – ideal for world-class drivers who needed to tell the time at a glance while under pressure. And now, for world-class hitmen on the run, too.

The company’s obsession with readability began in 1958 when Jack Heuer dropped from first to third in a Swiss rally he was competing in because he could not read the dashboard timer correctly. The Heuer Carrera, introduced five years later, was radically different to any other watch the company had produced before, embracing a clear and minimal design language to create unrivaled readability.

That commitment to legibility and clarity remains unwavering – the contemporary TAG Heuer Carrera Three Hands line projecting a piercing modernity alongside a sporty refinement that stays true to its storied roots.