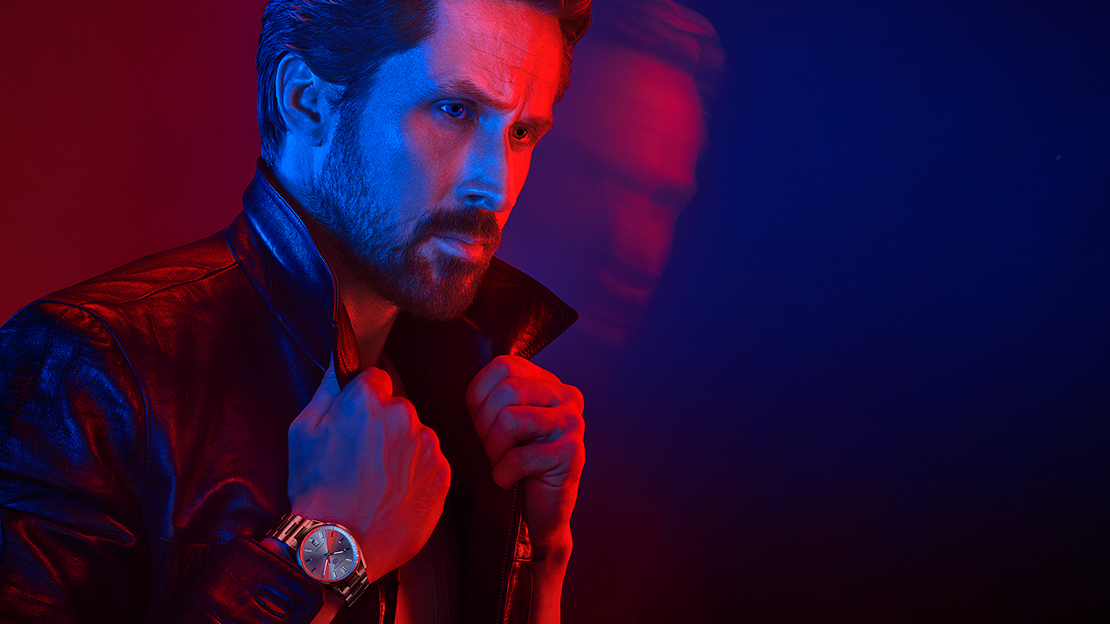 From his brooding wheelman in Drive to his all singing, all-dancing Oscar-nominated turn in La La Land, Ryan Gosling is an actor who defies easy categorisation. The attributes his roles do have in common: a willingness to be fearless, to constantly challenge himself and push what’s possible.

“We are thrilled to announce Ryan Gosling as TAG Heuer global ambassador, for his first ever brand partnership. A star since his early days, he has grown to become an icon – one both enigmatic and inscrutable. He is a true artist who chooses his projects with utmost care and dedicates himself to them like no other, not only shaping his character but the entire creative direction. The movie Drive represents the strongest link with who we are today, and we are excited about the creative projects we have together.”

“TAG Heuer has quietly and consistently been a classic and iconic pillar of excellence in its field for over a hundred and sixty years. Partnering with them was an easy decision and time, in general, is just something I think a lot about now. My kids are growing up fast so I keep an eye on the clock in a way I never used to.”

Gosling has become Hollywood’s most versatile leading man by always daring to be different. Few other actors would have taken on such challenging early films as The Believer, Half Nelson and Lars And The Real Girl. Yet they earned him rave reviews, Oscar and Golden Globe nominations, and a reputation as the most exciting young actor in Hollywood.

But it was Drive that turned Gosling from acclaimed actor into a new type of leading man – one who could also lend himself to whip-smart ensembles (Adam McKay’s The Big Short, which co-starred Christian Bale, Steve Carell and Brad Pitt).

Gosling isn’t only fearless in his choice of roles, but fearless when he films them too, shooting many of his own stunts. It’s work that clearly fascinates the actor – not only did Gosling play a stuntman in both Drive and The Place Beyond The Pines, but recently signed on to play one in The Fall Guy, to be directed by a former stuntman in David Leitch. The forthcoming The Gray Man, meanwhile, will be Gosling’s most action-packed role to date.

His commitment to excellence even extended to his very first TAG Heuer ad campaign photoshoot – handpicking the award-winning photographer Pari Dukovic and collaborating with him in every step of the creative process. The result: a campaign of vibrant visuals, inspired by Gosling’s own desire to shoot a campaign unlike any other, and one that marks yet another daring departure for the star.

“Ryan said he wanted to do something completely different. Colour has emotion and it’s completely unexpected. In creating these portraits it was about creating something timeless and timely at the same time. TAG Heuer’s watches have a timeless quality to them and that’s exactly what we wanted to do with the campaign.”

It’s no surprise, therefore, that Gosling’s performances have often drawn comparison to the late Steve McQueen, another leading man with a passion for motoring, stunts and spectacle. And who, like Gosling, became a style icon as well as a movie star.

TAG Heuer Carrera Three Hands
A new generation of TAG Heuer’s timeless sporty and elegant three-hand watch – the TAG Heuer Carrera Three Hands – could hardly provide a better way to start Ryan Gosling’s partnership with the brand. The watches represent a showcase for the brand’s motor racing heritage, where elegance and fearlessness go hand in hand. As a committed motoring enthusiast, few would appreciate the dedication to clean lines and an obsession with readability more, with the collection representing the company’s purest and most elegant watch in the TAG Heuer portfolio.

“I appreciate its timeless design. I like clean and simple design generally. Growing up, we lived on a pretty tight budget. I gravitated towards things that were simple and timeless so I didn’t have to think about keeping up with trends.”

For over 60 years the TAG Heuer Carrera has been designed for those pushing the limits in mind and spirit. Charismatic CEO Jack Heuer’s goal with the introduction of the Heuer Carrera chronograph in 1963 was to create a watch that was uncluttered and perfectly harmonious – ideal for drivers who needed to tell the time at a glance while under pressure.

Legend has it that the company’s obsession with readability began in 1958 when Jack Heuer dropped from first to third in a Swiss rally he was competing in because he could not read the dashboard timer correctly. The Heuer Carrera, introduced five years later, was radically different to any other watches the company had produced before, embracing a clear and minimal design language to create unrivalled readability.

That commitment to legibility and clarity remains unwavering – the new line projecting a piercing modernity alongside a sporty refinement that stays true to its storied roots.

In Spanish, carrera doesn’t just mean but road and race, but also career or course – fitting, perhaps, as the TAG Heuer Carrera Three Hands is for all owners who demand clarity in order to chart their own paths. Those, like Gosling, who push the limits, but do so needing to know where the limits lie.