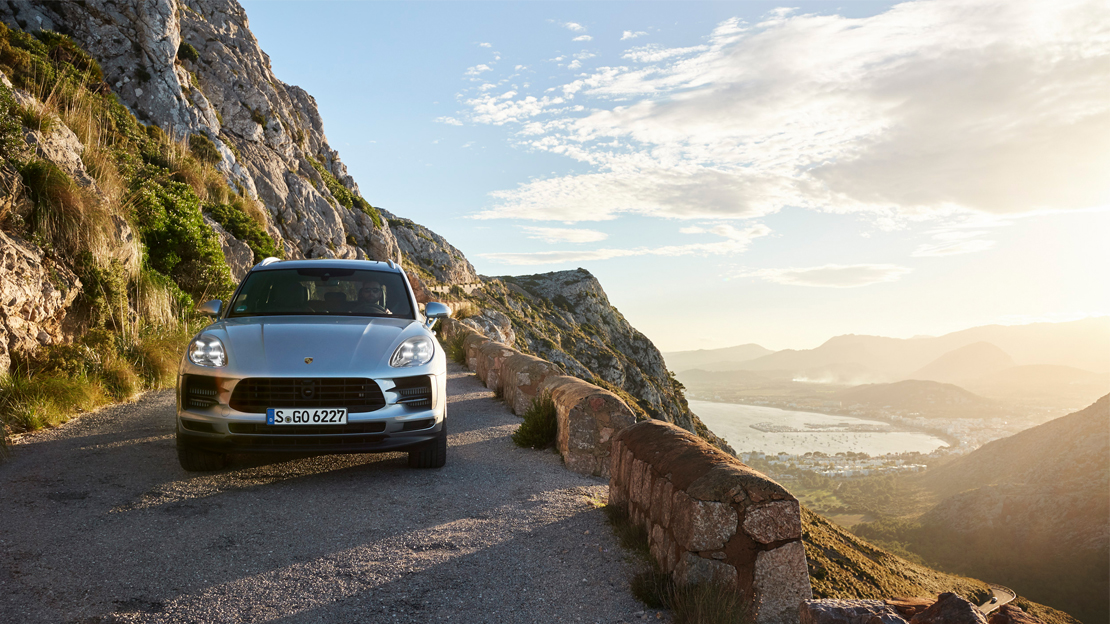 FOLLOWING the global premiere of the heavily revised Macan in Shanghai in July, and its European debut in Paris in early December, Porsche in Stuttgart unveiled an even sportier version of its compact sport-ute.

Benefitting from the upgrades received by the Macan, the Macan S arrives with a new turbocharged V6 engine equipped with a gasoline particulate filter, better brakes that can still be upgraded to a ceramic composite set, and a steering wheel lifted straight off the Porsche 911.

The 3.0-liter V6 (as opposed to the Macan’s four-pot) propelling the Macan S has its turbocharger located in between the two banks of cylinders. This means the charge expelled by the engine — which is what’s used to spin the turbo — has less to travel from the cylinder to the turbocharger. The turbo can then spool up more quickly, improving response.

Helping out further is the turbocharger’s twin-scroll setup, in which the engine’s exhaust is continuously fed to the turbine wheel in separate streams, ensuring more grunt in low revs. The revised layout in the combustion chamber — fuel is injected from dead smack center — ignites the charge better. Also new to this V6 is its gasoline particulate filter.

What these revisions do is increase the power output per liter from 111hp to 116hp while at the same time cutting emissions. The new V6 now makes 349hp, up 14hp from the previous engine, and 480Nm, or 20Nm more. If the Sport Chrono Package is optioned in the Macan S, the car can sprint from a standstill to 100kph in 5.1 seconds, a hair quicker than before, and on to a top speed of 254kph. Its fuel consumption is reckoned to hover around 8.9 liters per 100 kilometers.

The Macan S takes advantage of the chassis upgrades Porsche gifted the Macan with. As such, the Macan S rolls on staggered-size tires governed by the latest evolution of the Porsche Traction Management four-wheel drive train. Some steel components in the front suspension have turned into aluminum, making steering more precise, the ride more comfortable. Sway bars have also been retuned to keep the car’s handling neutral.

Like before, the Porsche Active Stability Management, height-adjustable air suspension and Porsche Torque Vectoring Plus are options well worth looking into.

Porsche had worked on the Macan’s brakes, too, shedding 300 grams from the brake pedal, as well as shortening its lever arm. What these lead to is better pedal “feel.” In the Macan S, larger, thicker brake discs in front boost stopping power, and most especially so if the Porsche Ceramic Composite Brake is ticked off the options list.

Like the Macan, the Macan S has turned sleeker with its full LRD kit, which counts in the three-dimensional rear LED light bar. In the cabin, the Macan S also sees the new Porsche Communication Management that now has a 10.9-inch, high-def touch screen panel, with which an array of connectivity functions can be controlled and accessed. The centerpiece, though, is the optional GT sports steering wheel taken from the 911. This thing integrates the Sport Response button that comes with the Sport Chrono Package. It’s no shabby thing at all to hold.