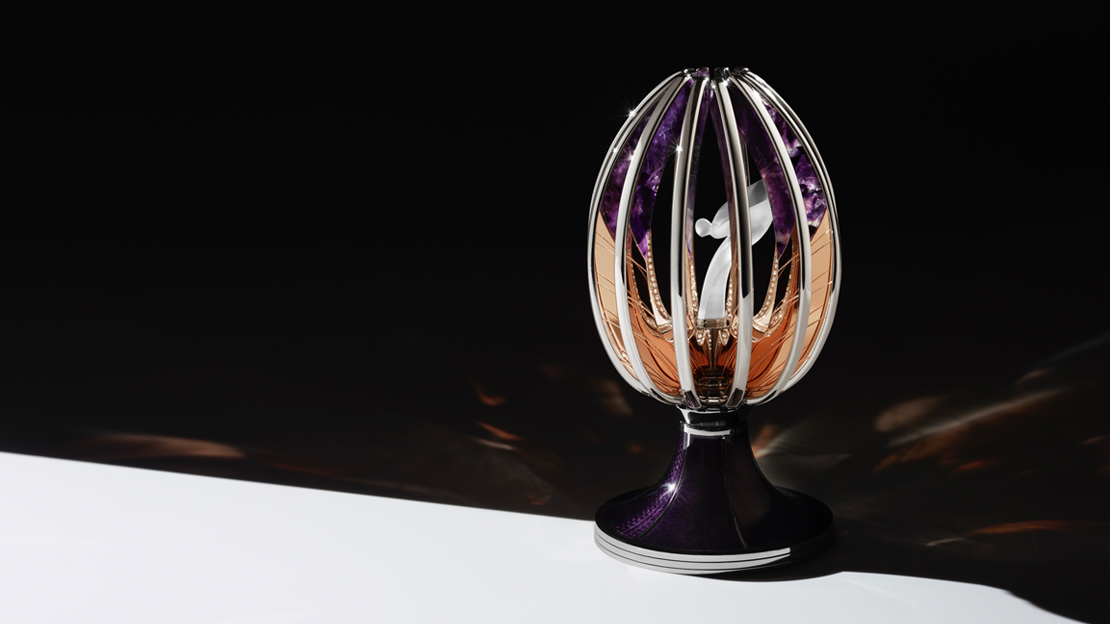 DON’T tell Daniel Ocean and his cohorts about this: Rolls-Royce Motor Cars and Fabergé have produced a Fabergé Egg.

This most coveted objet d’art — sculpture/artwork/jewelry/statement rolled into one — rooted in Russian royalty has for over a century been a must-have item in the collection of people whose net worth is bigger than the GDP of some developing economies. And it’s this level of affluence which most certainly is the case with the unnamed individual for which the luxury carmaker took the trouble of having Faberge craft a lone example of the fabled egg. The egg will adorn the residence of this “discerning patron,” as Rolls-Royce refers to him or her, who is only revealed as a “great collector” of both Rolls-Royce and Fabergé.

This very special piece, called the “Spirit of Ecstasy” Fabergé Egg, sees the iconic Rolls-Royce lady (or the Spirit of Ecstasy, which has adorned the brand’s cars since 1911) placed inside an egg conceived by Rolls-Royce designers Stefan Monro and Alex Innes. It was then rendered by Fabergé lead designer LiisaTalgren, before eventually given its shape by Fabergé work master Paul Jones.

Seven other Fabergé craftsmen — jewelers, to be specific — pitched in, working on the finest materials in fashioning the egg. The finished piece stands at a little over six inches high and weighs 400 grams. A layer of rose gold embellished by close to 10 carats’ worth of round white diamonds and more than 390 carats of natural amethyst wraps over the egg, defining its shape and protecting the Rolls-Royce lady within it. A lever tucked away from sight at the base of the egg’s stand opens the boughs to reveal the figurine inside, which is also hand-sculpted in frosted rock crystal.

Even the base on which the egg is mounted is precious; it is made from 18-karat white gold adorned by engine-turned, hand-engraved guilloché pattern with puple enamel.

The product born from this collaboration is only the second Fabergé Egg belonging to the Imperial Class that has been commissioned since 1917. The Imperial Class, of course, is where Fabergé’s finest creations are lumped in. As such, the Spirit of Ecstacy egg is truly a celebration of the history and heritage of both brands. All of this fussy work, by the way, took two years.

Between 1885 and 1916 the House of Fabergé created 50 Imperial Class eggs for the Russian royal family, 10 of which were finished by 1893 during the reign of Alexander III. The other 40 were produced during the time of Nicholas II — who was also a patron of Rolls-Royce.

The Spirit of Ecstasy Fabergé Egg was premiered on October 23 at the House of Rolls-Royce in Goodwood, England. It will be displayed at the London storefront window of Fabergé this Christmas season.

Panerai’s Makes Use of New Materials on Three Special PAMs

Not His, Not Hers…But Theirs