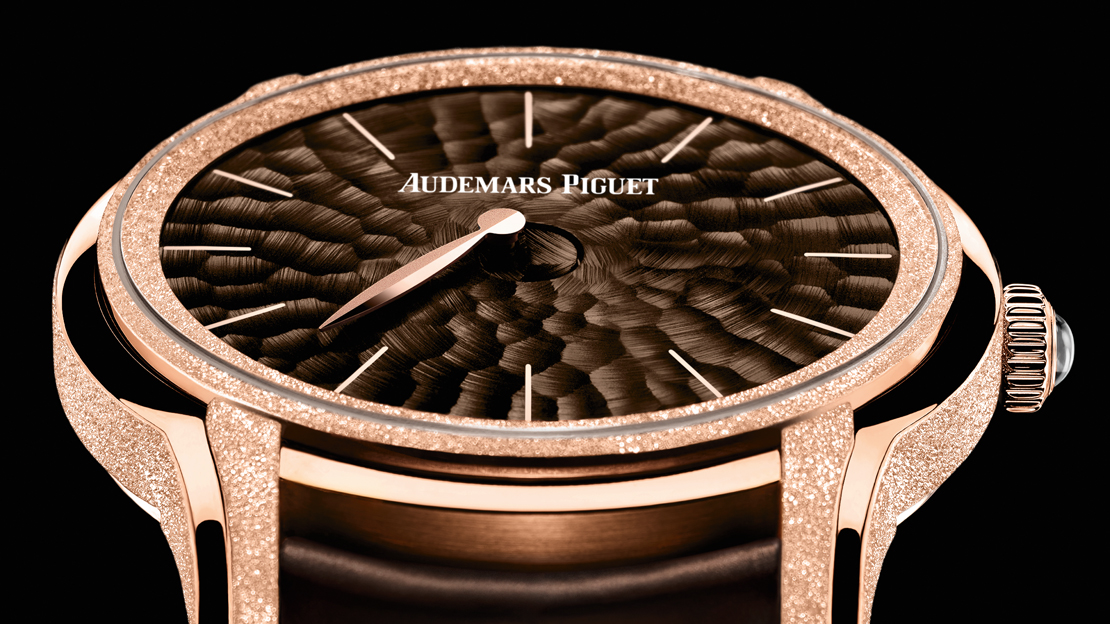 WHILE uncommon, single-hand timepieces aren’t exactly hard to get by either — nearly all MeisterSinger watches have but one hand, Defakto distills the Bauhaus aesthetic even further with some one-hand models There is no lack of Luch one-handers on Ebay, too.

The concept of single-hand time-telling goes way back in history; strictly speaking this can be traced to the sundial. In terms of mechanical contraptions, well, early tower clocks were one-handers, like that on the town hall of Florence, which was put up in 1353. The three clocks on the tower of Westminster Abbey in London, installed in the mid-1700s, have a lone hand each, too. And some pocket watches during the 18th century displayed time via a single hand.

While largely a technical solution in the distant past — one hand means less energy consumption — the method is also considered as a more romantic way of watching the moments pass, as opposed to racing against time minute by minute.

Audemars Piguet is known to have embraced this time-telling technique, which it says is more philosophical, sentimental; it liberates “time from the constraints of the modern industry’s relentless quest for precision,” the watchmaker bursts into song. In 1982, at the peak of the horology world’s “Quartz Crisis,” Audemars Piguet proved its affection for single-hand affair was no mere sap by bringing out its first Philosophique watch, which the brand built way into the 1990s. And this rather ornate men’s watch, by the way, was a handwound mechanical piece rather than some quartz-fired jobbie.

Now Audemars Piguet introduces its new Millenary Frosted Gold Philosophique that, like the original, uses only a single hand. The new version is a women’s model even if it is markedly larger, at 39.5 millimeters wide, than the 1982 watch, which accounts put it was only around 32 millimeters wide.

The measurements are a little deceiving though. This is because the original Philosophique was round while the new watch is an oval, wider than it is taller. And here Audemars Piguet found a perfectly good excuse to show off a bit of horologic flair; the hand is not affixed on a central spot. Rather, it traces an oval arc across the dial. The watchmaker did not supply much details regarding this mechanism, but it appears to rely on an extra pair of gears to allow it its elliptical sweep. The concept is similar to how single-hand windshield wipers on some mid-1980s Mercedes-Benzes worked.

As a piece belonging in Audemars Piguet’s Millenary collection, the Frosted Gold Philosophique’s case, which comes in either 18-karat pink or white gold, is heavily textured in most spots with small indentations — all done by hand. It’s a technique which the brand credits to Florentine jewelry designer Carolina Bucci, with whom Audemars Piguet has routinely turned to for such “frosted” finishing work (Bucci has done similar jobs on some Royal Oaks).

The dial of the Millenary Frosted Gold Philosophique — blue when combined with the white-gold case, brown with the pink gold — is also lavished with the same dimpled, diamond-dust effect because it, too, is the product of laborious hand-applied micro-hammering. Unlike in other single-hand watches sold today, Audemars Piguet did not bother with putting a minute scale on the dial and simply went with applied hour indices. The watch’s crown has a cabochon in blue, for the blue-dial version, or is translucent.

Audemars Piguet assigned its new self-winding cal. 3140 to the latest Philosophique. The 43-jewel cal. 3140, basically the cal. 3130 fitted with the single-hand gears, beats at 21,600vph and has a 50-hour power reserve. The movement is displayed through the sapphire crystal window on the caseback, and is adorned with a fancy gold rotor with some engraved artwork, as well as by bits of striping on the plates. This, too, is a sight to get lost in as one watches moments pass by.