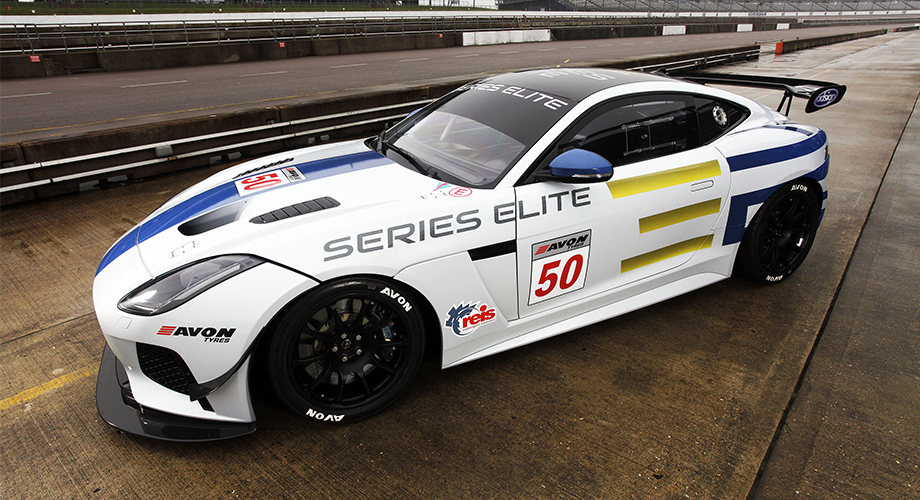 A new concept in motor racing has been launched with a series created exclusively for older racing drivers. Series Elite is a new one-make racing series with a lower-age restriction of 50 years, affording the more mature drivers an opportunity to compete on a level-playing field. The sports car selected for the championship is the new Jaguar F-TYPE SVR in GT4 specification, with an anticipated field of 20 cars.

Series Elite will target high net worth individuals, offering a turnkey racing opportunity and is designed to appeal to both amateurs and more experienced racers. Drivers will be provided with all the relevant training, testing and race experience needed to compete in the new series, with their cars stored and prepared at a centralised team facility.

This new series will kick off with its inaugural race weekend at Brands Hatch race circuit on October 27 and 28ththis year, headlining a BARC race schedule, followed by a full championship in 2019.Series Elite will visit Silverstone, Donington, Brands Hatch and Rockingham in the UK and an international finale event at the end of the season.

The race car for the championship, the recently unveiled Jaguar F-TYPE GT4 is newly designed and built specifically to the Series specifications. The car is a further offering in the globally popular, fast growing and competitive FIA GT4 class of race car. The car, based on the 200mph F-TYPE, has the supercharged V8 engine with rear wheel drive to meet FIA GT4 regulations and has been developed in-house at Jaguar’s Special Vehicle Operations facility in Coventry.

Series Elite is also unique in offering competitors the chance to take part in several exclusive events and activities. These activities, often in collaboration with Jaguar and organised away from the track, include ice driving experiences, attending sporting events, exclusive dinners, selected corporate social responsibility and charity events.

The masterminds behind Series Elite are Totally Motorsport Group Holdings, a consortium experienced in business and the motorsport industry. It is led by long-time motorsport entrepreneur, Graeme Glew, who has developed the concept and will oversee its launch and development in the coming months.

UK motorsport veteran and series director Glew says, “Currently there is no series that caters specifically for older drivers who want to compete at a high-level with like-minded racers. We’re filling this gap with Series Elite supported by Jaguar’s race car expertise. Our competitors will own their own cars, but all the other aspects of going racing – preparing the cars, transporting them, arranging hospitality, travel and accommodation – will be arranged for them. With time at a premium it will allow drivers to fulfill their desire to go racing with minimal effort and fit into their busy lifestyle.

“Our offering will also extend off-track too, with high-class hospitality and exclusive lifestyle events outside of race weekends to expand the race experience into new areas, such as ice-driving.”

Greg Clark, Director Vehicle Personalisation at Jaguar Land Rover adds, “The Jaguar F-TYPE GT4 was developed last year for Invictus Games Racing and following this we were approached to develop the car for Series Elite. The concept and series profile is an obvious fit for Jaguar and it is an appropriate next step for us to expand production of the GT4 car, with a controlled environment and build schedule for this year. We are looking forward to seeing the first grid of cars at Brands Hatch before the full season with a 20-car field in 2019.”