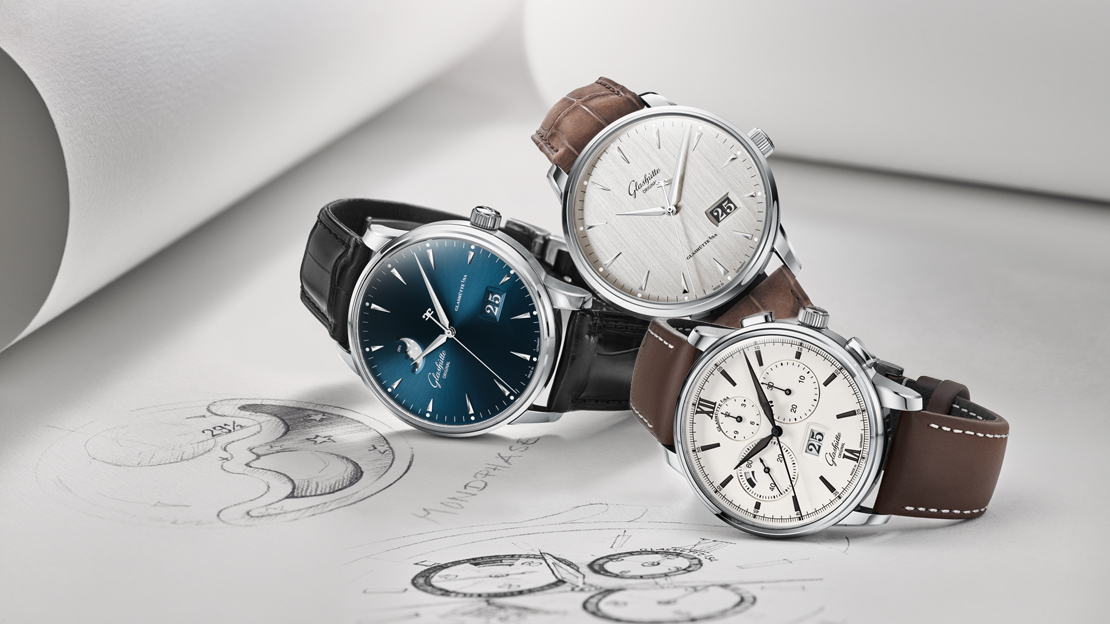 THE Senator has long served as a pillar among Glashutte Original’s collections, with its perpetual calendar version holding the distinction of having been named Watch of the Year 2000 — just as Glashutte Original was bought by the Swatch Group. The line continues to hold its high office these days, periodically seeing improvements to its work.

Marking out the Senator Excellence pair are their blue, silver-gray and white dials, all of which handcrafted at Glashütte Original’s own dial manufactory in Pforzheim, some 500 kilometers away to the south west of Glashutte. Found on the dial are the line’s applied triangular indices and signature panorama date windows between 4 o’clock and 5 o’clock, as well the moonphase indicator (obviously for the model fitted with one) situated diagonally across it. The new versions also wear slightly larger, 42-millimeter cases made of stainless steel, and all with beefy lugs and well-defined chamfered details. Both sides are covered by sapphire crystals, while strap choices are between alligator nubuck leather or a steel bracelet.

Just as compelling is the movement powering the two Senator Excellence pieces — Glashutte Original’s self-winding calibre 36, which from launch in 2016 has been praised for its silicon hairspring, skeletonized 21-karat gold rotor, 100-hour power reserve and the ability to exceed COSC chronometer testing standards (about which Glashutte Original sees no need to crow). The calibre 36 becomes the 36-03 in the Panorama Date and the 36-04 in Panorama Date Moon Phase. In either case, both — along with the entire watch — have undergone a 24-day endurance test before they reach the showroom.

The Senator Chronograph Panorama Date is spun by Glashute Original’s equally eminent calibre 37-01, a movement that raised the brand to a loftier status on planet horology on account of it being made in-house. This self-winding, flyback chronograph relies on a column wheel setup for its central second hand, 30-minute and 12-hour counters, and small-second hand. It’s also fitted with a big date display and 65 jewels, spins at 28,800vph, and packs a power reserve of 70 hours (which is read out on the small-second sub register). Its high precision rate comes partly from a regulator-free adjustment, which is done via four gold screws on the balance rim

Glashutte Original first released the Senator Chronograph Panorama Date in 2014, the watch housed in either red gold or platinum, before eventually getting a stainless steel case. This year the piece gets to come in the same 42-millimeter steel armor, but which now has a white dial instead of black. This time then the dial has all its markings, indices and hands rendered in black — no color accents, no variation in finishing, no gradations — just black, thank you. Now if black over white isn’t legible enough, some markings have been coated with Super LumiNova. Retained though is the perfectly symmetrical layout where two large sub registers (small second with a power reserve indicator at 9 o’clock, 30-minute chronograph counter at 3 o’clock) flank the smaller 12-hour counter at 12 o’clock. At the bottom, balancing out the smaller sub register are the big date panorama window and the Glashutte Original label beneath it. Roman 12 and 6 numerals add a touch of classicism to the watch — perfect for a solon.