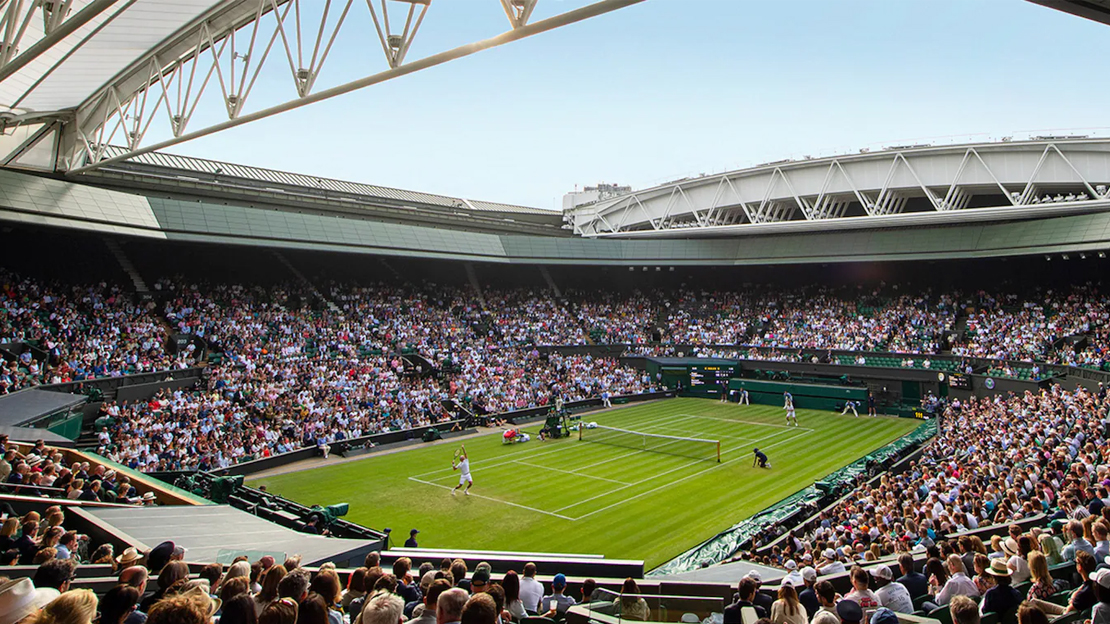 This year’s 135th edition of The Championships, Wimbledon, promises to be another joyous occasion, marrying tradition with modernity during a fortnight of compelling sporting spectacle at the height of the English summer. The leading players and emerging stars from across the globe will be in action in southwest London from 27 June to 10 July, with Rolex once again the Official Timekeeper for the world’s oldest tennis tournament.

Wimbledon occupies a special place in the hearts and minds of tennis fans worldwide but the magic extends beyond the history, atmosphere and traditions. This is a place of epic duels, where legends are written by the greats of the game. And maintaining the tournament’s heritage sits alongside a deep commitment on the part of the All England Lawn Tennis & Croquet Club to constantly innovate.

The Swiss watchmaker has nurtured a special relationship with the season’s third Grand Slam® event since 1978, when a pioneering union marked the start of its burgeoning partnership with the sport. In the ensuing decades, the brand has built a rich legacy of championing high performance and helping to maintain the traditions of tennis. The alliance extends to all four Grand Slam tournaments, today’s elite competitors and legends of the game, as well as the organizations that administer the game globally.

100-Year milestone
An example of Wimbledon’s innovative approach this year is the introduction of play on the middle Sunday to the permanent schedule, meaning competition will take place over 14 consecutive days. The tournament also marks the centenary of Centre Court at its current home in the Church Road grounds. In 1922, the increasing popularity of the sport prompted the venue to be moved from its original location on nearby Worple Road. The new show court, with a seating capacity of 9,989 and standing room for 3,600, was declared open by King George V. Today, Centre Court seats up to 15,000 and features a retractable roof that enables play to continue in unfavourable weather conditions.

One player who has become synonymous with the hallowed turf of Wimbledon is Rolex Testimonee Roger Federer. The record eight-time men’s singles champion won his first Grand Slam title here in 2003, igniting his era of dominance in the modern game. The Swiss phenomenon underlined his remarkable longevity and dedication to his craft by winning the last of those crowns in 2017, aged 35.

Fellow Testimonee Björn Borg was another to excel on the manicured grass, winning five consecutive titles between 1976 and 1980, as well as American Chris Evert, who lifted the Venus Rosewater Dish three times in her distinguished career.

TESTIMONEE TRIUMPHS
Five years on from winning the title in 2017, when she dropped just one set throughout the fortnight of play, Garbiñe Muguruza will be seeking a triumphant return to SW19. Joining her is fellow Testimonee Angelique Kerber, who won the women’s singles crown in 2018 to lift her third Grand Slam trophy. The left-hander will be striving to improve on her semi-final run last year.

Joining the former champions is a host of Testimonees who have shown formidable form in the first half of the season. World No. 1 Iga Świątek has dominated 2022, claiming six titles to date. She will be pursuing a third Grand Slam win after overcoming fellow Testimonee Cori Gauff at Roland-Garros earlier this month. Gauff reached the final without dropping a set and will be seeking a successful run at The Championships, where she sensationally became the youngest ever qualifier for the women’s singles draw three years ago at the age of 15.

Spanish 19-year-old Carlos Alcaraz has also shone brightly this year, capturing four titles so far, including two highest-status ATP Masters 1000 trophies, in Miami and Madrid. Playing in just his second Championships, he will look to capitalize on his powerful groundstrokes and trademark delicate drop shots.