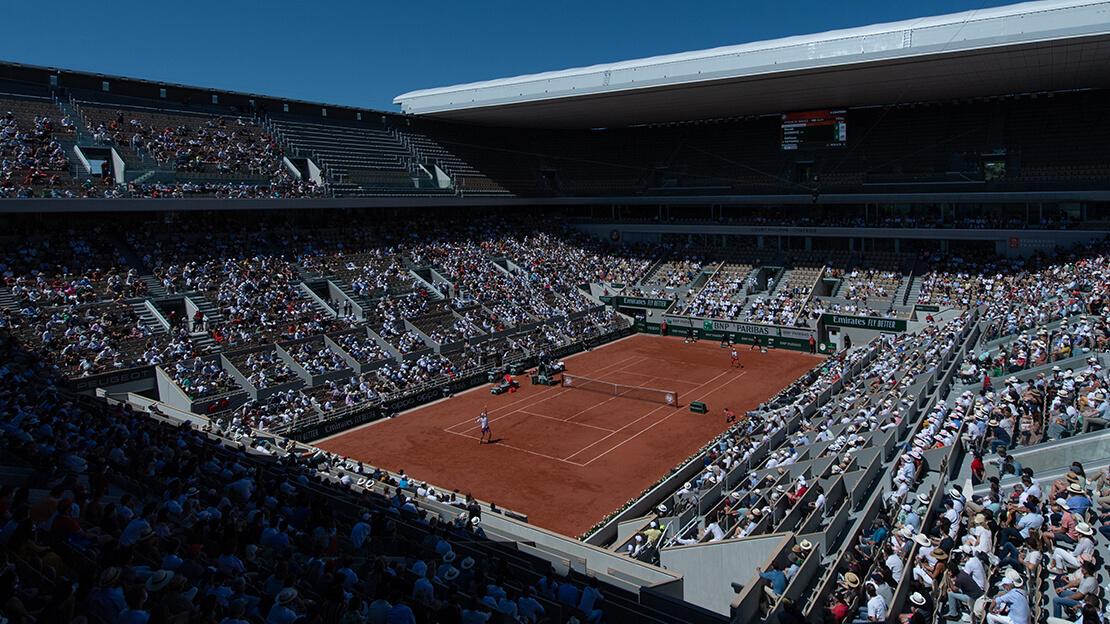 Rolex will be present as Premium Partner and Official Timekeeper of Roland-Garros for a fourth consecutive year as the 126th edition of the tournament takes place in Paris from 22 May–5 June.

The second Grand Slam® tournament of the year has a rich history, with origins dating back to 1891. Roland-Garros presents a unique challenge, its red clay courts producing a high bounce and slower pace of play that places huge physical and mental demands on players over the course of long matches.

The brand’s relationship with tennis began in 1978 when the Swiss watchmaker became Official Timekeeper of The Championships, Wimbledon, the sport’s oldest and most revered tournament. Since then, Rolex has expanded its presence in the game, becoming a partner of all four Grand Slam tournaments.

The partnership extends to the organizations that administer tennis worldwide, along with some of the greatest players to have graced the court, including seven-time Roland-Garros women’s champion Chris Evert and Björn Borg, who lifted the Coupe des Mousquetaires six times as men’s champion. Fellow Testimonee and trailblazer Li Na etched her name in history at Stade Roland-Garros in 2011 as the first Chinese woman to win a Grand Slam singles title as well as Roger Federer, whose 2009 Roland-Garros men’s singles title completed his career Grand Slam.

CONQUERING THE CLAY
Among the Rolex Testimonees contesting the Paris showpiece, Iga Świątek is in prime form to replicate her 2020 performance when she claimed her maiden Grand Slam title on Court Phillipe-Chatrier without dropping a set throughout the two weeks of competition. The 19-year-old has won five consecutive tournaments this year including four at the WTA 1000 level, propelling herself to World No. 1.

Fellow Rolex Testimonees Stéfanos Tsitsipás and Carlos Alcaraz arrive in Paris also in excellent form, eager to claim their first Grand Slam title. Tsitsipás has had a strong start to the 2022 clay-court season, having successfully defended his Rolex Monte-Carlo Masters title in emphatic style last month. Greece’s World No. 4 reached the men’s singles final last year. Carlos Alcaraz, meanwhile, has started 2022 with intent, winning the ATP 500 in Rio de Janeiro, the ATP Masters 1000 in Miami, the ATP 500 in Barcelona and most recently the ATP Masters 1000 in Madrid.

Jo-Wilfried Tsonga will be competing in his last tournament. The Frenchman is set to retire with 18 titles to his name, including ATP Masters 1000 titles in Canada and Paris. Other Testimonees seeking success in the French capital include Swiss Belinda Bencic, who will aim to build on her WTA 500 Charleston Open title in April, 2016 women’s champion Garbiñe Muguruza, two-time men’s singles finalist Dominic Thiem and Jannik Sinner, who last year broke through to win four ATP titles.