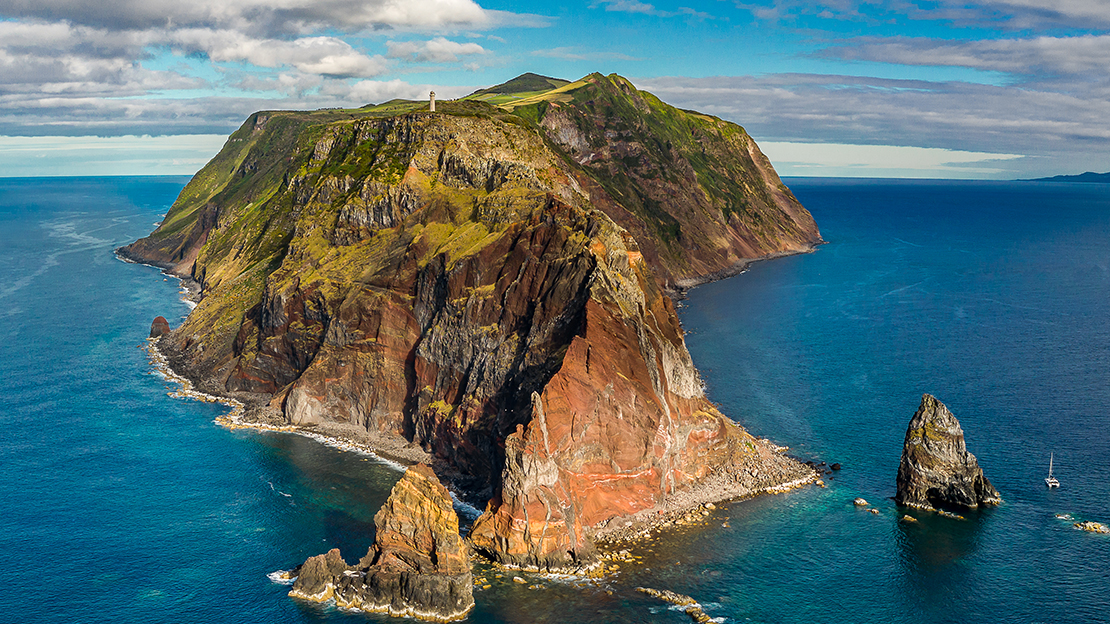 For legendary oceanographer and explorer Sylvia Earle, Founder of marine conservation organization Mission Blue, “the Azores Archipelago is a magnet for life. It really is a magical place. Launching the Azores as a Hope Spot is so logical – just ask the whales.”

Whales and porpoises will be among hundreds of marine species to benefit from a new Mission Blue ‘Hope Spot’ in Portugal’s Azores Archipelago, a grand oasis in the middle of the Atlantic Ocean known for its rare and richly valuable ecological and biological qualities.

Rolex and Mission Blue, one of the pillars of the company’s Perpetual Planet initiative, have a shared commitment to preserve the planet. The two are united in an inspirational endeavour to explore, restore, revive and guard the world’s oceans.

For over a decade, Mission Blue has ignited action to protect critical ocean ecosystems.

It has, to date, established more than 130 Hope Spots in parts of the oceans, like the newly announced one in the Azores, that are considered vital to the preservation of species, or places where communities rely on a healthy marine environment to survive.

Sylvia Earle, a Rolex Testimonee since 1982, expresses Mission Blue’s affinity with the company: “Like Rolex, I feel that we have to continue our efforts towards a Perpetual Planet so that the marvels of the ocean in all its teeming diversity are not lost to future generations,” she says. “Together we can make a difference.”

THE AZORES − PROTECTING A DEEP-SEA ECOSYSTEM
The islands of the Azores harbour an important deep-sea ecosystem that attracts 25 species of cetaceans such as whales and porpoises that find rich feeding grounds among the archipelago’s concealed seamounts. Hundreds of species of fish, along with coral gardens and sponges, also thrive in the warmer waters delivered via a branch of the Gulf Stream. However, this rich ecosystem is under pressure from human activities including fishing, coastal construction, marine transport and agriculture.

The Azorean people are well aware of the importance of a healthy marine environment and many are involved in ecotourism. In the 1980s, the Regional Government established several small, dispersed Marine Protected Areas (MPAs). In 2019, it went further. In collaboration with the Oceano Azul Foundation and the Waitt Institute, it announced the Blue Azores programme, with the goal of creating a network of fully protected MPAs covering 15 per cent of the Azorean Sea. To accomplish this, they are developing innovative studies and approaches, contributing to the sustainable management of fisheries, supporting scientific processes and implementing a ‘blue literacy’ programme for schools, among other activities.

As part of the nomination process, Mission Blue’s Hope Spot council reviewed these efforts,
as well as the scientific research of the Hope Spot Champions on the ground, and concluded that the policy momentum is strong and the time is right to designate the Azores as a Hope Spot.

Says Sylvia Earle: “The Azores Archipelago was named a Hope Spot in recognition of the collaborative efforts of the government, University of the Azores, organizations and community members. Together, they are working to achieve increased marine protection and a growing comprehensive network of protected areas that extend from the surface of the sea all the way down to the deep seafloor.”

Overall, the aim is to contribute to Portugal’s, as well as Mission Blue’s, efforts to reach the international goal of protecting 30 per cent of our oceans by 2030. Mission Blue’s own work is long-term and it is achieved through a combination of policy advocacy, communications campaigns and regular oceanic expeditions that build support for the protection of these vital ecosystems.

Each of Mission Blue’s designated Hope Spots has a Champion who is involved in conservation and coordinates action in the area by meeting government and business leaders, running advocacy events and working with children of all ages. Christopher Pham, Azores Hope Spot Champion, who works as a research associate at the Okeanos research centre of the University of the Azores specializing in deep-sea ecosystems and plastic pollution, says: “The inclusion of the Azores as a Hope Spot is a significant step in our mission to promote the protection of this unique place.” By becoming a Mission Blue Hope Spot, the Azores and the Champions on the ground will now have higher visibility on the global ocean conservation stage, allowing them to renew the call for enhanced marine conservation ahead of the 2030 deadline.

IN SUPPORT OF OCEAN CONSERVATION
Rolex is also helping to protect the oceans through a variety of partnerships and grants. These include individuals such as Rolex Awards Laureates Barbara Block, Vreni Häussermann and Brad Norman, as well as Rolex Awards Associate Laureate Emma Camp and global networks of marine scientists such as Our World-Underwater Scholarship Society. The company also partners with the Monaco Blue Initiative that brings together experts, policymakers and business entrepreneurs along with local and international NGOs, to discuss and highlight solutions to current and future challenges of ocean management and conservation. Additionally, it has supported individual expeditions such as Under The Pole III. Since 2017, the team has been exploring the oceans to study the mesophotic coral ecosystems that exist between 30 and 150 metres and advance underwater exploration techniques.