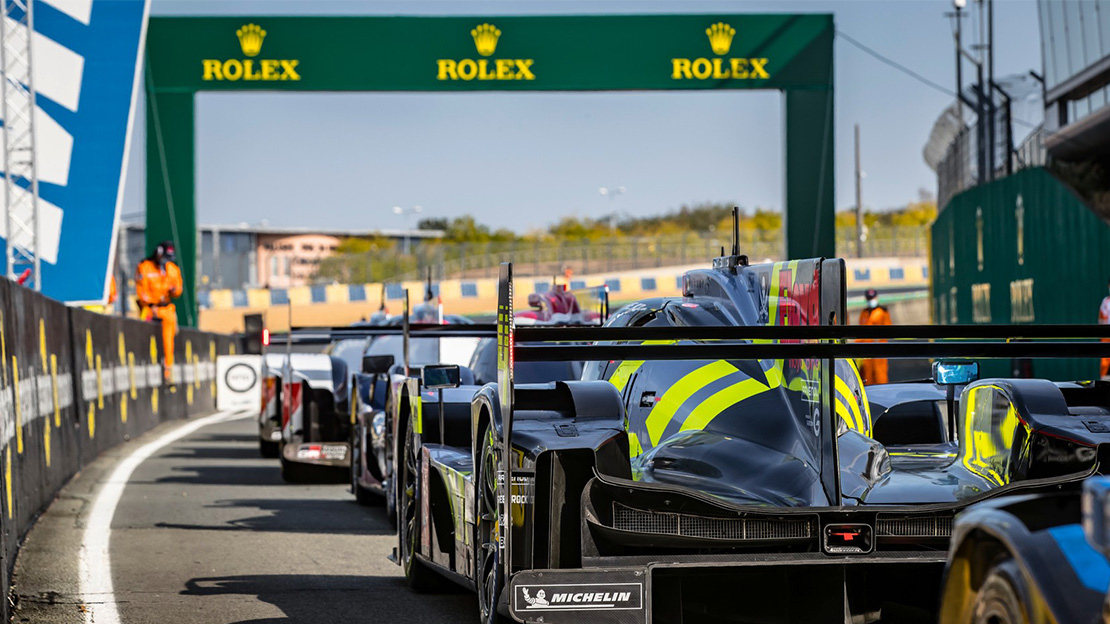 “Le Mans demands the very highest levels
of preparation and performance from drivers, teams and cars, which is echoed in
Rolex’s culture and pursuit of perfection.”
• Tom Kristensen, 9-Time winner at Le Mans and Rolex Testimonee

While the 88th running of the 24 Hours of Le Mans was delayed by a few months and slightly dampened by a compressed pre-race schedule, the 2020 edition gave the 59 entrants a unique challenge with longer periods of darkness and unexpectedly drier conditions. Held in September for the first time since 1968, the world’s oldest and greatest endurance race also marks Rolex’s 20th outing as the Official Timepiece of the 24 Hours of Le Mans, making this spectacle an integral part of the brand’s enduring relationship with motorsports.

From the opening lap, the cars vied for position throughout the field, with the drivers showing craft and expert handling around the 13.626-km track. At the halfway point, having built a commanding lead, the No. 7 TOYOTA GAZOO Racing was forced into the garage for a turbo change, handing first place, and ultimately a hat-trick of 24 Hours of Le Mans wins, to the No. 8 sister car driven by Sebastien Buemi, Kazuki Nakajima and Brendon Hartley. It was an intense and attritional contest in the Le Mans Prototype 2 (LMP2) class with the No. 22 United Autosports narrowly taking victory from the No. 38 Jota entry. In the Le Mans Grand Touring Endurance (LMGTE) categories, Aston Martin secured wins in both the Pro and Am classes, with the No. 97 and the No. 90 respectively.

The closing stages of the endurance epic reminded the teams and drivers how critical reliability and resilience are for the duration of the 24 hours, with a tense final sprint to the flag. Speaking from his home in Denmark, having not travelled to Le Mans for the first time in 23 years due to the event taking place behind closed doors, record holding Le Mans winner Tom Kristensen commented: “It was a strong race with very deserved winners in all four categories. Everyone had to deliver the necessary skills to overcome the mythical challenge of Le Mans. It was especially exciting to see some very talented young drivers showing great performance, which bodes well for the future of the sport.”

As with tradition, the drivers of the victorious No. 8 LMP1 Toyota deservedly received a Rolex Oyster Perpetual Cosmograph Daytona engraved with the word “winner” during the podium ceremony.