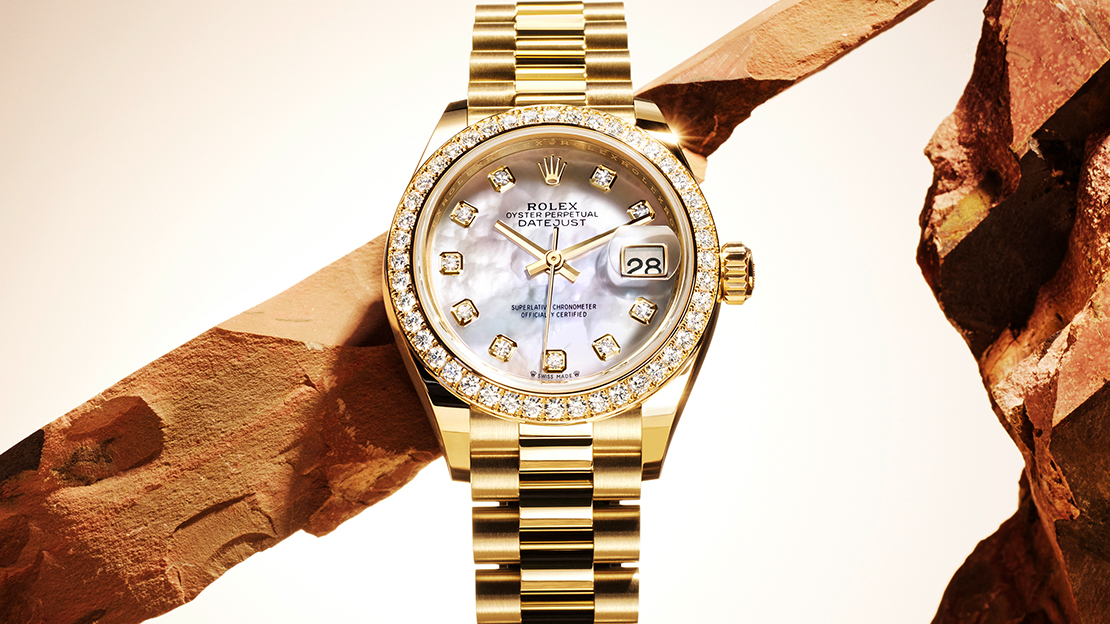 In a world where many are avoiding calling something a men’s this or a women’s that, Rolex just goes on doing what they do. The Rolex Lady-Datejust is a great example.

The Lady-Datejust was born in 1957. This was a time when women’s roles were changing, and indeed the way they were perceived by themselves and by others was changing. Watches were no longer just the pretty little jewelry pieces meant to match their outfits, they needed to be as sturdy as those of men but also needed to answer the further demands being asked of them in their own way.

Sylvia Earle, an American marine biologist, oceanographer, explorer and author got her Master of Science that year. Clearly not someone who needed a pretty but frail trinket on her wrist. Pat Smythe, OBE, had just won her team medal in the Olympics for showjumping. Actress Audrey Hepburn and fashion designer Adèle Simpson were both style icons of their time that were no less ladylike than their mothers yet reached for more.

The Lady-Datejust was created to meet this need. A classic women’s watch, a timepiece of smaller proportions but still built to the unwavering standards of the crown. To this day, it remains a classic watch that can easily move between everyday and evening event with the same level of confidence, precision and robustness as any of the men’s watches. But perhaps with a little more flair. The watch will have the same Syloxi hairspring and Superlative Chronometer certification, but it may also have the precious stones that Rolex selects for their gem-set watches. The dials can be as traditional as you may wish or the choice may be for mother of pearl with diamonds for indices. And it isn’t just the gems themselves that add value and prestige, Rolex has gotten quite the reputation in gem-setting because of the attention to detail for things like the precise alignment of the gems, the choice of position and orientation, the finishing of the beads on the bracelets, all with the needed robustness and reliability that is not only expected but demanded.

Rolex continues to support women of talent, strength and accomplishment not just with their products but by choosing them as examples meant to inspire others. Dame Kiri Te Kanawa, the world-renowned soprano, was the first Rolex Testimony in the Arts, Pianist Yuja Wang has been a Testimony since 2009. The Foundation also supports those making a difference in worlds of sports and exploration. Testimonies golfer Annika Sorenstam and tennis player Garbine Muguruza made or are making their difference in the sports arenas. British Biologist Emma Camp, a 2019 Associate Rolex Awards Laureate, is doing her best to help save the globe’s endangered coral reefs. She follows in the footsteps of the aforementioned American Biologist Sylvia Earle, herself a Rolex Testimonee since 1982.

There is a reason why many, whether men or women, are returning to the classic look and feel of the timeless, iconic yet subtle (if you so choose) timepieces like the Rolex Datejusts.