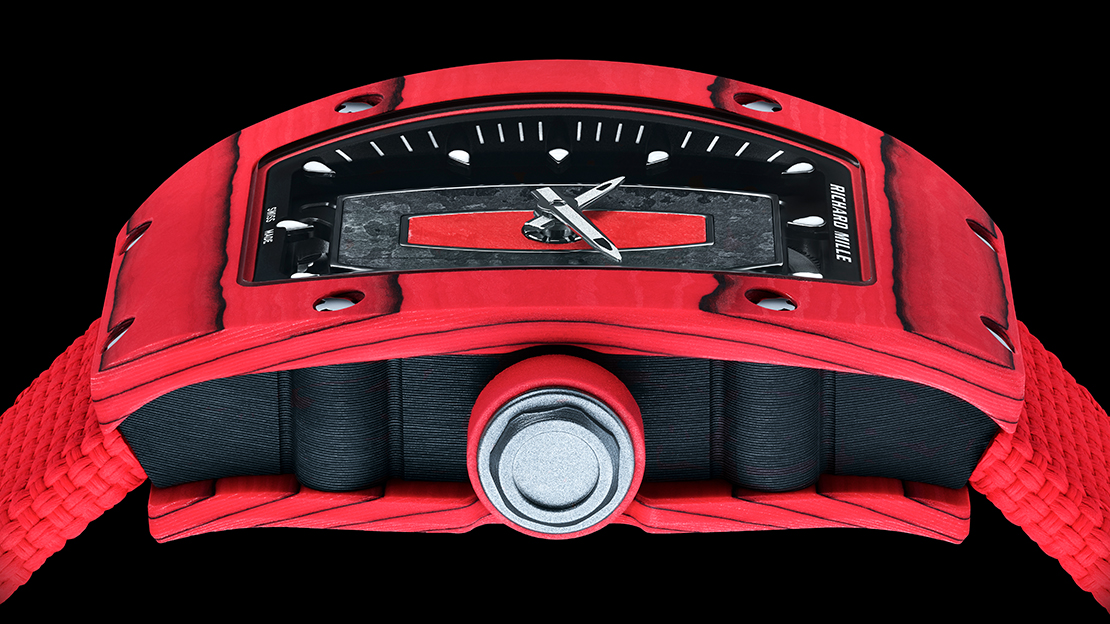 The Richard Mille Racing Team will launch its second-ever racing campaign in Belgium or rather, at the storied Spa-Francorchamps circuit. With its all-female trio of Beitske Visser, Sophia Flörsch and Tatiana Calderón, the team sponsored by the eponymous watch brand is sure to garner plenty of attention as it makes its FIA World Endurance Championship (WEC) debut in LMP2.

As the Richard Mille Racing Team well knows, and all Endurance fans can confirm following the postponement of the 1,000 Miles of Sebring, patience is a virtue. The 2021 FIA World Endurance Championship will finally start on 26 April at Spa-Francorchamps, and all the protagonists are ready to battle it out on one of the most demanding and popular tracks of all time!

‘The end of April is fast approaching, and waiting until now has been the hardest,’ says Sophia Flörsch. ‘I honestly miss the long hours in the car!’

‘It’s been a long time coming!’ adds Tatiana Calderón. ‘The first race ofthe season is always an exciting time. You come together as a team, but you don’t know where you stand compared to the competition. It’s also the firsttestto determine what areas you need to work hardest on.’

This sporty version of the emblematic RM 07-01 features the signature red of ‘Roxy’,the Oreca-Gibson #1 car crewed by Beitske Visser, Sophia Flörsch and Tatiana Calderón, with all the much-vaunted attributes of the famous classic. Among them is the in-house Calibre CRMA2, an automatic skeletonised movement. The major innovation for this new collection is its fiery red case made of Carbon TPT® and Quartz TPT®. Carbon TPT® is used on the case band and dial, which is enhanced with Quartz TPT®, uniting these two materials, both made for competition and critical to withstanding the shocks experienced in a race car cockpit.

Thanks to its harmonious design, ultra-light materials and a curved case combining resistance and comfort in all circumstances, the RM 07-01 Racing Red will be a constant companion for the three Richard Mille Racing Team drivers, who will wear them while competing as well as in their daily lives.

After earning their spurs on the European scene in 2020,the ambitious trio has no qualms about their readiness for the World Championship.

‘The FIA World Endurance Championship is extremely demanding,’ declares Tatiana Calderón. ‘We are all so grateful to Richard Mille and Signatech for trusting us and allowing us to compete with the best drivers in the world, such as one of my childhood idols, Juan Pablo Montoya. Some teams are particularly strong, but we will give it our all to fight at the front. We have all the potential and the tools to achieve this while continuing to learn step by step.’

I’m looking forward to this FIA WEC programme with a fantastic team, a great car and some very formidable competition’, adds Sophia Flörsch. ‘We wantto do our best, starting in Spa. I’m looking forward to Spa even more because I’ve never competed there before. I have driven there, but this will actually be my first race on that circuit!’

To ensure the the team is fully equipped to show that the best female talents have nothing to envy the stars of endurance racing from the LMP2 category, the Richard Mille Racing Team will again enjoy the technical support of Signatech. As it happens the French team has enjoyed great success on the famous ‘Toboggan of the Ardennes’, with a win in 2016 and podium finishes in 2018 and 2019.

‘We know this track quite well, even if things are now slightly different due to regulatory changes affecting significant areas, such as the aerodynamic configuration of the cars’, notes Signatech’s director, Philippe Sinault. ‘This impact will be especially felt at Spa, but we are fortunate to have the same crew as last year. This gives us valuable and solid fundamentals that should enable us to keep our momentum going and consolidate our progress right from the first race of our second season.’

Thirty-five cars, including 14 entered in the LMP2 category, will be presenting Belgium, where the weather conditions promise to be as unpredictable as ever.

‘Like Sophia and Tatiana, I feel it’s been quite a long break, but we are all more than ready to finally go racing’, concludes Beitske Visser. ‘We learned a lot last year and we are stepping up this year, so we have to keep working with the same momentum and try to do our best to take the Richard Mille Racing Team and the Paris Brain Institute as high as we can!’

Qualifiers will take place on Friday, 30 April, in the early evening. The Total 6 Hours of Spa-Francorchamps will start on Saturday, the first of May at 13h30.