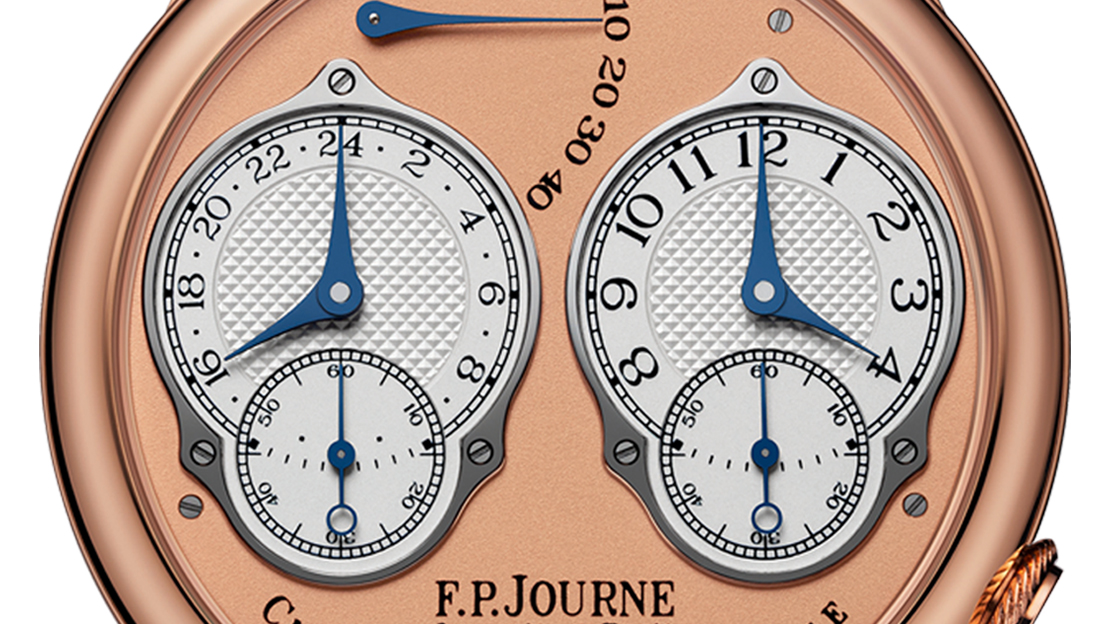 FRANCOIS-PAUL Journe has reinterpreted his Chronometre a Resonance (literally “resonant chronometer” in English) for years now — the piece that marked the watch’s first decade in 2010, for instance, received a 24-hour digital indicator evoking a vintage parking meter. As the timepiece prepares to celebrate its 20th anniversary in 2020, F.P Journe is again setting out to alter the watch.

To be produced only in 2019, the anniversary version of the Chronometre a Resonance will see its hour dial at 9 o’clock get a 24-hour analog readout even as the hour dial at 3 o’clock retain its 12-hour setup. This 2019 rendition intended to herald the 20th anniversary will be made available in two versions; one with a platinum case on which the dials are in white gold, the other in 18-carat gold with two silver dials. The dials, in both watches, are adorned with guilloche Clous de Paris and can be set to track two time zones.

This, certainly, sounds simpler than it actually is. The Chronometre a Resonance has two balance wheels incorporated into one movement — F.P. Journe’s celebrated cal. 1499 (36 jewels, 21,600vph, 40-hour power reserve). Taking advantage of the phenomenon of resonance, in which one oscillating body somehow influences the rate at which another body nearby spins, the pair of balance wheels compensates for any discrepancy one of them may produce; if one goes out of sync, the other adjusts the rhythm. This works on the principle that any vibrating (or oscillating) object transmits the movement to its environment. A similar object nearby can pick up this movement, absorbing the energy and would then start vibrating or oscillating at the same frequency. One becomes the “exciter,” the other the “resonator.” The result of this resonance is a steadier rate, and thus more accurate timekeeping.

But F.P. Journe is also quick to point out that this harmony is possible only if the difference in frequency between the two balance wheels is virtually negligible. If the difference goes beyond what is acceptable, then achieving any sort of resonance is difficult. Adjusting the two wheels’ rate is therefore crucial and, not to put too fine a point on it, quite fiddly. Now, consider too that feeding this regulated output to gear trains meant to keep track of two time zones isn’t any less complex.

Two decades on, the Chronometre a Resonance loudly and so clearly resonates with horologic mastery.