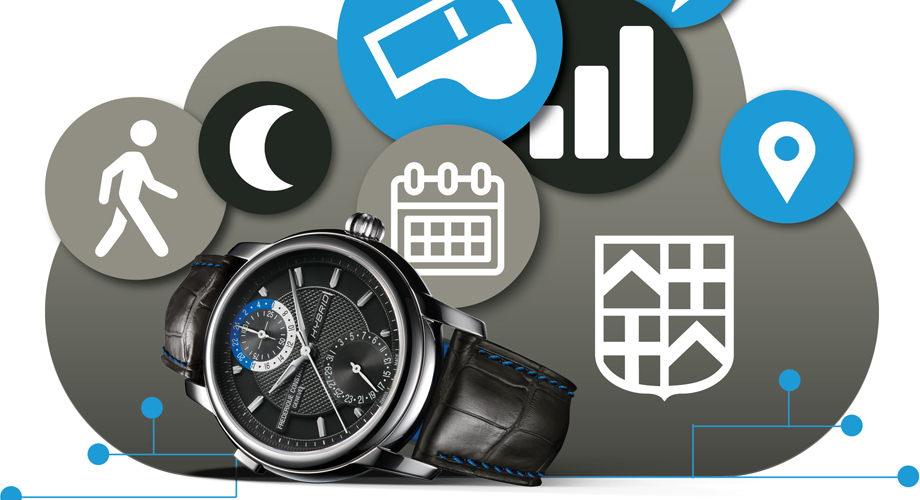 ALL things considered, 1998 was actually a good year for Swiss watchmakers. Though export values at the time (CHF8.42 billion) were just over a third of what the industry recorded last year, still it was an improvement, however modest, from 1997 when major Asian economies tanked. The effects of this should have been felt — and actually was felt — a year later. And yet, Swiss watch exports grew. In both value and volume, at that.

Against this backdrop, the couple Peter Constant Stas and Aleta Francoise Frederique Stas-Bax put up Frederique Constant. Three decades on and the brand, acquired by Citizen Holdings in 2017 (talks started a year later), can already boast of a CV that could pass for that of a storied Swiss watchmaker’s.

Three years into its operations (after buying another, much older Swiss watch brand — Alpina) Frederique Constant started setting its sights on making its first in-house movement. In 2004 the company brought out exactly this; its Heart Beat calibre, a type of an open-work ticker.

Fast-forward to 2008 and it unveiled its first in-house tourbillon, which was based on the Heart Beat. In 2016 the maison — well, it has earned the title by this time — raised its haute horlogerie game by unveiling its in-house perpetual calendar. Along the way, it also dabbled in another watch-making pursuit; it introduced in 2015 its Horological Smartwatch, which incorporated common smartwatch functions with a traditional analog display.

Fittingly, Frederique Constant is celebrating its 30th anniversary with the release of its Perpetual Calendar Tourbillon, a special timepiece that brings together the brand’s in-house complication expertise. This watch, the company points out, “represents the outcome of all the knowhow [it had] gathered during the development of its in-house manufacture movements,” the product of which is this grand complication.

The watch comes in three 42-millimeter case choices: polished stainless steel, rose gold-plated stainless steel, or 18-karat rose gold with a sapphire crystal caseback. The two steel cases are limited to 88 pieces while the 18-karat rose gold one is capped at 30, each one numbered. Two types of dials are also offered, which is either skeletonized or closed (only the tourbillon peeks through), with both colored silver.

Within the Perpetual Calendar Tourbillon is the new calibre FC-975, an automatic movement built in-house. It spins at 28,800vph and can store power for up to 38 hours, and is fitted with an escapement wheel and an anchor made from silicium, a light material that resists magnetism and temperature changes. Its tourbillon is housed in a mobile cage driven by a gear train carrying the balance wheel and its escapement. Weights were added in the tourbillon’s cage, which are then tempered by a “smart screw” system — basically, the tourbillon was constructed with an inherent imbalance, which is then corrected by the smart screw. This, according to Frederique Constant, actually results in a more stable amplitude and rate.

Accompanying the tourbillon aperture on the watch’s dial are the displays for the perpetual calendar complication. A sub register at 12 o’clock presents the month and leap year indicator, another at 3 o’clock the date, and the one at 9 o’clock the day. It’s quite a neat layout befitting a timepiece that adds substantial weight to Frederique Constant’s CV.