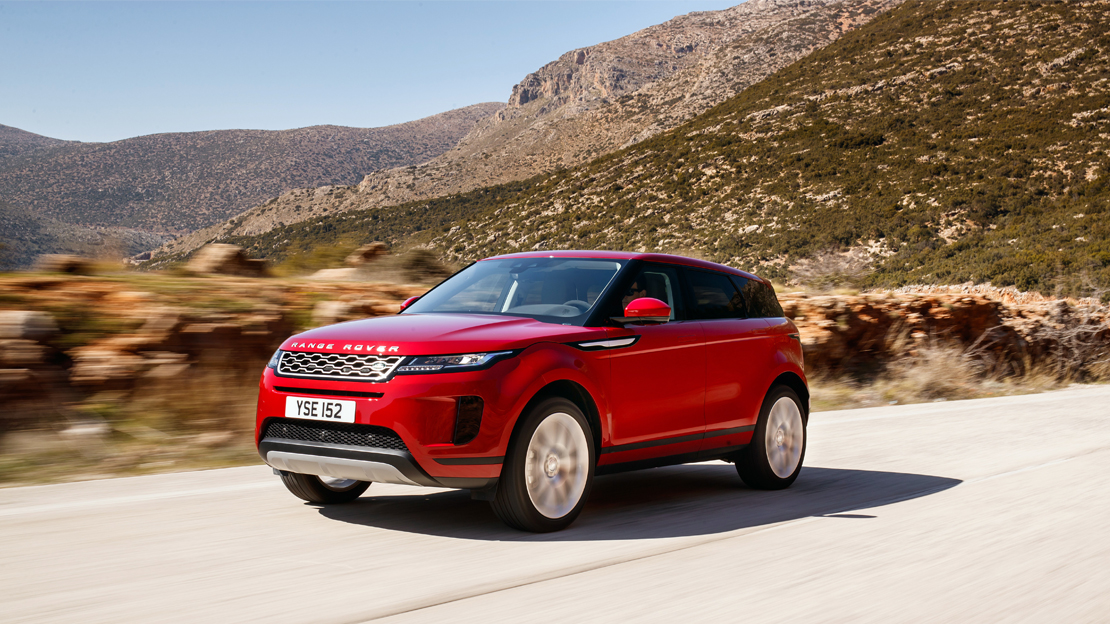 “POSH” Spice had a hand in the original model released in 2011. When the new-generation car debuted in London late last year, Jamie Oliver took it for a spin around the city; the chef used it as a clever grocery-getter more than capable at tackling anything urban streets could throw at it. Oliver — and the new car — was so great he made onion bhaji into something that looks like an appetizing burger. So, yes, Land Rover’s Range Rover Evoque is steeped in celebrity lore.

And examples of the new model can now be ordered in Manila.

This happens as the Philippines’ sole importer and distributor of Land Rover, Coventry Motors Corp., is bringing in the new Evoque in the country. The company in a recent event announced the car is available in four variants, with the top one fitted with an electrified powertrain.

As its name declares, it’s the Evoque R-Dynamic HSE MHEV 2.0 Petrol that packs the electrified powertrain — “MHEV” stands for Mild Hybrid Electric Vehicle. The car is propelled by a 2.0-liter turbocharged gasoline engine whose output is supplemented by a 48-volt battery-powered electric motor, resulting in a power output of 295hp and 400Nm. The battery allows the engine to switch off when the Evoque is coasting or braking, or if it is stationary, but the electric motor does not propel the car’s wheels directly — it merely supplies the engine with additional power. This is what being a mild hybrid means, unlike, say, in a Toyota Prius, which is a full hybrid that can run distances on electric power alone.

Now, another thing to take note of about the MHEV tag is that it is different from a plug-in hybrid electric vehicle, or a PHEV, which needs an external electrical source in which its battery could be plugged for recharging.

The battery in the Evoque R-Dynamic HSE MHEV 2.0 Petrol does not need to be plugged in for it to be recharged; the car’s engine charges it. The system is there to reduce emissions and improve fuel consumption.

Land Rover’s new Premium Transverse Architecture has what allowed the new Evoque the ability to accommodate both conventional engine powertrains and hybrid systems. The platform also let the Evoque to become longer, wider and higher than the model it replaced. Plus, the car’s wheelbase extends a substantial 100 millimeters more.

This resulted in 20 millimeters of added kneeroom for backseat passengers, as well as a trunk 10% larger than that in the previous model. Putting a figure on this; the trunk has a capacity of 591 liters, increasing to 1,383 liters should the backseat, which can be split three ways, is folded down. The extra room in the cabin translated into a larger glovebox and a center cubby that can now more easily fit tablets, handbags and bottles.

And, when compared to the previous model, only the door hinges remained unchanged on the body of the latest Evoque, according to Land Rover.

Which is quite an accomplishment, considering the new Evoque still, well, evokes the look of its predecessor. It continues the previous model’s design cues, like the swooping roofline and rising beltline, as well as the muscular wheel arches that house 20-inch wheels. But the latest car is marked by super-slim premium LED headlamps, a more sophisticated front and rear lamp graphic, and some burnished copper accents for the HSE variants. Another distinctive touch of the new model are its flush door handles.

In the cabin, the Evoque sees a better mix of usability, intuitive technologies and curated design. This is possible by way of features like the pair of 10-inch touchscreen Touch Pro Duo panels and a Meridian audio system; two-tone perforated Windsor leather seats for the R-Dynamic HSE variants; and perforated grained leather for the SE. In all four variants available locally, the front seats are adjustable 16 ways.

Another smart feature is the ClearSight Ground View which renders the Evoque’s hood “invisible.” Cameras project images onto a touchscreen display to show the driver a 180-degree view under the front of the vehicle. Useful when negotiating difficult parking spaces or tackling rough terrain, the system is the newest evolution of Land Rover’s Transparent Bonnet technology previewed in 2014, according to the carmaker.

The new Evoque is also kitted with all-wheel drive (except the SE), active driveline with driveline disconnect, adaptive dynamics and terrain response. This car is, after all, a Land Rover. It gets the stylish nod from Posh Spice, true, but Jamie Oliver proved it could handle the rough city bits, too.