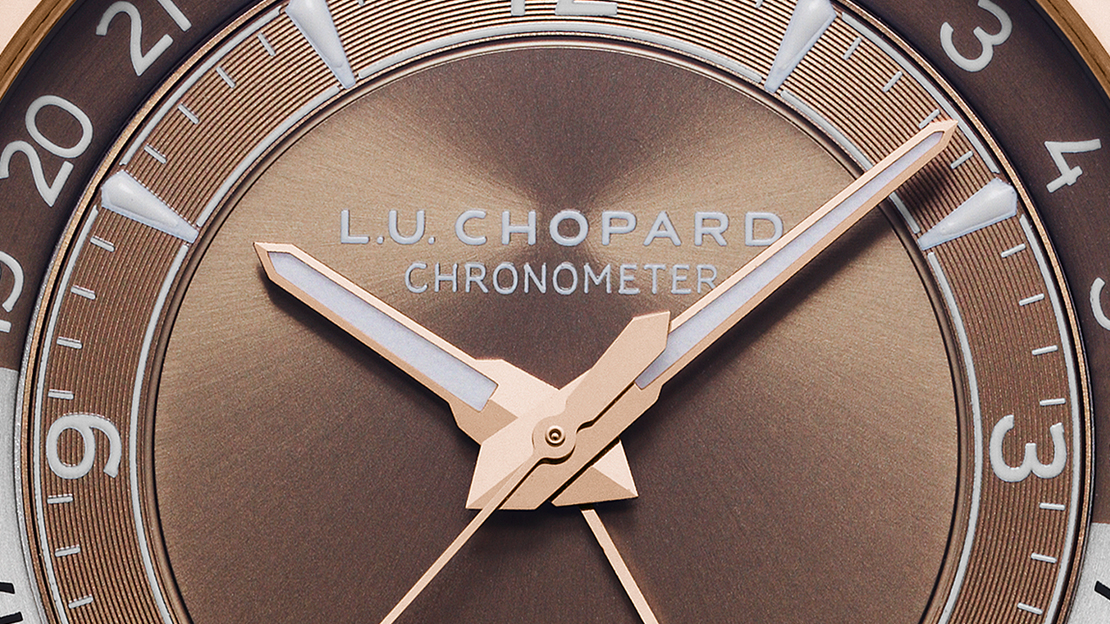 Michael Bay is famous for his action-packed blockbuster movies, and 6 Underground is no exception. This movie, exclusively available on Netflix, features Ryan Reynolds in the lead role. The story revolves around a half dozen men who yearn to right wrongs. Did I mention the men are billionaires? And have gone into hiding while trying to do good? It’s a little like Robin Hood but with an unlimited expense account.

Despite being underground and in hiding these billionaires will do, well, whatever they want. And of course they will dress in the lifestyle to which their billionaire status has gotten them accustomed. And that includes the fantastic Chopard watches.

There are several Chopard watches seen in the movie, a couple worn by One (Ryan Reynolds’ character) and one worn by Two, another billionaire do-gooder in the movie.  The first Chopard on seen Reynolds’ wrist is the L.U.C XPS 1860 Officer from the Haute Horlogerie line of the Maison. The Mille Miglia GTS Power Control Grigio Speciale  also makes an appearance, and the nearly-all black watch with awesome red details makes a strong impression. The Mille Miglia Racing Colours chronograph with its “Speed Yellow” dial is seen on Two’s wrist in the movie. The watches were on display during the private screening, as were some fantastic pieces of Chopard jewelry.

And it comes as no surprise that a Chopard timepiece would grace the wrist of Ryan Reynolds at the exclusive private screening on 6 Underground in New York the day before the movie drops on Netflix. No less than Caroline Scheufele, Chopard Co-President, hosted the dinner and private screening. Guests included David Foster, Katharine McPhee, and Mary Snow.

Ryan Reynold chose a Chopard watch not featured in the movie, and really, he chose an exquisite one: a L.U.C GMT One in 18-carat rose gold with a brown satin-finished dial. (Did you see how the watch is named ‘One’ just like the movie character?) Now you may notice that his look that evening was monochrome brown. Perhaps he built his look around the gorgeous Chopard timepiece.

Speaking of the watch… the L.U.C. GMT One is in 18-carat rose gold with a brown satin-finished dial (reference no. 161943-5001). There are two options for the dial – black or brown, both in a sunray satin-brushed style. Really, the brown is the winner here, especially since the alligator leather strap is such a rich brown shade. The whole monochrome look is just perfect. The watch is 42 mm in diameter, just right for a gentleman (billionaire). The watch has hours, minutes, seconds, a date window at the 6 o’clock, and a dual time zone display.  And because billionaires (or the men who portray them) need a little something extra, the watch has the GMT function and has COSC certification. The watch is impeccably elegant and sophisticated. Just like a billionaire.