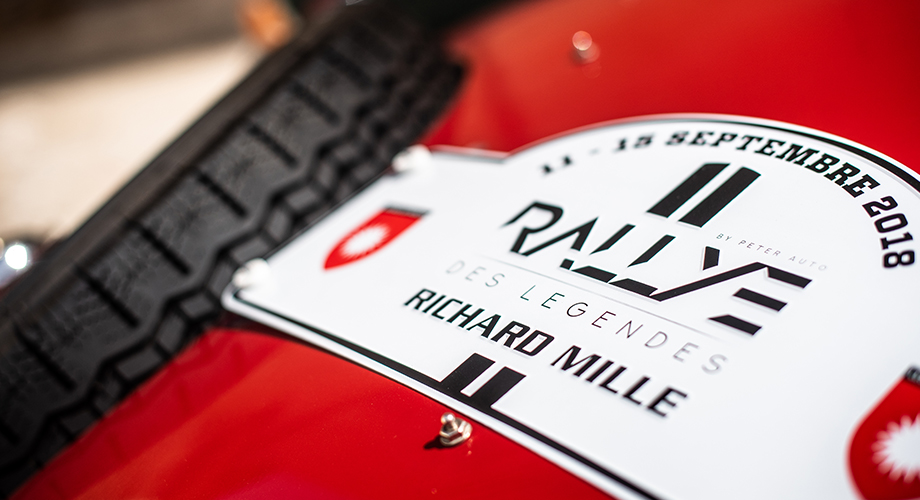 IT was a true celebration of the “art de vivre à la Française,” — the art of French living. For three sun-kissed days beginning September 11, the Rallye des Legendes Richard Mille gathered in the Provence region in southeastern France 25 examples of some of the world’s most iconic automobiles. Which should not be a surprise, really. This first edition of what promises to be a classic motoring event in future was, after all, the concept of both Richard Mille, a known car collector and the man behind the horologic wonders that bear his name, and Peter Auto, organizer of such automotive spectacles as the Tour Auto, Le Mans Classic and Chantilly Concours.

From the outset, the event was meant to embrace a car rally’s true spirit — to romp around routes that wend across spectacular landscape. And so drawn up for the Rallye des Legendes was a star-shaped route that brought participants back to the hub town every evening. Now while Provence was the chosen landscape for the inaugural edition, the next ones promise to discover a different French region. The aim, of course, is to showcase the varied attractions of each.

“It was obvious to me that we had to support this new concept of Peter Auto,” said Richard Mille. “Provence is a region I’m especially fond of, one that offers a wealth of experiences in many respects. The quality of the grid and the organization, as well as the pleasure we take in bringing it about, make this private rally one of the most exclusive there is, while opening a vista of tremendous potential development.”

At the recent rally, participants returned to the quaint but luxurious Hôtel Baumanière — considered as among the region’s best hideaways — after each day spent on the road. The reward that awaited them? Dinners in places rarely open to the public, such as the Arles Amphitheatre, and the Carrières de Lumières in Baux-de-Provence, where experimental artists often perform.

The tour covered quite some ground, too. We’re talking here of as much as 250 kilometers a day. And organizers did not tell the locals where the cars would pass. This meant participants were able to drive on the narrow roads of Baux-de-Provence, Gard and Luberon without gawkers lining the route. They also had the twisty trails leading in and out of Mont Ventoux all to themselves. And because the Circuit de Lédenon and Le Grand Sambuc were reserved for them, they managed to pull off some full-bore track action, too.

Oh, and what action there was. Supplying it, among the others, were a 1961 Aston Martin DB4GT Zagato and a 1971 Matra MS 600, which incessantly diced with each other. A 1958 Porsche 356 Carrera GT Speedster took on both a 1960 Ferrari 250 GT California Spider and a 1931 Alfa Romeo 8C 2300 Touring. Then there were the two modern supercars — a McLaren 570S and a 720S — offered up to guests as part of McLaren Automotive’s partnership with Richard Mille.

So while Rallye des Legendes involved tackling some touristy spots, partaking of native meals and staying at a posh hotel, it also included genuine drives on famous rally special stages and racetracks. Make no mistake; the event is, first and foremost, a car thing.