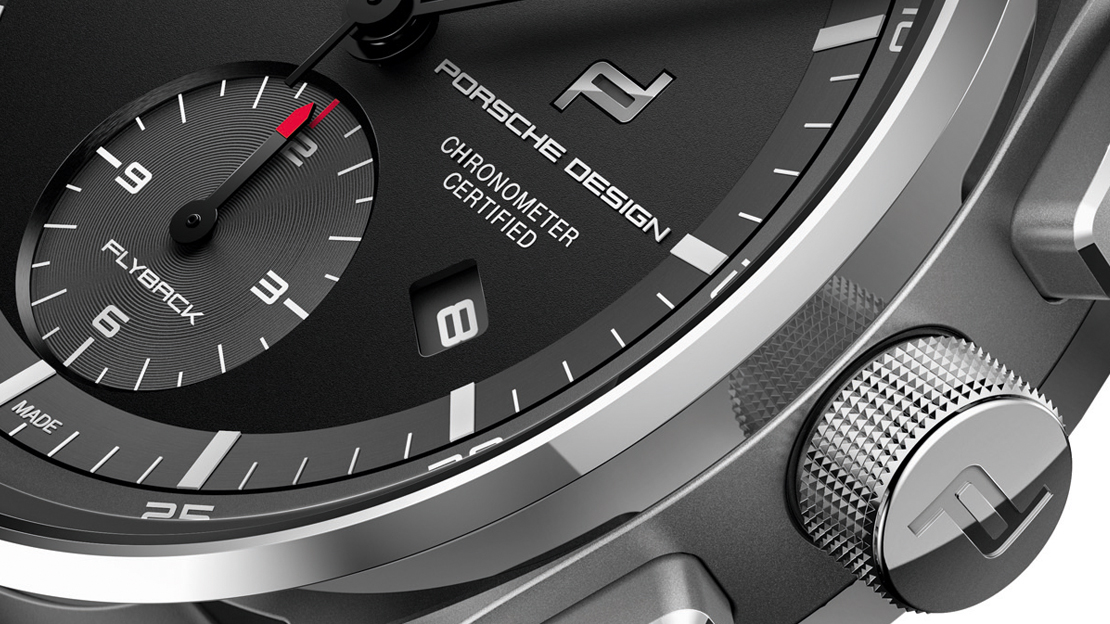 SIMILAR to how special Porsches get fabric straps serving as door pulls, Porsche Design’s 1919 Collection is also marked by hollowed-out “lugs.” Well, these aren’t even actually lugs in the traditional sense; they are more like skelotonized extensions of the case, with all the extraneous bits taken out. Such moves, of course, are meant to shave off weight. Actually, no unnecessary element did make it to the 1919 Collection, and the new 1919 Chronotimer Flyback Black & Leather, announced at this year’s Baselworld and set for market release in September, is no exception.

Boasting COSC chronometer credentials, the self-winding cal. Werk 01.200’s flyback chronograph second hand can be stopped, reset to zero, and restarted instantly with a single push of a button — so it’s handy for timing 911s on the racetrack. The movement is, rightfully, displayed on the watch’s caseback. Its design is a departure from the usual décor marking other movements; here the components are a mix of matte black and chrome, and the rotor is made from tungsten coated with black PVD. The movement’s barrel bridges are cut out, exposing parts of the flyback chronograph mechanism in view. The 25-jewel cal. Werk 01.200 oscillates at 28,800vph and packs power good for 48 hours.

What the movement allows the Chronotimer Flyback Black & Leather’s dial to have are a pair of sub registers, with the one on top providing the 30-minute readout and the one at the bottom assigned to the small second display; hour, minute and central chronograph hands; a power reserve meter; and a discreet date window. As a Porsche Design piece, the watch’s dial eschews ornamentation, with the only concession — if it could be called that at all — being a “ridgeline” on the periphery created by the stepped construction. Otherwise, it’s all straightforward time-telling here. The font chosen for the inscriptions is sporty, modern, a perfect match to the watch’s aesthetics.

The sheetmetal wrapping over the 1919 Chronotimer Flyback Black & Leather is entirely made from titanium, alternately bead-blasted and polished, creating a cold industrial/techie vibe. Sapphire crystal glass covers the watch front and back. On the side of the 42-millimeter-wide case are a screw-down crown with a lovely knurling and a pair of broad pushers that follow the contour of the case and lugs. Attaching to the lugs is a leather strap meant to evoke the hide used in Porsche cars’ cabins.

But, no. The watch does not come with fabric door pulls.