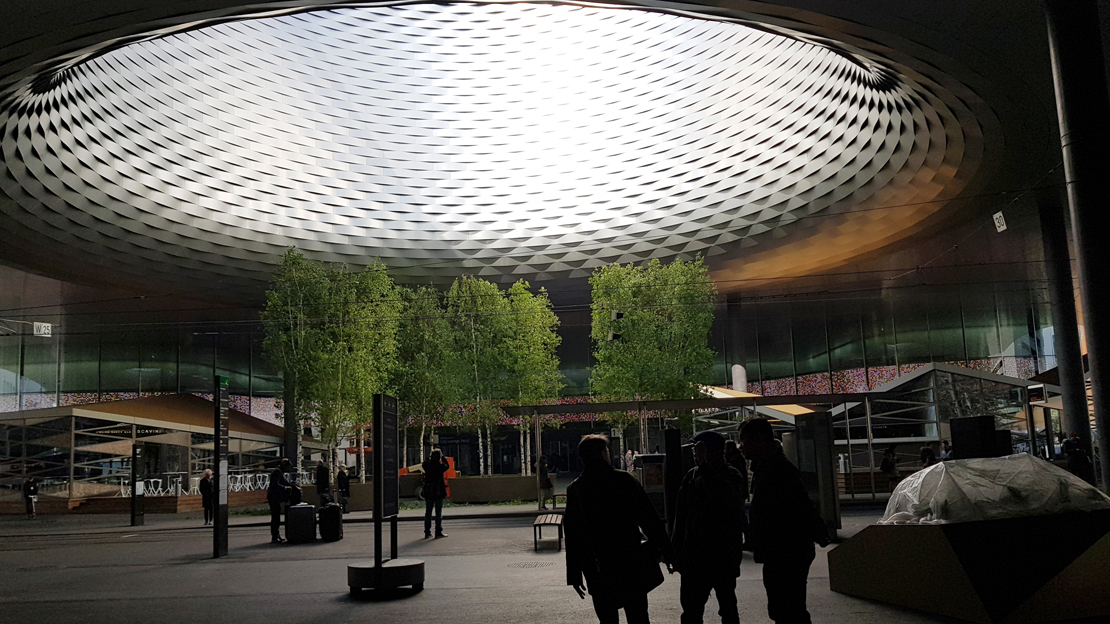 With 2018 drawing to a close and most if not all of the new releases for the year are already out in the market, it’s only natural for us to look forward to the next big thing. As watch collectors and enthusiasts, our world revolves around only 2 big events for the year: the Richemont Group-led SIHH, and of course Baselworld. And since SIHH is primarily for the press with only a single day open to the public, the default Mecca for everyone deeply into the watch hobby is Baselworld. And if you really want to go hardcore into this fascinating and deeply addicting pastime, a pilgrimage to this hallowed event in Switzerland is practically mandatory.

Many rumors have been circulating about the supposed imminent demise of Baselworld, but every indication we’ve seen so far point to at least a Baselworld 2019. Who knows what the future may hold for Baselworld after next year. So if attending this event is in your bucket list,  I suggest you go next year and start planning NOW. Our own road to Baselworld this year was long, complicated, exhausting, expensive but ultimately worth every penny and so much more.

When planning for Baselworld, always start with the basics: take note of the duration of the event and estimate how long you want to be there. Though the fair is open to the public for all 6 days, not all of the booths will let you in. Since Baselworld is really a trade fair, priority is always given to distributors and journalists. Prominent brands such as Rolex and Patek Philippe won’t even let you into their booths without a prior appointment. The best you could do is to just look at their display from the outside to find out what their new releases are for the year. On the other hand, smaller independent brands welcome any opportunity to talk about their products, and appointments can be scheduled during the fair itself. If your tastes gravitate to the more mainstream brands, probably just 2 or 3 days in Baselworld would be more than enough for you.

After deciding on your Baselworld dates, then comes the fun part. There is a whole country to explore whether you plan to do sightseeing, shopping or watch-related activities. As part of the Calibre Away Team, our schedules were locked for the first 4 days of Baselworld. We now had the liberty of planning other parts of the trip, namely the days before and after our Baselworld schedule. Since we wanted to maximize this trip and cover other significant events, we opted to make Geneva our first stop.

The week just before Baselworld also happens to be the last week of the Geneva International Motor Show (GIMS). For car-lovers, it is quite simply paradise here on earth. Even non-car enthusiasts would find this show breathtaking. As one of the largest and most important car shows in the world, this event should definitely be in your itinerary. This is where countless cars make their international debut, and even the legendary Jaguar E-Type was launched to the public in this very show in 1961.

Aside from the GIMS, Geneva is also called home by many Swiss watch brands. Numerous watch boutiques line the streets of Geneva, offering the most basic watches up to the most complicated timepieces known to man. However, a trip to Switzerland would not be complete without a factory tour to at least one Swiss manufacture. Our own itinerary this year involved factory tours to 4 watch companies. Among those we visited, one of the factories in Geneva open to the public is Frederique Constant, but reservations should definitely be made weeks in advance due to their hectic schedule in preparation for Baselworld. Frederique Constant, like other watch companies that participate in Baselworld, spend a tremendous amount of time completing the samples of their new releases just before the event so all other activities such as factory tours are either deprioritized or put on hold depending on the availability of resources during that period.

Two other places worth a visit in Geneva are the MB&F M.A.D. Gallery and the Patek Philippe Museum. The MB&F Mechanical Art Devices (M.A.D.) Gallery feature not just the mesmerizing watches of MB&F, but many other horological pieces and automatons from around the world that stretches the boundaries of the imagination despite using mostly mechanical technology.

The Patek Philippe Museum, on the other hand, is the ultimate museum dedicated to man’s fascination and obsession with timekeeping and watchmaking throughout the centuries. The museum contains thousands of priceless timepieces from numerous watch brands, and each one of these has a story to tell. At the heart of the collection is of course Patek Philippe’s own creations, featuring their most complicated, historical and iconic watches.

After our stay in Geneva, we then made our way to the city of Basel for Baselworld 2018. As what I might have alluded to earlier: manage your expectations in Baselworld. Some watch brands will outright ignore you, while some will be more than happy to talk to you. However, one cannot deny how overwhelming Baselworld can be for first-timers. When they talk of Baselworld booths, they use the term ‘booth’ very loosely. I’ve been to buildings in Manila that were significantly smaller than the Rolex booth. Regardless how many days you’ve allocated to visit Baselworld, I can assure you that you will always find something new and interesting up to the last day if you’re not fixated on just a couple of brands.

Not everything can be found in the main halls of Baselworld. Some watch companies opted to set up displays the size of entire stores on nearby streets such as Luminox. On the other hand, small independent watch companies (such as De Bethune and H. Moser & Cie) opted to rent some space at the Hyperion Hotel, which just happens to be right beside one of the halls of Baselworld. Doing some research before the event is very important to maximize your time. Though Baselworld has shrunk significantly compared to years past, it is still huge and can be both confusing and intimidating to the uninitiated.

Going to your first Baselworld is a big investment, so here are some tips I’d like to share to make it as memorable and fun as mine was this year:

1. Bring a lot of calling cards – Each booth will ask for one if you’re requesting for a copy of their marketing materials and/or brochures.

2. Bring a suit – First impressions count. Some booths might not entertain you if you dress too casually.

3. Schedule appointments with watch brands – If you have connections, please use them especially for mainstream brands. Scheduling an appointment during the fair itself can be done for smaller watch companies and independents.

4. Keep an open mind – The watch industry is huge, and most enthusiasts just scratch the surface of it. There is a whole world outside of Rolex, Patek Philippe and the LVMH Group. Check out even small, obscure watch companies since these are usually the ones that come up with the most interesting releases for the year.

5. Download the Baselworld App – This will show you the layout of the event and where each watch brand is located at the different Baselworld halls. Do additional research for watch brands renting space outside of the main halls.

6. Try the sausages outside the Baselworld halls – These are not cheap, but they are pretty good and it’s part of Baselworld tradition. Whatever that means.

7. Go sightseeing around Basel – Basel is the 3rd most populous city in Switzerland after Geneva and Zurich. It has quite a number of tourist attractions both within and outside the city. Watch hunting there is of course pretty good.

Though far from exhaustive, these tips should at least point you in the right direction should you decide to tick this event off your bucket list next year. Believe me, it’s worth it.