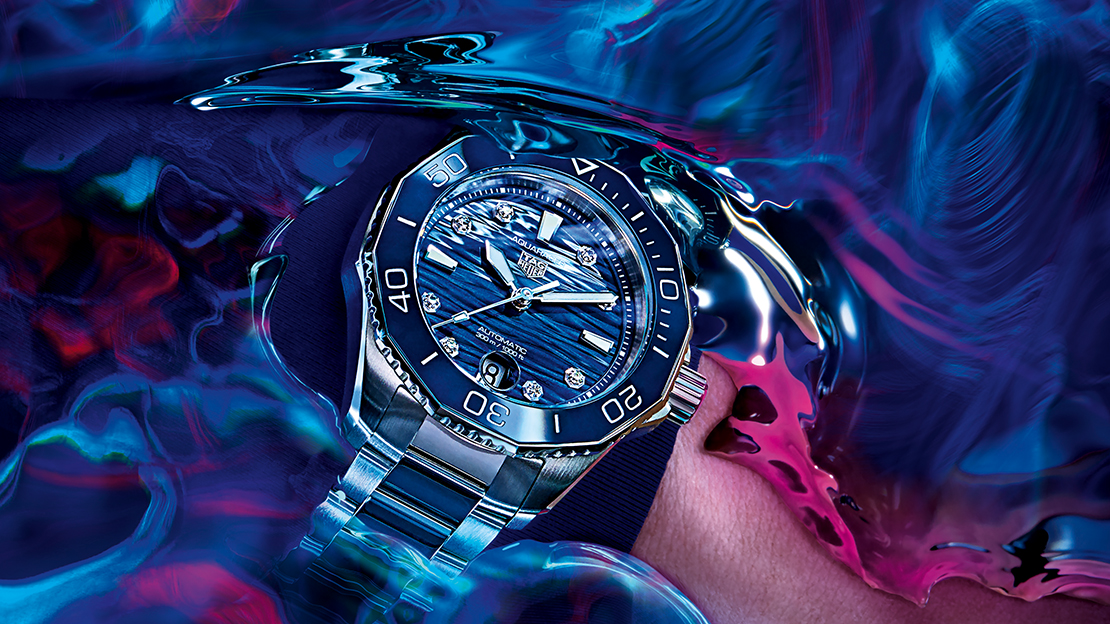 The new TAG Heuer Aquaracer Professional 300 collection was unveiled at Watches and Wonders in Geneva. To mark this launch, the Swiss watchmaker released an advertising campaign that highlights the brand’s universe by going beyond the edge.

Extreme sports require extreme focus and concentration. And when these athletes “get in the zone”, their levels of focus and concentration are at their peak. To better themselves, they need to get to that “zone” and go beyond their limits, pushing the boundaries of accomplishment further than their best performance.

In this film, which reintroduces its ultimate tool watch, TAG Heuer reaffirms its endless quest for challenge, paying tribute to the mental strength we all have inside us.

“When I put on my wetsuit,” explains Kai Lenny, “my instinct for survival jostles with my competitive spirit But this competition isn’t about beating others – its about pushing myself beyond the limit, attempting to reach my full potential. Beyond the edge is that extreme point in time when there’s no way back, where you’re 100 percent committed and you have no option but to believe in yourself – totally.”

George Ciz, Chief Marketing Officer for TAG Heuer said: “We are very proud and excited to release this amazing campaign dedicated to the launch of the new TAG Heuer Aquaracer collection. The idea behind the campaign is to take the customer on the journey beyond the edge of extreme sports. We want to inspire our audience by highlighting those special moments when world class athletes go beyond their limits and enter new dimensions. In doing so we are also able to showcase the incredible qualities of the new Aquaracer range.”