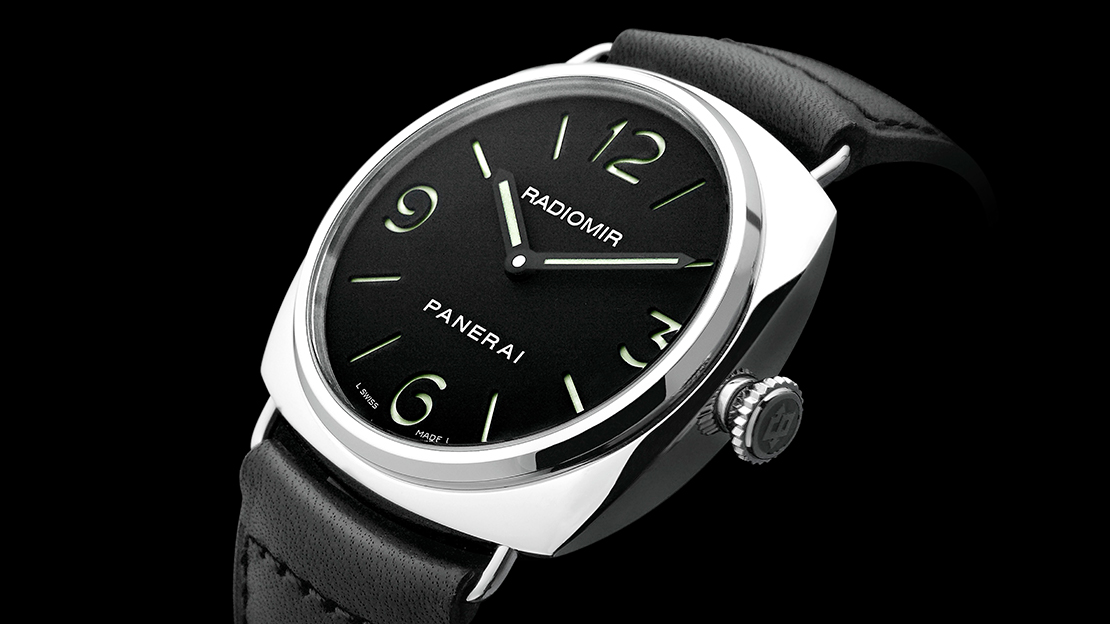 It is not unusual for Panerai watches to be seen on accomplished, well-known individuals at work or play, but one of the most recent sightings is in a league all its own. On January 19, 2022, during Extravehicular Activities (EVAs) that are part of International Space Station Expedition 66, cosmonaut Anton Shkaplerov wore a 45mm Panerai Radiomir watch (PAM210) strapped around the left glove of his Orlan spacesuit. Panerai became part of a small group of brands whose watches have been subject to direct exposure to outer space with that spacewalk.

The Panerai Radiomir PAM210 was visible on several occasions during seven hours of footage streamed by NASA TV at the time of the EVA. The fact it was worn during the operation is a testament to rigors that Panerai watches can withstand. External temperatures encountered during an EVA vary from +121 degrees when exposed to sunlight to -157 degrees when an astronaut is in shadow. While Panerai watches have a long legacy connected to the exploits of naval divers and the hostile environment of the underwater world, it is apparent that their endurance extends beyond Earth’s atmosphere.

Panerai had no advance knowledge that cosmonaut Shkaplerov would wear the watch during his journey. However, after viewing NASA’s EVA footage, Panerai learned of its presence from keen-eyed observers who contacted the brand.

The brand’s debut space mission came as a total surprise. “When I first learned about the sighting from several journalists, I thought they were joking,” said Panerai CEO Jean-Marc Pontroué. “It took four or five days to realize and check the story was true. We’re lucky that we are a highly recognizable brand. Because of the cushion shape and the iconic dial of the watch, people could identify it as being from Panerai. It’s like an occasion when we unexpectedly discover a Panerai watch on a celebrity in a film. We learn about it at the same time as the rest of the public.”

There’s been just one noticeable modification of the Panerai Radiomir PAM210, a reference that is no longer in production, from its original state: “Like the Italian military in the past, the cosmonaut wore the watch over his gear,” said Pontroué. “It needed a new strap that would fit around his spacesuit. An extra, extra, extra-large strap was added.”

“We’re honored that Mr. Shkaplerov took our watch with him on his mission. As far as we know, there’s never been a Panerai watch in space before, and we never had a strategy to develop products for space. We’re used to operating at negative depths rather than positive altitudes, but we produce some of the most robust watches in the world. We are used to test our watches in though conditions.”

Once the mission concludes on March 28, the CEO will eagerly await the watch’s performance details. “When the mission is over, we’d love to invite Mr. Shkaplerov to bring us his watch so we may see it, repair it, restore it, but we have to figure out who to call!”