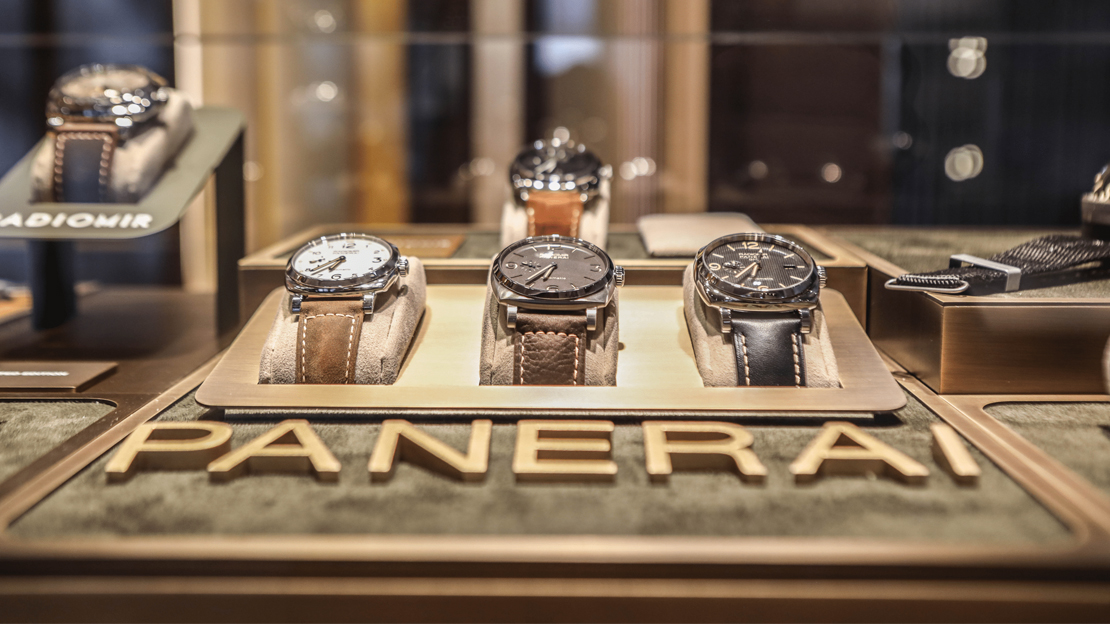 A FIAT 508 Balilla parked outside the place was quite a sight already. But it is not because this 1930s Fiat compact was great in automotive terms. Rather, making it special were the Panerai logos on its shiny flanks — this was once the Panerai family car.

The Balilla — Fiat has denied it was named after the local youth fascist organization of the era — was displayed at the reopening of Panerai’s historical home on Florence’s Piazza San Giovanni, which has been a fixture there since 1860. This place, facing Florence’s Duomo, or the Cattedrale di Santa Maria del Fiore, serves as the brand’s flagship boutique. As recent as 2014 it was refurbished and expanded, its design rendered by famed architect Patricia Urquiola. It is as much a boutique as it is a destination for the Paneristi.

Panerai has again reimagined this space. This time around the brand has turned it into a museum for stuff significant in its history, preserving as much as possible the authenticity of the venue.

“We have not changed anything. It was enough to remove the patina of the decades. Beauty that was once obscured now shines in all its originality,” says Panerai creative director Alvaro Maggini about the place.

Expectedly, company founder Giuseppe Panerai gets his proper nod here. His wax figure sits behind his desk placed at the center of the museum’s ground-floor digs, surrounded by period furniture and archival documents. Maggini says Signor Panerai’s likeness was made by the Musée Grévin based in Paris’s IX arrondissement, with clothes coming from an Italian designer.

Other displays are housed in four rectangular “portholes,” or vitrines, representing the collections by which Panerai produce are segmented: Radiomir, Luminor, Submersible and Luminor Due. Each of these bronze-and-glass display cases is distinguished by color, namely military green, deep brown, navy blue and yellow, respectively corresponding to the collection. The assigned colors were picked by the brand’s creative incubator, the Laboratorio di Idee, to best tell the story of Panerai timepieces’ and instruments’ evolution from the time the company received its first order from the Italian Royal Navy in 1936 to the present (select watches from the current range are displayed). A counter bar, one of the features which will soon find its way into Panerai boutiques worldwide, represents Italian hospitality, according to the brand.

“The flagship store in Florence, including the unique features of the museum, will guide the aesthetic development of all our spaces,” confirms Panerai CEO Jean-Marc Pontroué.

During the museum’s recent opening event, the executive handed out Panerai passport to customers. The passport looks the same as the official Italian travel document but has a Luminor 1312 dial on the cover rather than some governmental seal. Pontroué says holders of the thing can “collect stamps” from three destinations which represent Panerai best. These are the brand’s present manufactory in Neuchatel in Switzerland; the Bermudan ketch Eilean which Panerai rescued and restored (if you’re a certain age you’d be happy to note this was the boat in the music video of Duran Duran’s 1982 hit Rio); and, of course, the new museum on Piazza San Giovanni.