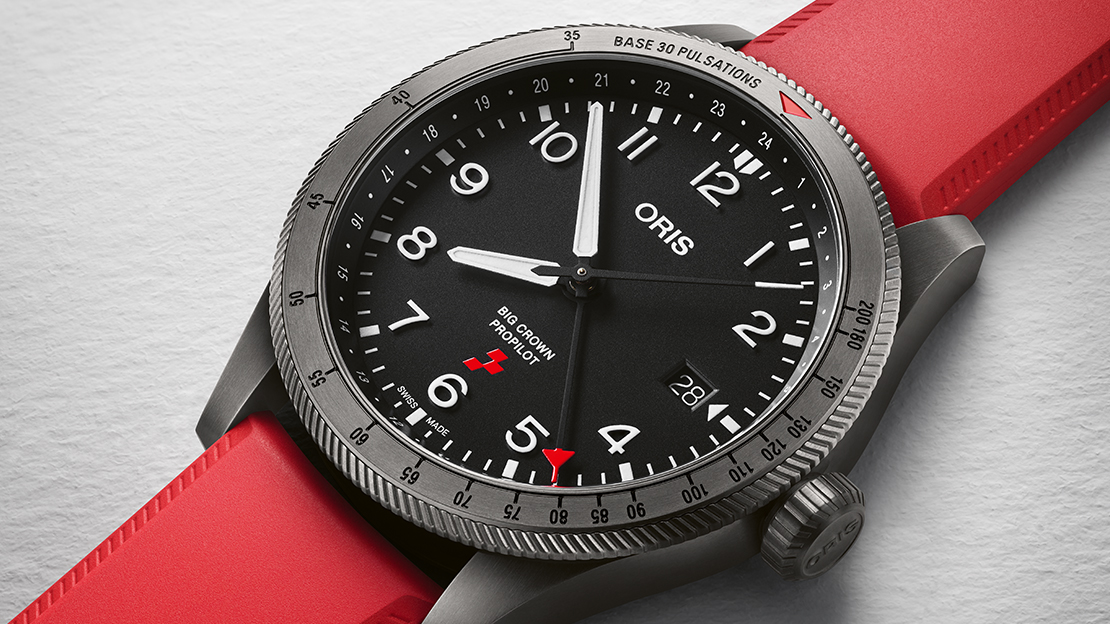 Before designing the Big Crown ProPilot Rega Fleet L.E., we turned to Rega’s staff and invited them to take part in a series of workshops where we asked them a simple question: what do you need in a wristwatch?

They told us a number of things: they liked watches that had clean, ultra-legible dials that they can read in a split second; they said they wanted a watch that wouldn’t reflect light – no glare; and they said they needed a watch with two tools – a GMT function for recording logbook times and a pulsometer that could serve as back-up to electronic machines that measure patients’ heart rates. That the watch should be robust, accurate and entirely reliable was a given.

So we built them the Big Crown ProPilot Rega Fleet L.E.. Its black dial has high-contrast white hands and numerals filled with highgrade Super-LumiNova®. Its stainless steel case and Oris-patented ‘Lift’ clasp are coated in anti-reflective gunmetal grey PVD. It has a clearly indicated second time zone. And engraved into its bi-directional rotating bezel are a red triangle for timing the “golden hour” (the first hour after injury during which a patient’s chances of recovery are highest), and a pulsometer scale, read off with a whitetipped central seconds hand. We added leather and rubber straps with a quick change system.

But there was more. One pilot had an idea to link watches to individual aircraft to reflect the close bond crews and patients often develop with the them. So we created 21 different case backs, each engraved with the outline of a Rega aircraft and its registrations. Only 100 of each will be made, making this the broadest but also most limited collection of pilot’s watches we’ve ever conceived.

For these special watches, we also created a water-resistant red Ventile® pouch, complete with a second quick-change strap in hygienic, easy-clean red rubber and a tool for changing the clasp. The pouch has a number of elastic straps for tweezers, plasters and bandages so it can be upgraded to a pocket first aid kit. As a package, it’s the most collaborative watch we’ve ever made.