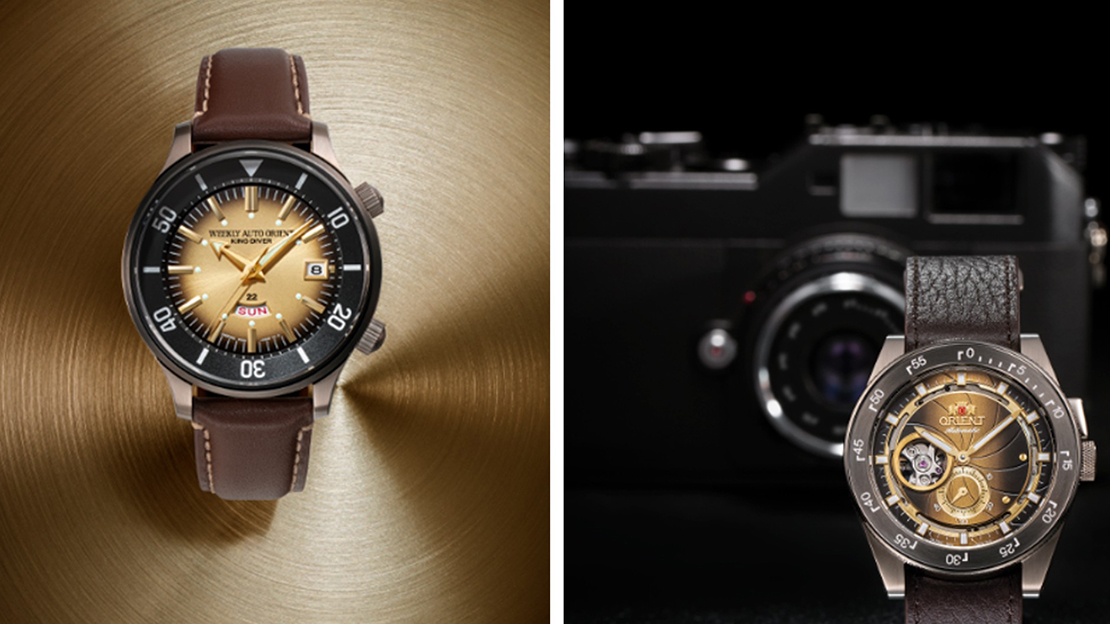 Many watch enthusiasts count an Orient as one their first mechanical timepieces. Though not exactly a household name, Orient has a strong following in the watch community. It is known for producing well-made, attractive, yet surprisingly affordable mechanical (and quartz) watches for any occasion. Though no longer an independent watch company, Orient’s DNA remains intact despite its acquisition by Seiko in 2009.

This year is a very special one for Orient as it celebrates its 70th Anniversary. In many cultures, this milestone is called a Platinum Anniversary. Platinum is a harder, denser and rarer metal than gold. Because of this, it is also more precious than gold. The same could be said for Orient this year. Not every watch company has been able to handle the passage of time as gracefully as Orient. To mark this significant chapter in its history, Orient decided to reissue 2 of its most loved models of all time and placed these under the new Revival Collection.

The first of these reissues is the King Diver, which is a fresh take on the Weekly Auto Orient King Diver initially launched back in 1965. The new King Diver was re-created to be as faithful to the original as possible from its arrow hour hand, day display at 6 o’clock, bar indices, a separate crown for its inner rotating bezel, and other such design aesthetics. However, this new version has an upgraded 20 bar water resistance and a solid steel bracelet which is the norm for modern dive watches.

This year’s anniversary collection comes in 4 distinct and attractive colors: black, red, green and gold. The first 3 colors are regular releases, while the model with the gold gradation colored dial is a limited edition of 1,700 pieces and has a vintage vibe very reminiscent of the Orient Jaguar Focus model of the 1970s (which was also very popular).

The 2nd reissue for the year is the Orient Retro Future Camera, which is a limited edition of 2,300 pieces. This reproduction is again true to the essence of the original Retro Future Camera, which was appropriately inspired by the classic rangefinder cameras of the 1950s. This new version retains the distinctive dial which mimics the aperture blades of a camera’s lens, the bezel similar to a camera’s diaphragm ring, the old-school crown paired with a crown guard similar to a film winding lever, and the camera cover’s square top. New design elements were added to supplement the camera theme such as a partial exhibition case back making it similar to a viewfinder, and the pull-through leather strap evoking the image and feel of the leather material covering the camera body. Similar to the new King Diver Limited Edition, its gold gradation dial was also inspired by the Orient Jaguar Focus.

Orient’s new Revival Collection for 2020 is a worthy tribute to its legendary history. And as with any great watch company, the best is yet to come.