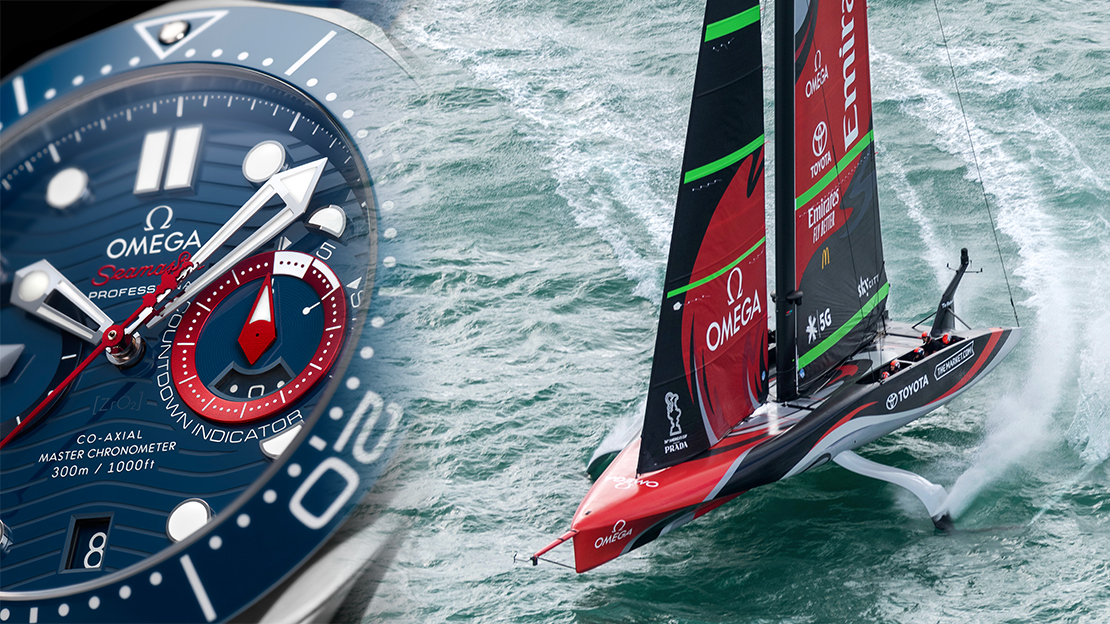 The America’s Cup, the pinnacle of yachting, was first contested in 1851, making it the oldest trophy in international sport. Its even older than the modern Olympic Games by 45 years. On that first race, Queen Victoria was watching the first race from her Royal Yacht. When the first boat emerged from the afternoon mist, it was revealed to be a schooner named America. The Queen asked one of her attendants as to who was in second place. The reply was “Your Majesty, there is no second place.” That has been the description of the America’s Cup ever since.

Built from stainless steel, the 44 mm chronograph has a blue ceramic dial and bezel, the latter features a white enamel diving scale. Timing is very important in yacht races, especially in the high seas when the course has to be changed after a certain distance and time. But it is equally important at the start of the race, to try and get ahead of the fleet. To get a better handle on the chronograph buttons of the watch, OMEGA included soft-touch rubber pushers, ergonomically designed to work efficiently in high swells and in wet conditions.

This chronograph has a metal bracelet and an additional rubber strap, both equipped with OMEGA’s new Quick Change system. One press of a button releases the pins from the watch head, enabling the wearer to switch easily between the bracelet and the rubber strap without having to use tools.