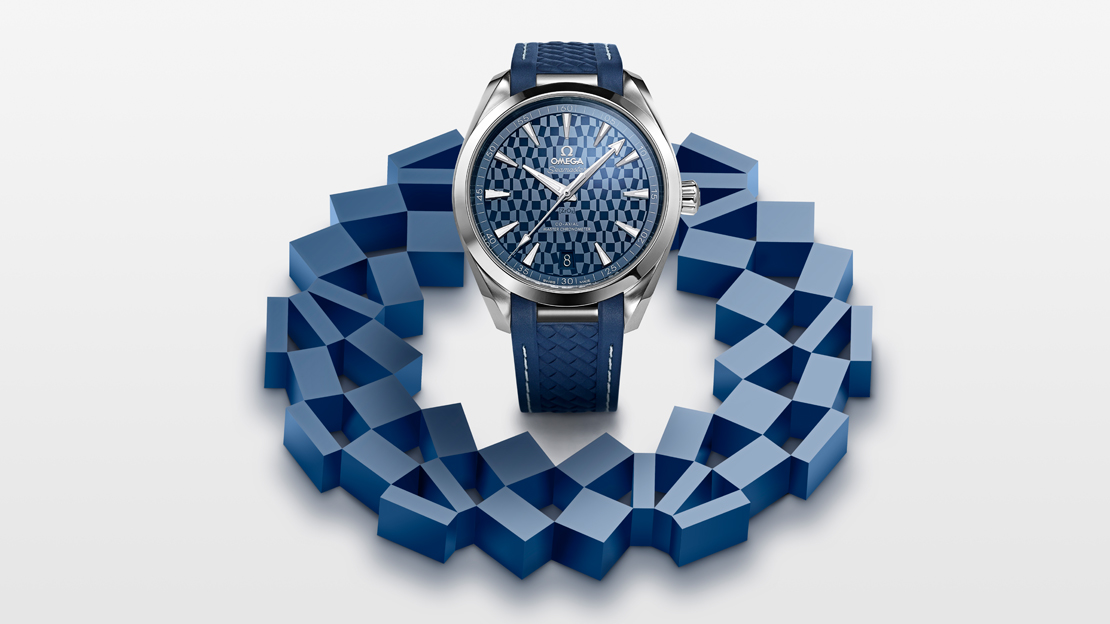 THIS time next year the Tokyo 2020 Games will be in full swing — the torch relay ends by firing up the cauldron at Olympic Stadium on the evening of July 24 — as Japan hosts the Summer Olympics for the first time since 1964 (the country hosted the Winter Olympics in 1972 and 1998). For Omega it will be its 29th chance to clock the events as official timekeeper.

The watchmaker first took to the Games in 1932 at Los Angeles. Since then Omega has introduced some timekeeping tech to the events. In 1948 it used the photoelectric cell, which is more accurate than relying on officials pressing a button, at the Winter Games in St. Moritz and the Summer Games in London; four years later it brought out a time recorder that printed out results; in 1964 the Omegascope allowed instant games timing by superimposing this on televised broadcasts, marking the first fully electronic Games; in 1968 Olympic swimmers for the first time had to merely touch a pad in the pool to record their times, putting poolside officials out of work; Omega’s Scan-O-Vision at the 1992 Winter Games in Albertville let speed skaters log digitally measured times to the nearest thousandth of a second; in 2010 in Vancouver an electronic red flash gun with speakers replaced the traditional starting pistol, translating into more precise start-time recording; and at London 2012 Omega’s Quantum Timer, which has a resolution of one millionth of a second, revolutionized Games timekeeping accuracy once more.

As Omega sets out for Tokyo 2020 (after having seen duty at Rio 2016) it releases two special Seamaster renditions to mark the occasion; the Seamaster Aqua Terra Tokyo 2020 and the Seamaster Planet Ocean Tokyo 2020. Both are limited to 2,020 examples.

These Seamasters follow Omega’s 2018 release for the Japanese market of a five-piece Speedmaster Tokyo 2020 collection, with each watch representing the five colors assigned to the Games’ five participating regions; Africa, Asia, America, Europe and Oceania.

The new commemorative Aqua Terra, based on the Aqua Terra 150m, debuts for the collection a ceramic dial. In this watch the dial comes in blue, on which surface the pattern taken from the Tokyo Games crest is laser-engraved. Matching this décor is the Tokyo 2020 Olympic logo printed on the sapphire crystal window of the caseback. A blue rubber strap with curved ends (a steel bracelet is also supplied) and a special presentation box complete the package.

As an Aqua Terra, the watch is housed in a 41-milimeter-wide steel case with a redesigned screw-in crown and a sapphire crystal cover on top. It has applied indices; these and the hands are coated with SuperLuminova. The watch is water-resistant to 150 meters.

Beating within it is Omega’s self-winding cal. 8900. This movement is a solid deal, boasting not only of a master chronometer status but also of a co-axial escapement, a pair of mainspring barrels (so power reserve is placed at 60 hours) and anti-magnetic protection for up to 15,000 gauss. It oscillates at 25,200vph. It is well decorated.

The Seamaster Planet Ocean Tokyo 2020 is more oriented toward Japan rather than the Games. Taking the Planet Ocean’s midsize 39.5-millimeter-wide steel case, the Olympic version is nearly an all-white affair, save for the red accents provided by the 20-minute marker on the ceramic rotating bezel (the markers are the result of Omega’s Liquidmetal high-temp technique) and the lollipop tip of the second hand. The red on “20” comes from liquid ceramic, that on the lollipop is varnished. The dial is polished white ceramic.

Based on the Planet Ocean 600m, the Tokyo 2020 piece is fitted with sapphire crystal top and back, with the Tokyo Games logo printed on the latter. Both the caseback and crown screw in place. Water resistance is set at 600 meters deep. There is a helium escape valve at 10 o’clock.

Powering this Planet Ocean is the in-house, self-winding cal. 8800, which is identical to the cal. 8900, only it has a power reserve five hours less (55 hours). Still, it’s quite a movement.

Rounding out the Planet Ocean Tokyo 2020 package are a steel bracelet and a Nato strap accompanying the white leather strap, and a unique presentation box.