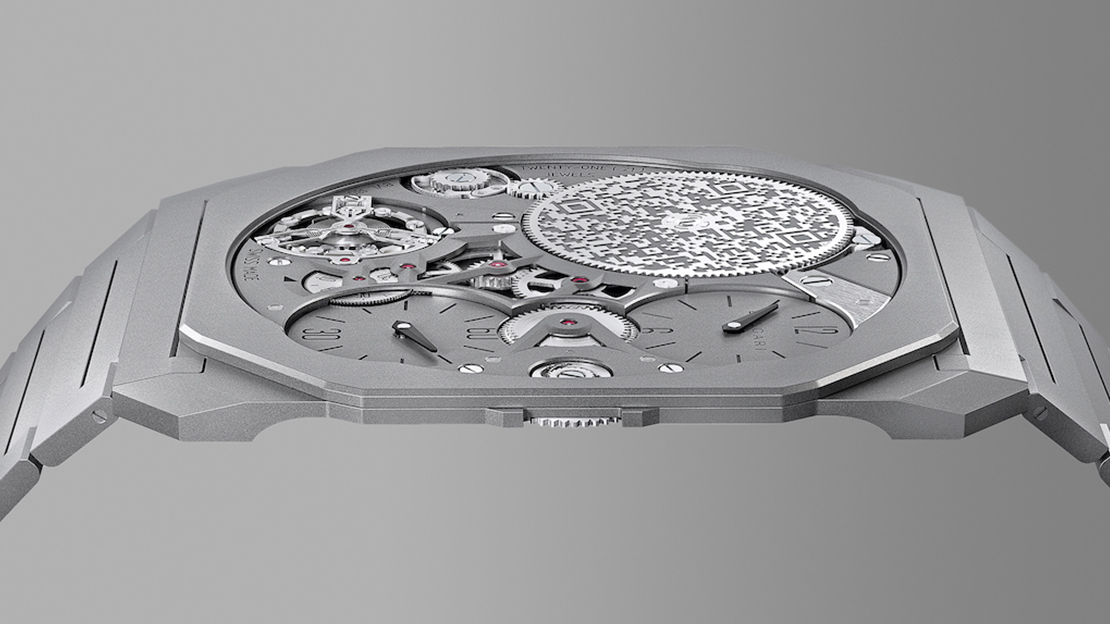 The Bulgari Octo has been an iconic design since its initial launch in Rome back in 2012 with the Octo L’Originale. It was an amalgamation of sharp edges mixed with the smooth arc of a circle. The lines were contrasting but in a non-disruptive manner. It was the perfect combination of Swiss watchmaking with the mastery of Italian elegance.

This year, on its tenth anniversary, the Bvlgari Octo celebrates with the unveiling of an extraordinary timepiece that recently achieved its historic 8th world record as the world’s thinnest mechanical watch.

This momentous event was celebrated on the legendary Piazza della Rotonda in Rome where the Pantheon is located. The facade of this Roman temple reveals 8 granite columns at the fore. The columns are the perfect symbolism for the eight consecutive world records that the Bvlgari Octo received, a feat that will be very difficult to match.

The Octo Finissimo Ultra has a diameter of 40 mm with a thickness of only 1.8 mm. The titanium bracelet is measured at 1.5 mm thick. At the 10:30 position is a ratchet wheel. Engraved on it is a unique QR code. This unique feature links the mechanical world with the digital world. The first ten owners of the Octo Finissimo Ultra will receive an exclusive NFT artwork that guarantees the authenticity and uniqueness of the watch.

The Octo Finissimo Ultra is powered by an ultra-thin movement with manual winding. The BVL180 calibre beats at 28,800 Vph with a 50-hour power reserve. The 40 mm case is made of sandblasted titanium and has a tungsten carbide main plate. The black PVD hands display the hours and minutes. The winding, time-setting, and ratchet wheels are made of stainless steel.