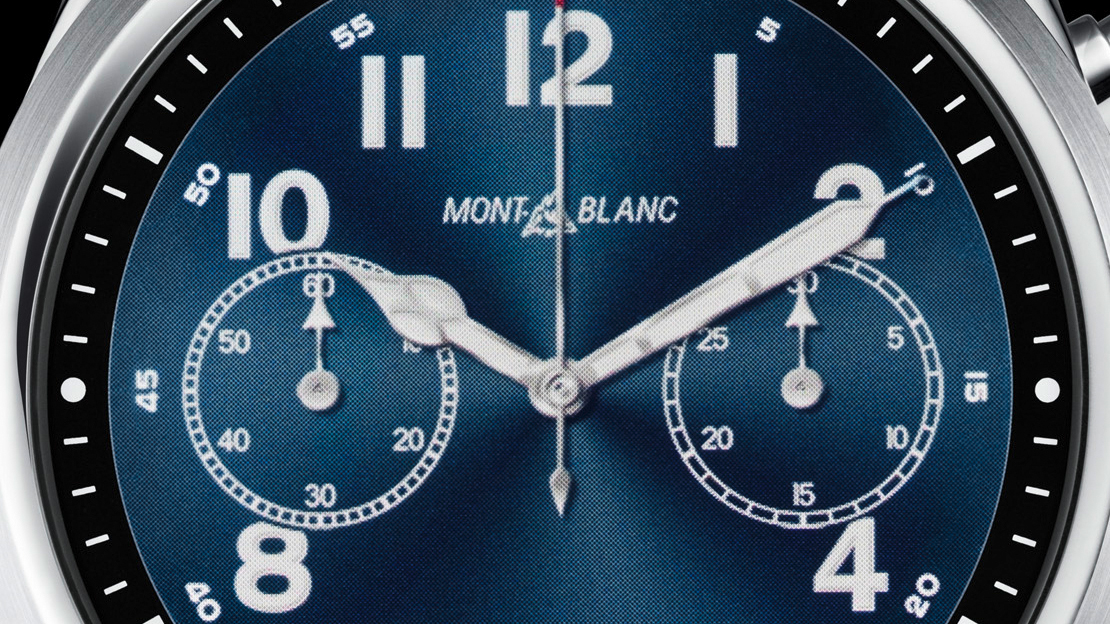 SMARTWATCH. It may not quite pique the interest of the horology-afflicted. But its virtually endless list of functions, not to mention its ability to pair with other digital devices, holds a certain appeal which even watch enthusiasts cannot deny. Plus, there is this less perceptible trait a smartwatch is capable of; it can make people not particularly interested in timepieces develop a fondness for such wristwear, thanks to its utter functionality. In time, oh there’s time, they may even get to love watches.

For Montblanc, a smartwatch may also serve as the entry point into the brand’s line of premium mechanical timepieces.

These were some of the points arrived at during a casual conversation surrounding the arrival in Manila of the Montblanc Summit 2 smartwatch. Apparently, the device is pitched for such traits.

Montblanc first launched the Summit in 2017 as a genuine luxury smartwatch. But while it leaned toward classical watch looks, the device came in a 46-millimeter-wide case. The succeeding Summit 2 introduced in October last year made the piece more manageable — and unisex, according to Montblanc — by reducing its size to 42 millimeters across. The smaller size also boosted the watch’s trompe l’oeil design codes; the Summit 2’s dial can be configured to look like models from Montblanc’s 1858, Timewalker and Boheme collections. Well, a built-in dial configurator can arrange more than a thousand combinations of customized indicators, background, hands and complications, too.

Adding to these choices are cases in black DLC steel, steel, bicolor steel and titanium, which can then be matched to 11 strap attachments that include calfskin leather, Milanese steel, rubber and nylon. A quick-change strap device is particularly useful.

Propping up the Summit 2’s ability for classical aesthetics — most of its dial display options are digital — are a pair of “pushers” flanking the “crown.” The former are meant to select and activate functions, the latter rotates, just as a conventional watch crown, to scroll through menus. The dial is a touchscreen panel. The Summit 2 is quite intuitive to use.

Speaking of which, its myriad of functions count in the Google Assistant, which by itself offers digital services and performs various tasks befitting the term “assistant;” smartphone-paired notifications for incoming calls, messages, social media updates, calendar events, news and other stuff; built-in smart replies which can be done even by voice dictation; the Timeshifter app that provides personalized advice to minimize jet lag and the Travel Info app that integrates language translations (Montblanc is all too aware its clientele are world travelers); and Google Pay for cashless transactions.

The Summit 2 is a fitness tracker, too. Its host of features dedicated to this include the exclusive Montblanc Running Coach app that has a Firstbeat analytics engine; an integrated live coach that sets the ideal pace and intensity level during training; an improved heart rate algorithm and monitor; and enough water resistance to let the watch go swimming. GPS not only allows for navigation, but also precise fitness tracking.

Like a conventional timepiece the Summit 2 obviously consumes energy. Montblanc reckons the watch can last an entire day, if starting out from a full charge, in its “always-on” ambient mode — the watch’s dial is visible at all times — and while running Wear OS. But if some smartwatch functions are deactivated, the Summit 2 can last another three to five days, all while still being able to instantly display the time.

A smartwatch is a watch, after all.