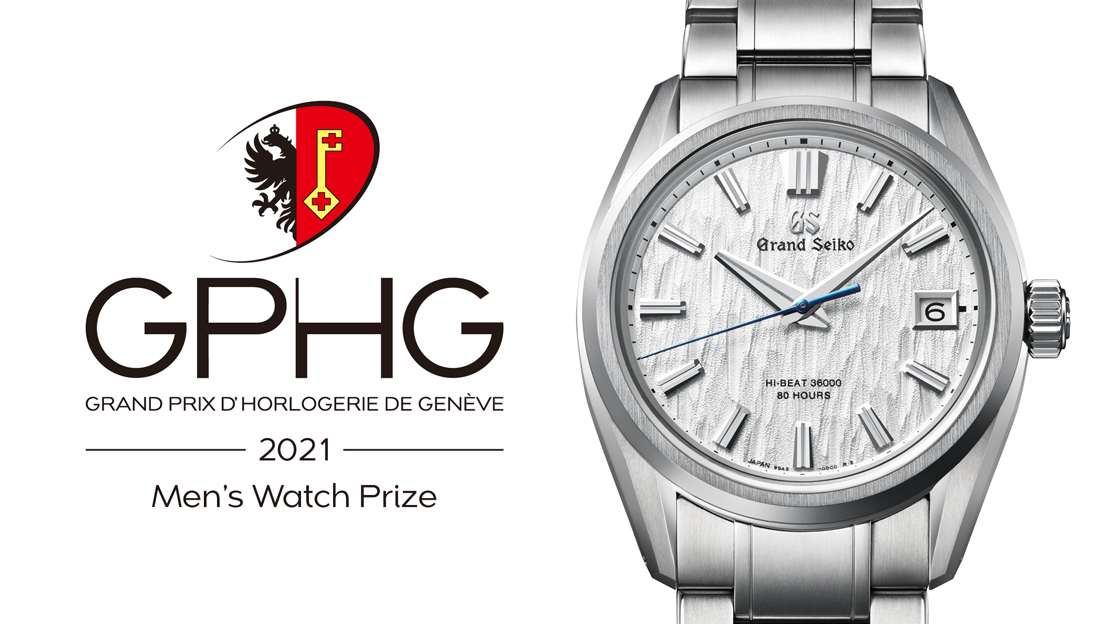 On November 4, the 2021 Grand Prix d’Horlogerie de Genève award ceremony took place at the Théatre du Léman in Geneva. Fourteen watches were prized for specific categories and five other prizes were also awarded for a range of other horological achievements. From the six nominated watches in the Men’s watch category, the jury of 30 selected the Grand Seiko Hi-Beat 36000 80 Hours as the best men’s watch of the year.

The Grand Seiko Hi-Beat 36000 80 Hours
The Hi-beat 36000 80 Hours watch offers a new perspective on the brand’s philosophy, The Nature of Time. Its dial is inspired by the slender and strikingly beautiful white birch tree forests that thrive in northern parts of Japan, and that grow in profusion near the Grand Seiko Studio Shizukuishi where this and all Grand Seiko mechanical watches are made. The design is true to the Grand Seiko Style defined back in 1967 with the celebrated 44GS, but its heritage is combined with a powerful contemporary feel that points towards a new era.

The watch is powered by the revolutionary Hi-beat Caliber 9SA5, which has a precision rate of +5 to -3 seconds a day and achieves a long power reserve of 80 hours. The precision, power and slimness of Caliber 9SA5 are the result of the radical re-design of key structures including the entirely new escapement and free-sprung balance developed in-house. Caliber 9SA5 will be the foundation upon which a whole new generation of Grand Seiko mechanical watches will be created in the future.

The award was accepted by Frédéric Bondoux, President of Grand Seiko Europe, followed by a speech by Akio Naito, President of Seiko Watch Corporation who joined the ceremony remotely from Tokyo, Japan. In his speech, Akio Naito said, “This watch exemplifies Grand Seiko’s never-ending pursuit of watchmaking excellence in every aspect. We are honored that the tradition of quality and spirit of Grand Seiko’s watchmaking is recognized at our industry’s most important award ceremony.”